For Solace, Look to the Birds, this was the title of The Wall Street Journal opinion piece that my mom sent to me during the summer of 2020. The summer of lockdown and the unknown. Throughout the evolution of staying home and staying away from all the normal things we used to do as a family, we became even more entertained and fascinated by the birds outside our windows than we had before. As I read through the article it was nothing new to me, an avid birder. But what struck me is that I never understood why I liked birding so much. And yet…I continue to do it, and I continue to find solace, nearly seven months later. 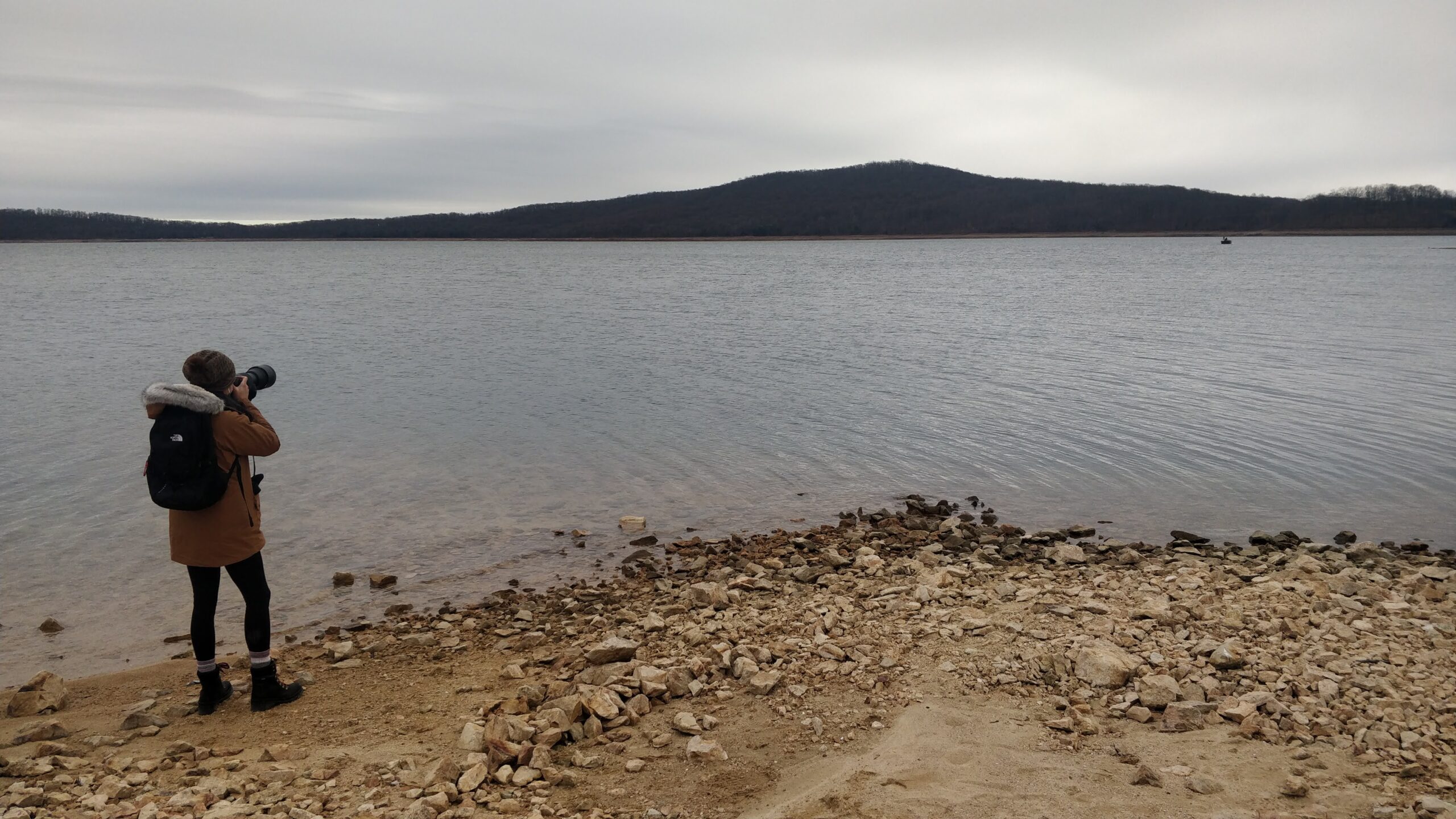 The only conclusion I came to after much deliberation is that birding can be equated to fly fishing. My dad taught me how to fly fish at a young age on a pond behind our home. It was a long walk to get there, and most times I came home with my head hung low because I didn’t catch a thing. And yet, I would venture out again with my dad a few days later to do the same thing. 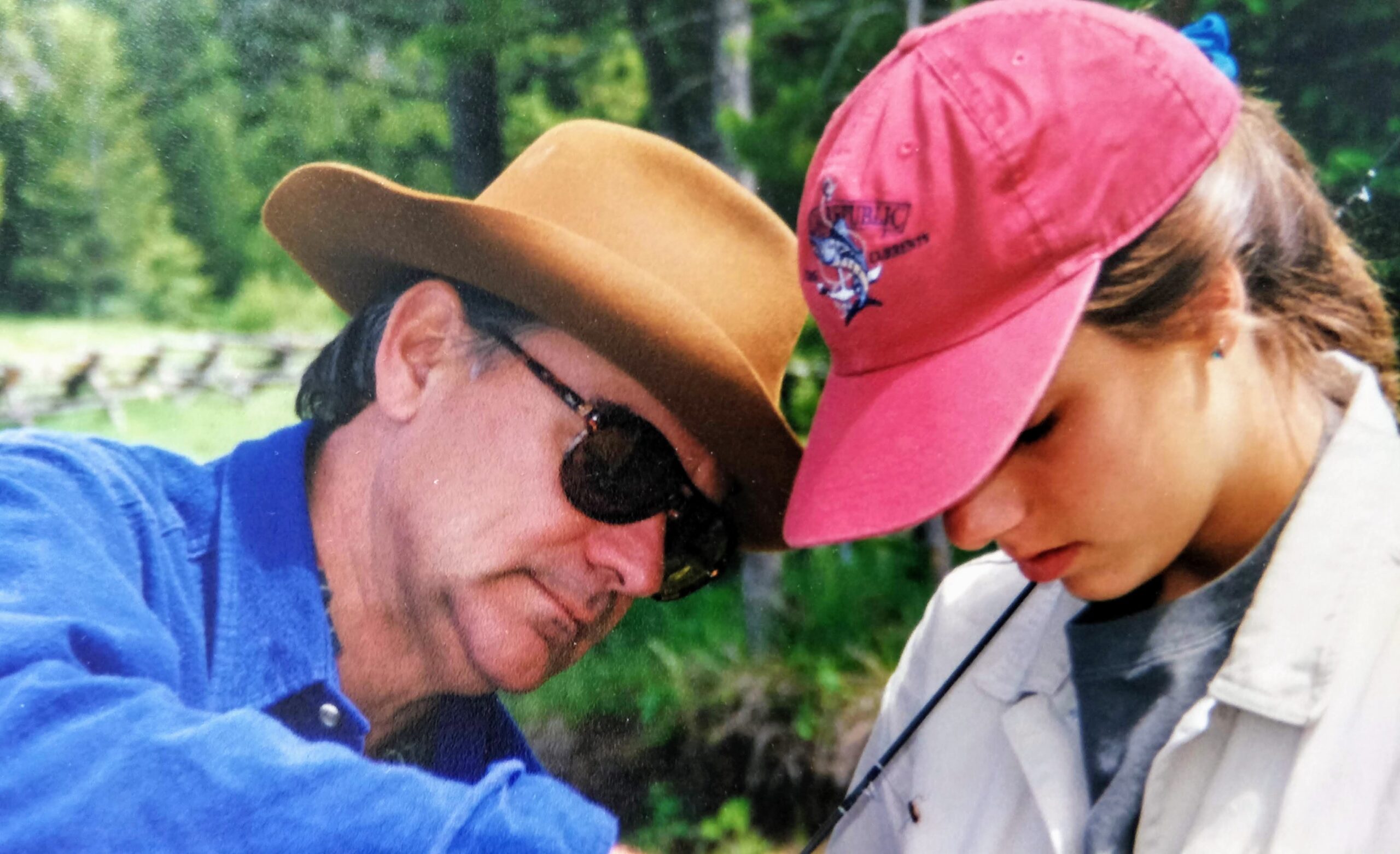 Yet, I learned, you know the fish are in the water. Sometimes, you even see them. I learned that you just traveled great distances loaded with gear to get to a good spot. (When I was 10, it felt like the longest walk in the world). Sometimes the fish bite, sometimes they leave you questioning yourself.

That is why birding is so wonderful. 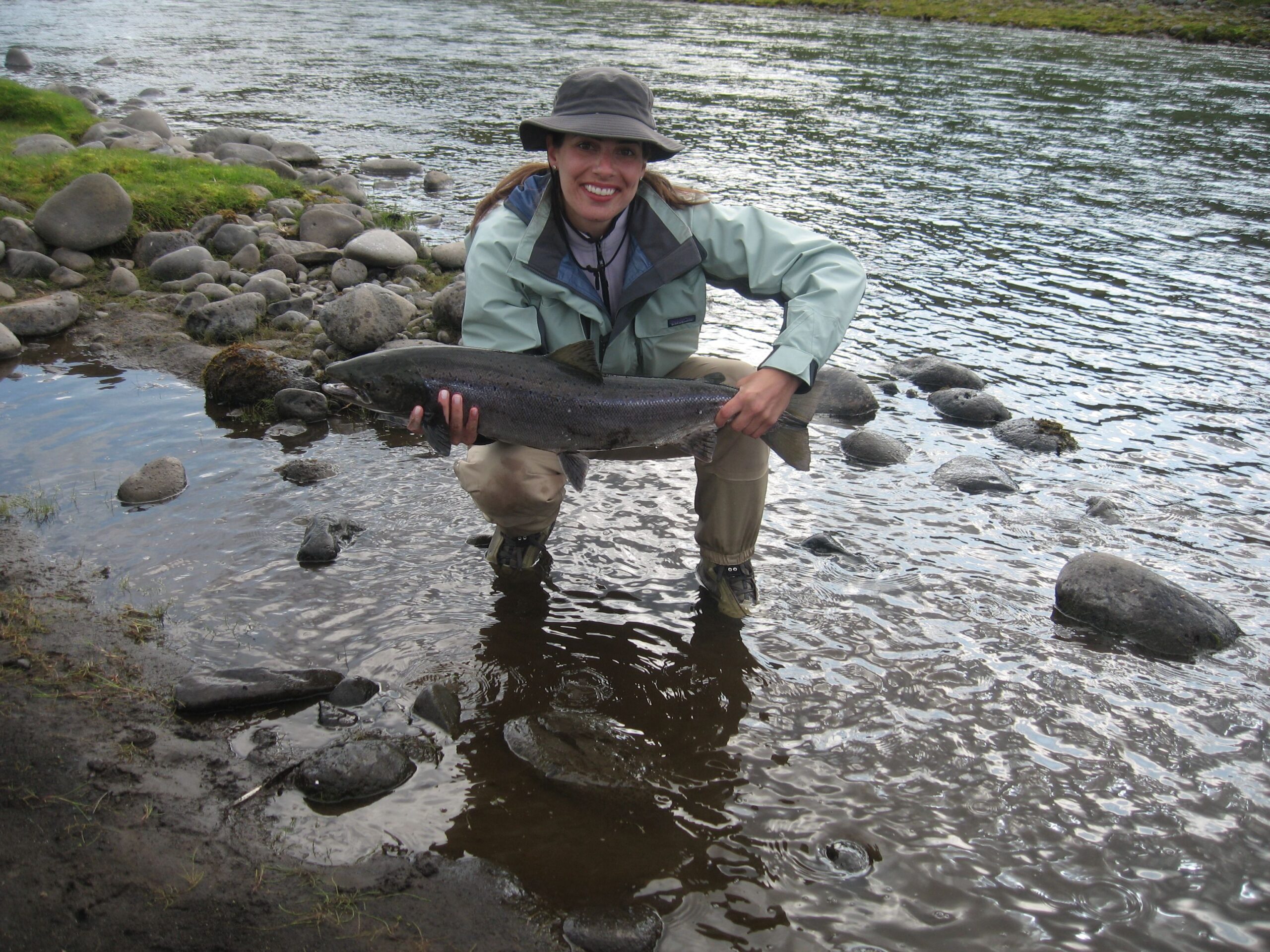 Fast forward twenty years and I am still learning how to fish with my dad, only on a much bigger body of water. Sometimes on the most frustrating days on the water, you know the fish are there, you know that they are biting, and often they take a nibble, swim away and leave you kicking the ground knowing that those fish outsmarted you. All the while, you have been contemplating outsmarting them for the last 5 hours standing with a rod and reel in your hand, often in crystal clear water. Usually in the rain, or the freezing cold. Fish don’t like the sun.

Birding is the same way. There are good bird days, horrible bird days, and sometimes an event so monumental, you can’t wait to go to sleep just so that you can get up and try to recreate the epic events of the day before.

A good day of bird watching or fly-fishing is something you talk about for hours on end, to everyone who will listen!

Some days we have a flurry of bird activity even just outside our kitchen windows. Others, it is like the birds have disappeared. You know they are there, or at least you thought that they would be. While there are other times when you least expect it. A Bald Eagle fly over or a small flock of Cedar Waxwings appear to glean some berries off a bush, only to disappear just as swiftly. But in that moment, it takes your breath away. The best part of all, seeing something new. It took nearly 2 months to ID a Ruby-crowned Kinglet that we saw dancing around in the ferns in our front yard! The ruby crown is seldom seen!!!

During the summer of 2020 we noticed a much larger diversity of birds in our yard than we had any other year. We had  Common Yellowthroats, Eastern Towhees.  We had a Golden-crowned Kinglet. We had American Redstarts. Truth is, those birds were no doubt in our yard all along, we just never were present enough to notice them. We were also home a lot more, and found solace in watching them.

The driving force behind starting this blog in the first place was about two years ago that I really found myself looking to the forest, sky, ground and fields for inspiration, for beauty and mostly just for fun. In fact, there is a thrill in spotting something, not knowing exactly what it is, and then later identifying it.  The real laurels exist in going out again and finding it. Again, the similarity to fly-fishing — you see the rings in the water, you know the fish are there. You just can’t tell how big it is or how long it’s been in the river. But, with patience and a steady mind you know that later, whether it takes twenty minutes or 2 hours, you will see that beauty of a fish, and let it go. You might even go out again, the very next day, at the very same time, and hope to replicate the sighting. 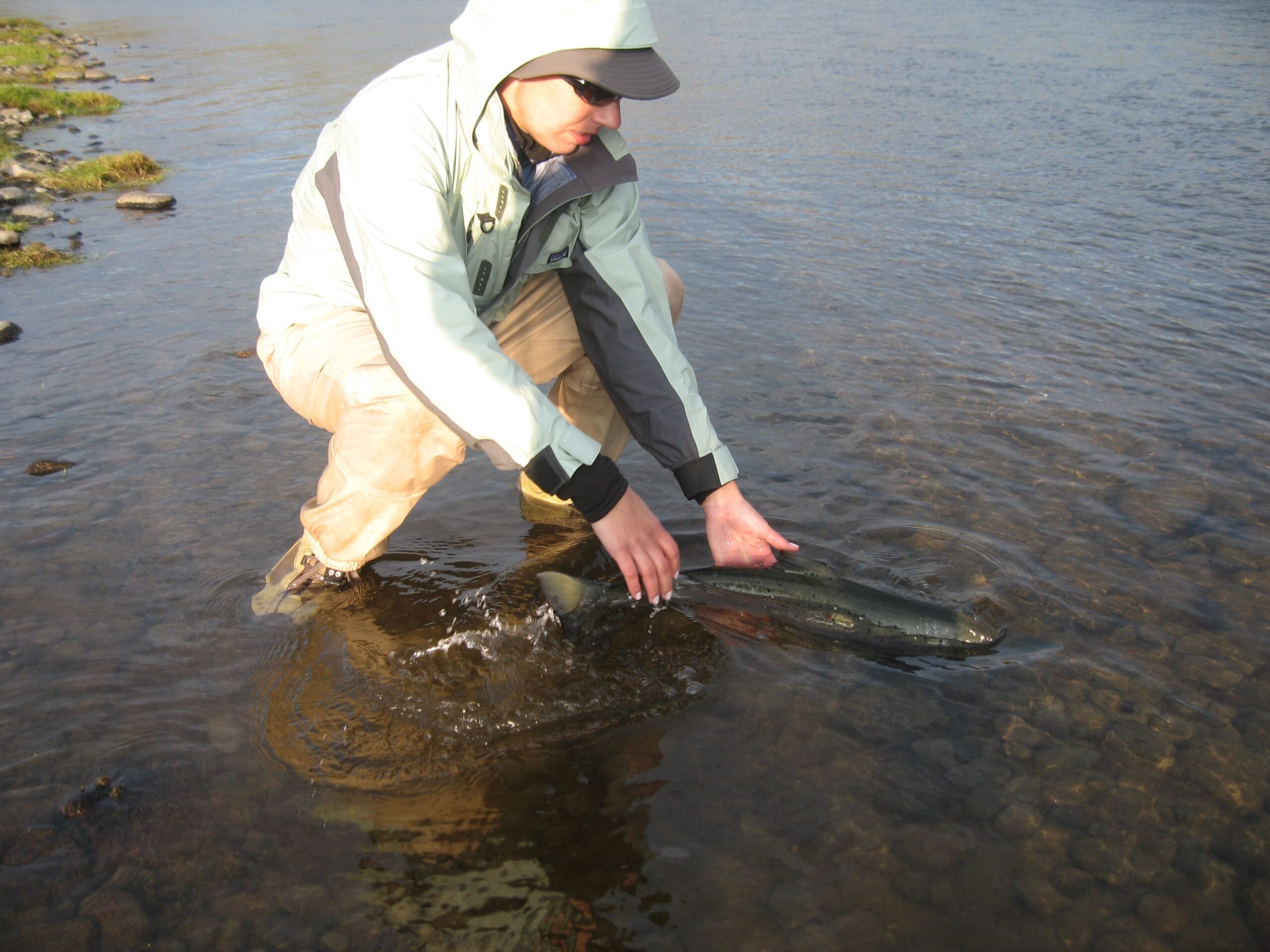 On a cold December day just before we were about to close out the lengthy burden of 2020 my family and I were taking a long afternoon walk near our home. We are walking distance to a golf course that is currently not in use. (Every summer evening in 2020 we walked the fairways, plucking the occasional blackberry from the hedgerows along the way.) With miles of open space and countless old growth trees, the birder in all of us enjoys the walk immensely. There ahead of us, on a pine that had to be over 150 feet tall was a small outline in the late December sun. Too big for a songbird, yet too small for a hawk. It wasn’t until I placed this unknown shape in the viewfinder of my camera that I was able to determine what it was. Realizing that it was none other than a Merlin, my spirits were high that day. Nearly as high as the pine this stunning bird used as its perch.

The very next day I walked out to the same area at the same time of day hoping to catch a glimpse. It was not so. I was outsmarted. Still, every time I pass that tree or any pine as tall as that one…I look up with the hope of seeing it once again.

The world of birds I find truly fascinating. I am delving into more and more about their habits, their migration patterns (for some) and the more I read the more I know there is so much about them to learn.

The day I saw the Merlin I was really hoping to spot a Belted Kingfisher. A bird I had seen often, but had never been fast enough to get one on film. I got the Kingfisher, but then it was about 30 minutes later that we came to find the Merlin just as the sun was going down. Again, just like fishing, you think you are going out to fish for salmon and instead you get a char or a trout. While it surely was not what you were planning on in your head, you willingly accept! Then you talk about it. “Can you believe how AMAZING that bird was?” “Wasn’t it so beautiful to see?” For hours.

I was sitting in my front yard one afternoon just before Christmas trying to get a picture of a Northern Cardinal on a pine tree. The quintessential holiday photo that I had long been after, only I soon realized that it was not meant to be. Instead, in my patience sitting still I happened to notice a Red-tailed Hawk flying right towards me. I started shooting away with my lens to the sky, hoping that we would remain connected. The way that bird was looking down at me was positively chilling. It was an amazing experience. Having seen one hunting in our meadow the past few mornings at the very same time has been a joy to watch. Their majesty is unparalleled. The more I read about them, the more I want to learn.

The good thing is…while looking to the sky has kept me grounded, I can say with certainty, that the end of the pandemic will not be the end of my birding.

The majesty I see outside our windows every day will not come to a close when the lights go out on COVID-19, I say, I’m just getting started.

Yesterday, and the day before, I saw that Merlin again…in fact I saw two!!! Did I have my camera with me at that time? NO. I did not. But that is okay. Being outsmarted is what keeps me going out again time and again. Whether it be for fishing, or for birding.