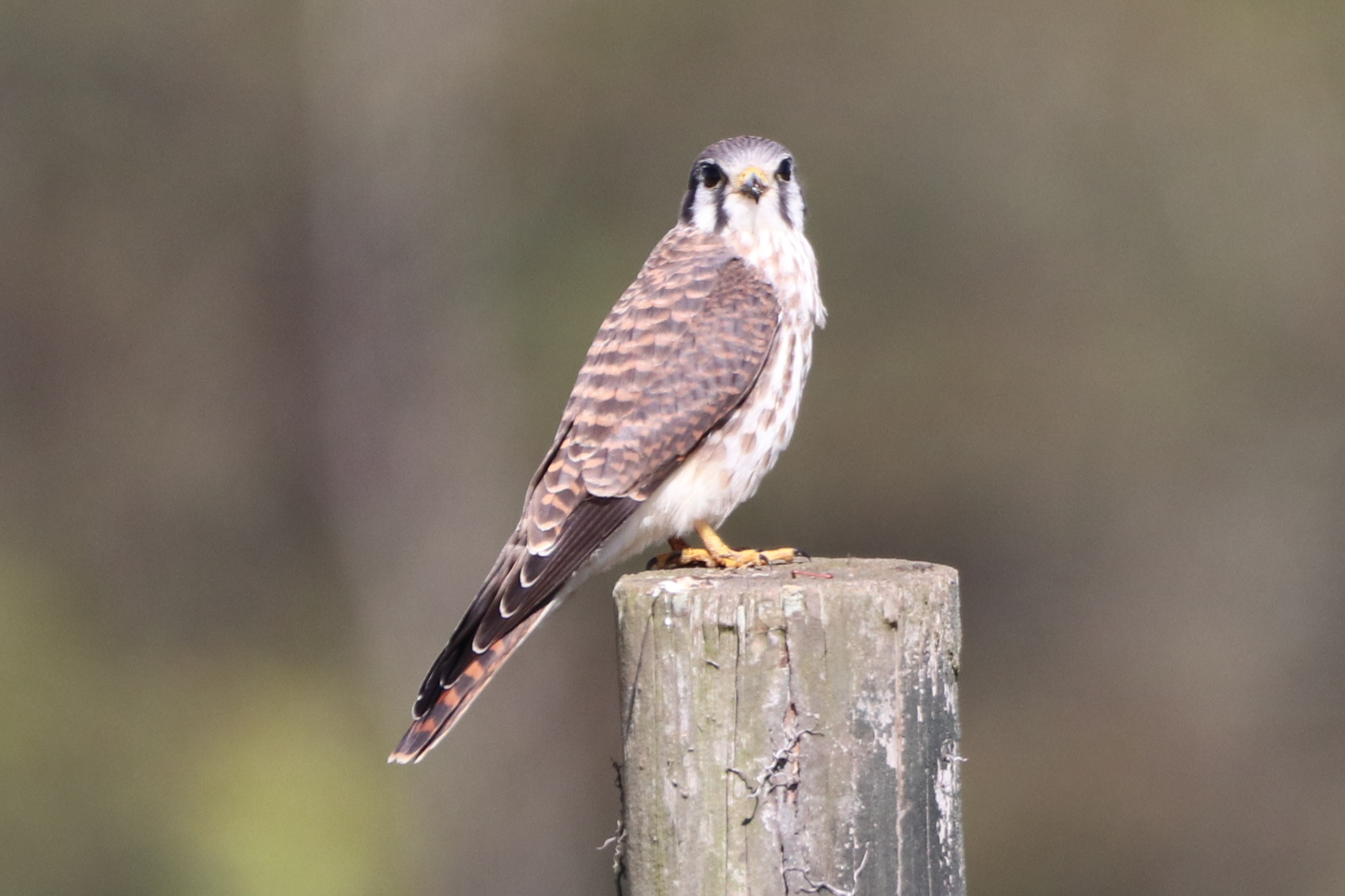 Before we can tell you the story though of how some local bandits made off with some jewelry, you must first understand the location that the event took place. What was at one point going to be approximately 1,050 houses and a 30,000 square foot shopping center is now preserved land and prime real estate for the world’s smallest falcon, pictured above, Falco sparverius or American Kestrel. The land was saved from development approximately ten years ago thanks to the dedication of D&R Greenway. Historical Side Note: From 1896 until 1973 this was the home of St. Michael’s Orphanage and Industrial School which was operated by the Catholic Diocese of Trenton. After the orphanage was closed, the building where the children lived and went to school was torn down and most of the land was leased to a local farmer. (Read full description here)

The combination of fields and forest, shrub land and wetland are very attractive to many species of birds. Over 100 species of birds in fact have been recorded in this parcel of protected land over the years. The American Kestrel, weighing in at about 34 pennies, have taken a liking to the nesting boxes in St. Michael’s Farm Preserve. And for good reason, those nest boxes are strategically placed there just for them. They have been constructed, installed, and monitored by local volunteers, and in some cases autographed by the builder. As in this one, by Dr. Oz. (Several more dot the countryside in the surrounding township both on private and public lands.) Kestrels are secondary cavity nesters, and habitat loss was one of their main hurdles in successfully raising their young in recent years. (Secondary meaning that they don’t hollow out their own tree, they use existing cavities, or abandoned woodpecker holes). Competition from European starlings and other cavity nesters also contributed to their on-going difficulty. Thanks to the addition of man-made cavities like this one (below), American Kestrels have been met with greater success rates over the breeding season. Males and females begin scouting for locations as early as March. 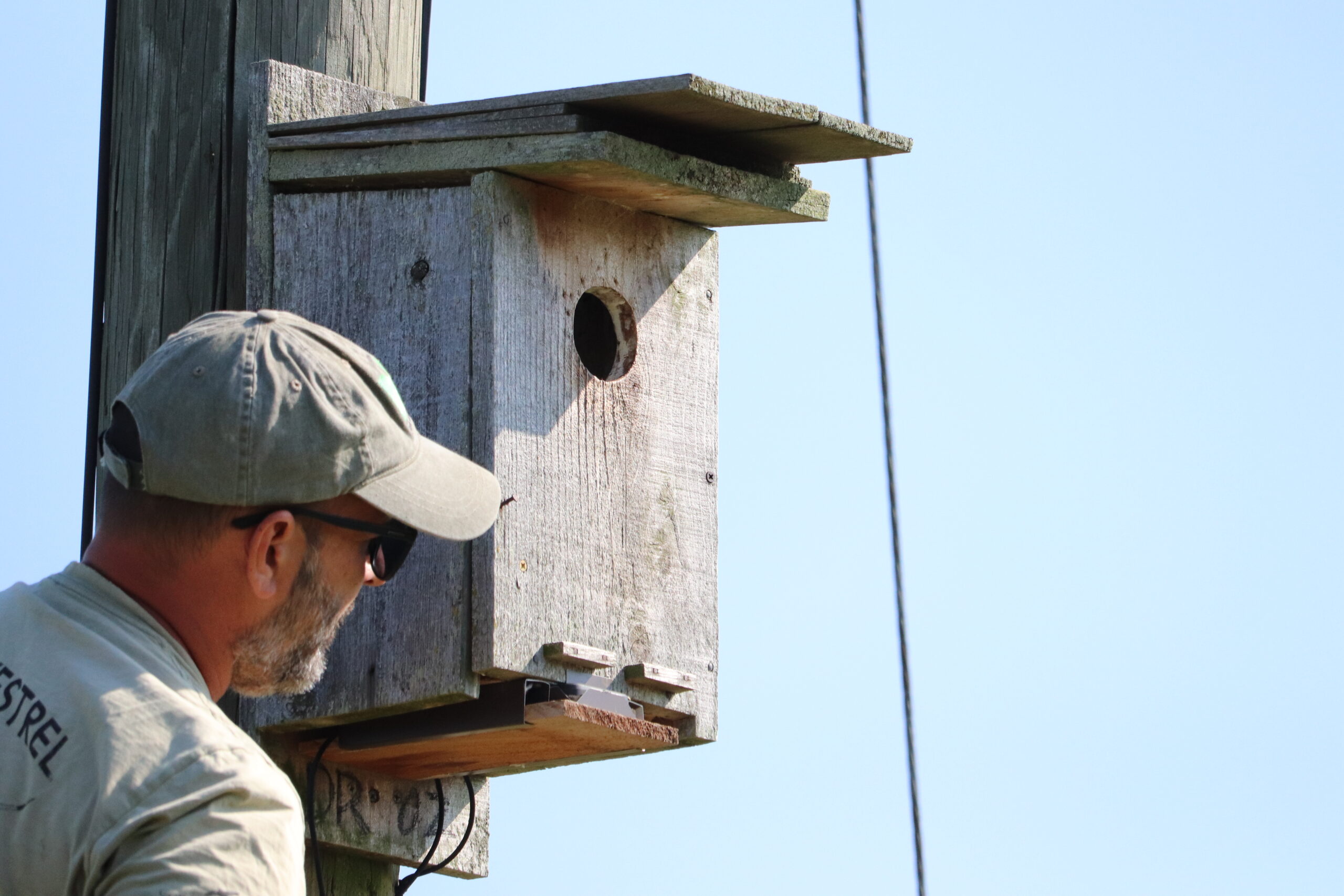 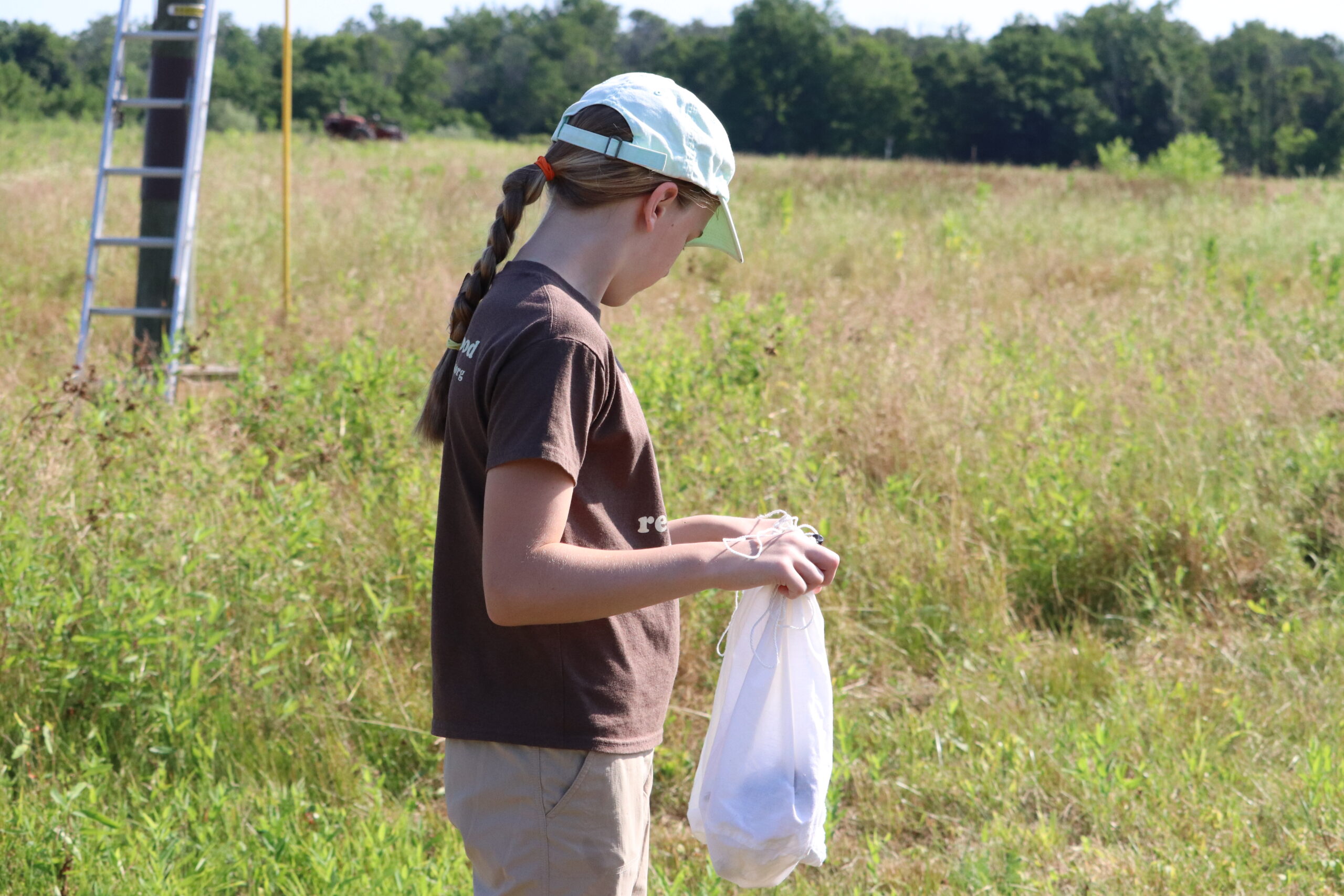 Yet, four American Kestrels looking a lot like tiny bandits with their black eye markings made off with some jewelry today at the St. Michael’s Farm Preserve, in Hopewell Township, NJ.  Silver colored bands were given to the 2 males and 2 females that occupy a Kestrel box high upon a lone telephone pole. (The picture above is of my daughter with the captured creatures…but only for the matter of science, not theft.) The Kestrels are carefully retrieved from their nest as well as some evidence that tells a story. That is…what the parents had on their meal plan rotation of late.

Until they are old enough to fledge, they will continue to feed on mice, crickets, and other small feasts (as evidenced by the remains inside their nest) brought in by the parents on a regular basis. An old iPhone in a waterproof case, carefully rigged to a battery source takes pictures of what the parents serve on the menu to these continuously hungry baby birds, and by the looks of it, they have been eating well. 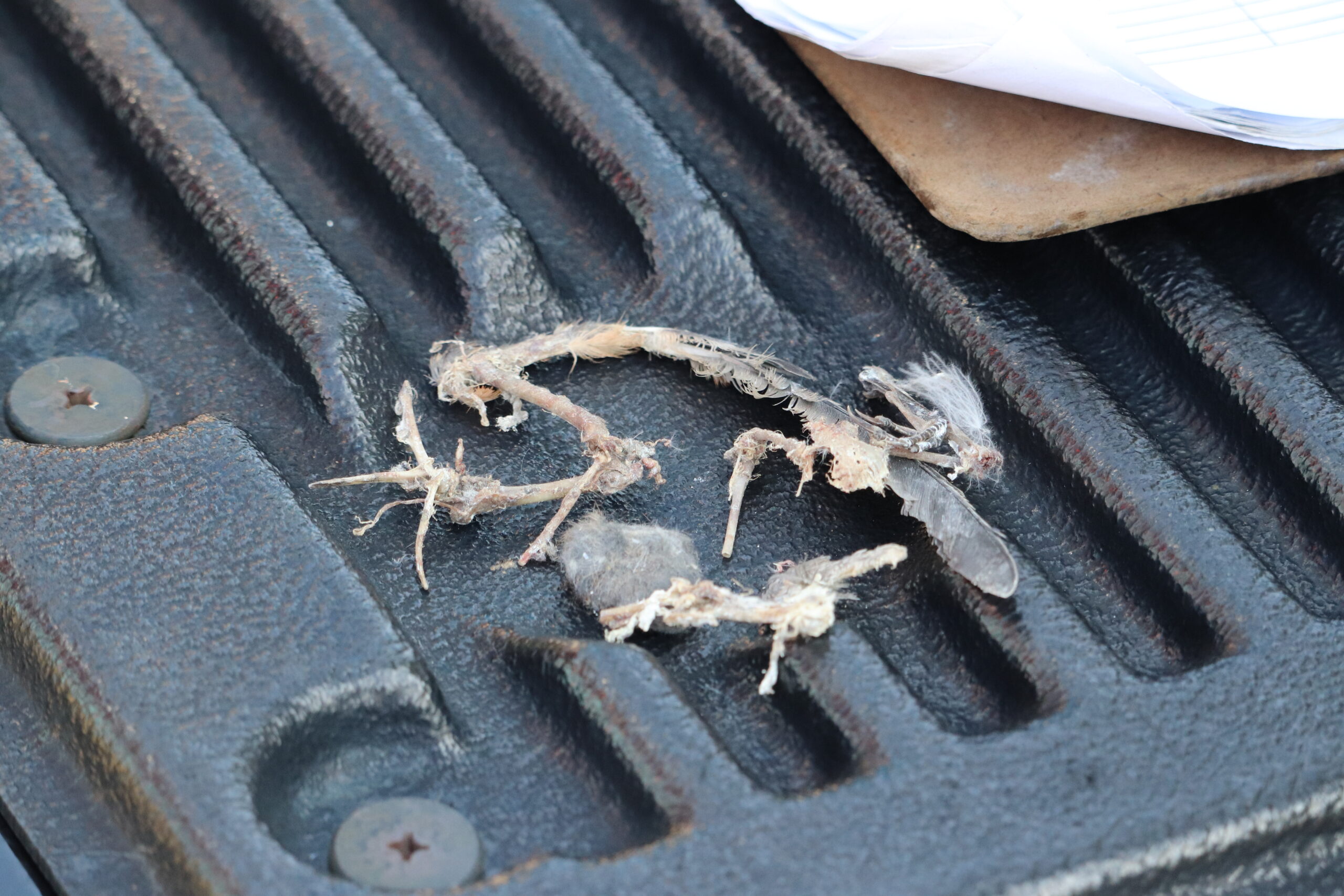 The fluffy little young falcons with intelligent eyes and shrill repeated klee! and krilly! like calls were weighed, measured and documented complete with a small blood sample and then given a bit of bling on their tiny leg with feisty talons. Bill Pitts (seen below) from the NJ Fish & Wildlife Service, Endangered and Nongame Species program, led the documentation and tenderly placed the youngsters back in their nest box once the bird banding operation was complete. St. Michael’s has had several success stories when it comes to American Kestrels in this particular preserved area of land.

However, were it not for organizations like NJ Fish & Wildlife, D&R Greenway Land Trust and Friends of Hopewell Valley Open Space, birds like the American Kestrel would not be making headlines about their success stories. With the help of strategically placed nest boxes that are regularly checked by local volunteers, and with the added benefit of a banner year in cicada populations last year, American Kestrels are feel-good success story that in this case involves jewels in the form of a bird band, but not any theft whatsoever.

For further reading on bird banding and why it is done on songbirds, owls, and raptors, refer to another one of my posts “Owl Wear That Now.”

One thought on “Band-its Get Jewelry in Hopewell”