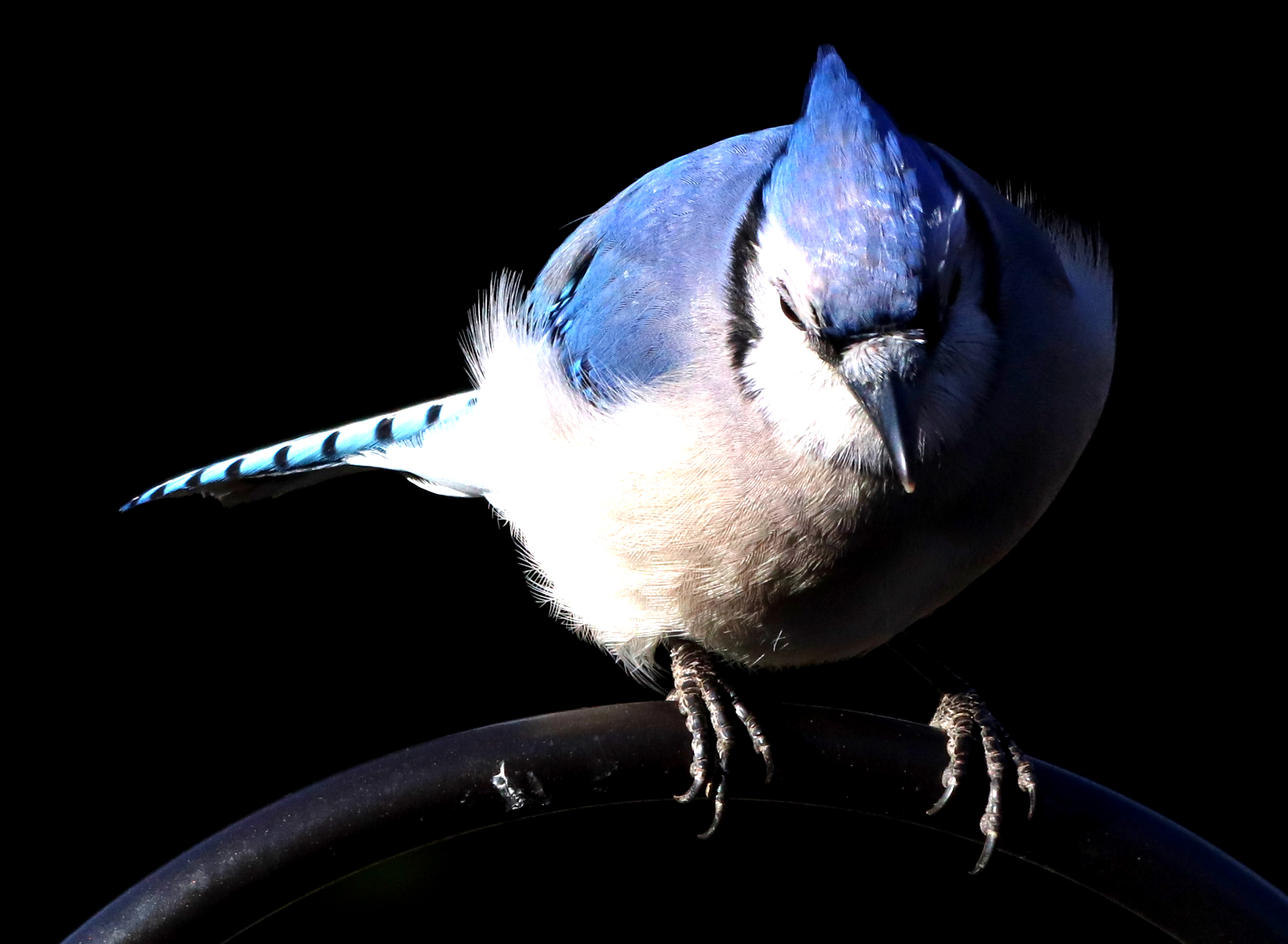 Blue Jays are notorious backyard birds. Loud, obnoxious and eating way more than their fair share of what’s at the feeder. They are also large and probably the most easily recognized backyard bird. Bothersome and brash.

Was I ever wrong about them. It was like everything I thought I knew about them was a ruse.

At some point in my organization of hundreds of bird photos, that ranged from Bluebirds to Owls, I realized that my collection was void of Blue Jays. I did not have a single photo of one anywhere. Not even a folder labeled as such in the hopes of getting a photo! They are common sight and yet, for whatever odd reason I never felt the need to photograph them. Perhaps it was just that, I see them all too often. Maybe I was mad at them for eating too many peanuts. Once I took it upon myself to watch them and further learn about them, my interest in them became more of an all out fascination. Now, I can’t stop photographing them. Sometimes I think they have had enough of me by now! 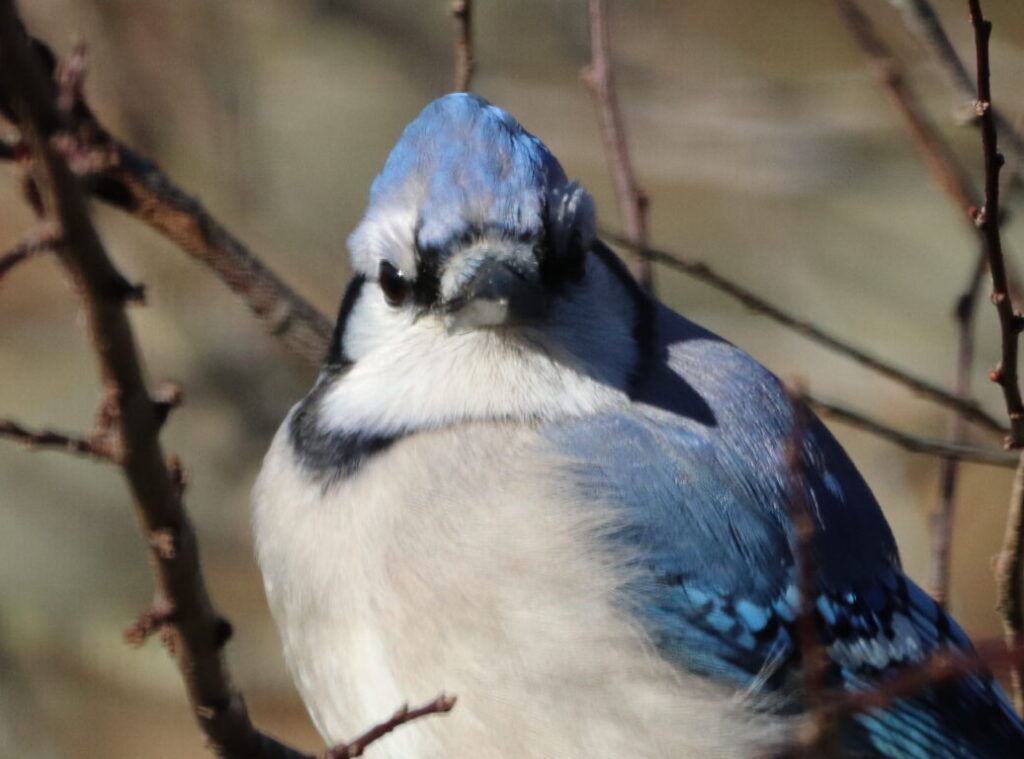 Blue Jays (Cyanocitta cristata) being a member of the Corvidae family, they are right up there in street smarts among the ranks of Crows, Ravens, and Magpies. Impeccably smart, and clever to boot, even making the list as among the top ten smartest birds. They are even able to imitate sounds. They can make the same call as a Red-tailed Hawk or even a Red-shouldered. And it’s a darn good one. Theories abound as to why they imitate, but it could be for an alert for their fellow jays, or it could be a ruse to clear out the local feeder and have the nuts to themselves. What a ploy!

They have a complex social system, and I also read that Blue Jays are typically monogamous for life. Though they have tiny differences in the black ring below their neck that may help individuals distinguish one another and the females may be a tad smaller… they are otherwise identical. 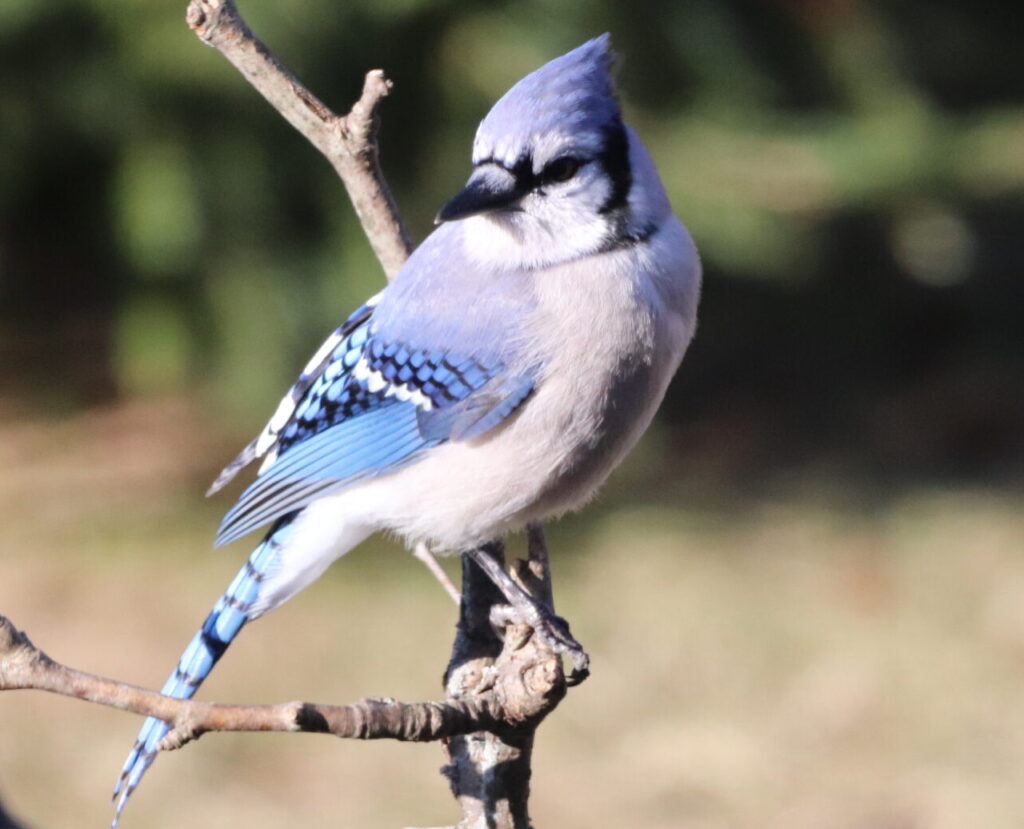 It may seem that Blue Jays like to take away the seeds from all the other smaller birds around. However, they are not as mean as the Red-bellied woodpecker when it comes to pecking order at the feeders. (Those woodpeckers are nasty and mean!) Blue Jays are intelligent enough to grab 6 or 7 nuts at a time, after that I lose count, hold them inside their crop, (an expandable pouch in their esophagus that temporarily holds food) and store them in different hiding places for later. If you happen to see Blue Jays bouncing around on the ground and poking their beak in the grass, that is probably what they are doing. I saw one take the time to cover his buried treasure with twigs and a fallen leaf, as if to conceal his stash…or to make it look like its more natural, and there’s nothing to see here! They are smart enough in fact to hide food up to 2 miles away from its original source! 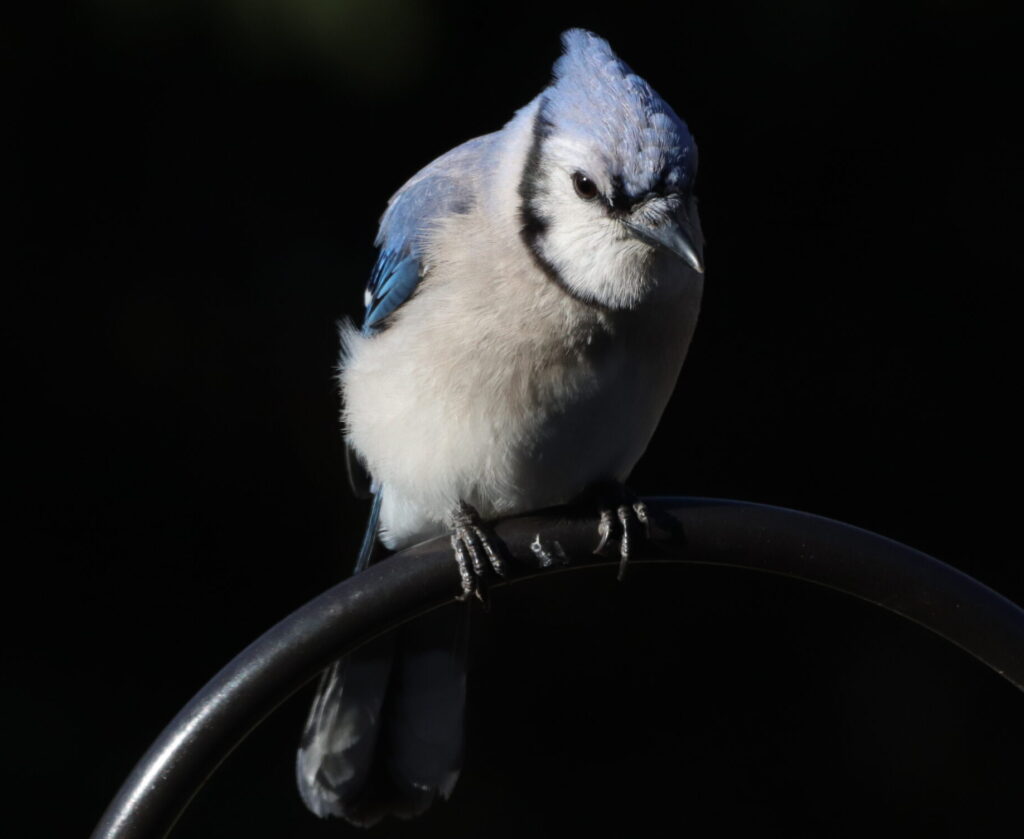 Blue Jays are often frowned upon as a “backyard bird” because of their obnoxious behavior and their overall demeanor of being rowdy. However, the other day I saw a bunch of Blue Jays fly over together when a Red-tailed Hawk perched nearby. The instinct to mob the bird and be overly annoying towards it was actually quite captivating. Was it over territory? Or where they just protecting each other? I would like to think that maybe they were even protecting the smaller songbirds nearby. They were gutsy and I applaud them. The hawk eventually flew off.

I was once in that school of thought that Blue Jays are an annoyance. Not any more. The more I read about them and learn their mannerisms, the more fascinating they become. Thanks to a recent Instagram post I read, I also now know that they are not actually blue!

What did you just say??

The blue we see is more of a trick. It is one of those “fool the eye” phenomenons. They don’t have any blue pigment in their feathers. Hold a Blue Jay feather up to the light so it is backlit. The feather turns brown. Hold the feather in normal light so the light shines down on it, and it’s blue. No joke. In fact, blue pigment is rare in nature. Instead, the pigment in a Blue Jay’s feathers — melanin — is brown, but we perceive it as blue because of a phenomenon called light scattering, according to the Cornell Lab of Ornithology. Now that is misunderstood for sure. Below is the same feather from a Blue Jay. On the left, held to a lampshade with the light off. On the right, held to a lampshade with the light on. 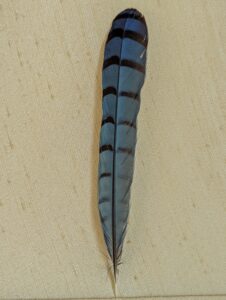 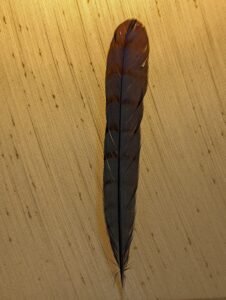 Seeing a Blue Jay in captivity at a nature center in Florida that cares for injured wildlife (that cannot be safely released into the wild) gave us a richer appreciation for these birds. He (or was it a she?) was singing away and bouncing up and down, it was more like I was looking at a Mockingbird. I had no idea Blue Jays were capable of such mimicry!!! It was truly amazing. Blue Jays in captivity have also been documented using tools. One used a piece of newspaper to reach for something that was on the ground on the other side of its enclosure.

Fun fact: the Northern Mockingbird is the state bird in five US states.

The Blue Jay is not a state bird in ANY US state. What is the deal with that?

The Northern Cardinal is a state bird in seven!!!

Apparently I am not the only one that had these birds all misunderstood in my mind. Next time you take a walk in the woods and you hear the piercing unmistakable loud alarm call of a Blue Jay…just know that they are letting the rest of the forest know this: “Man!, Man!, Man!!!!!”