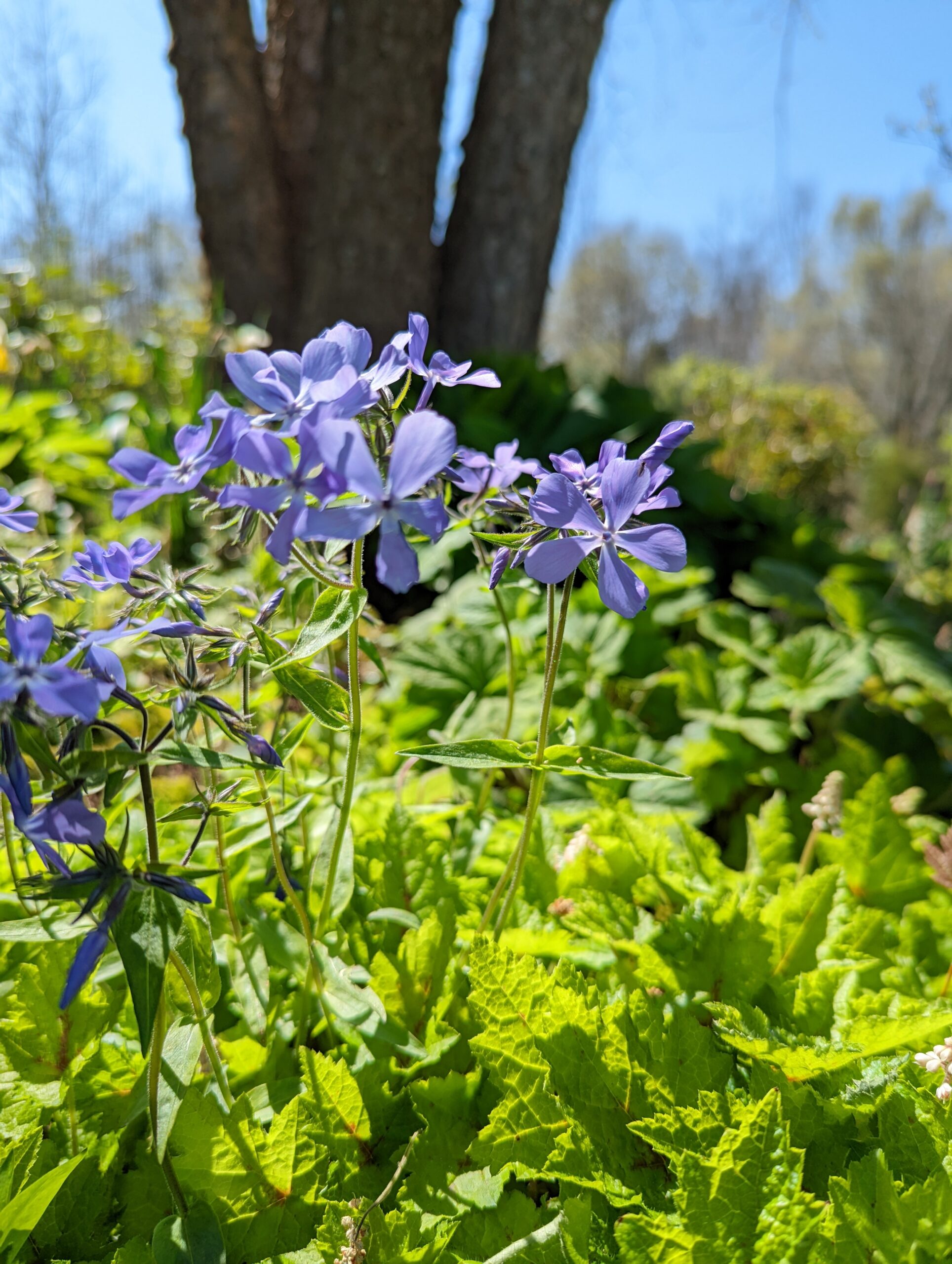 An early scene in my spring garden is the shaded perimeters be-speckled in periwinkle flowers. Interwoven between the almost emerged foamflower are the stout pointed green leaves of the Phlox divaricata. With its tall, macilent stems and but whispers for petals, they are a mystical addition to any shady garden.

Not so much of a specimen saying “I am a show stopper!”, but more of an understated prizewinner of early spring life and color. Attractive enough to tempt butterflies and hummingbirds yet so dainty it’s but a whisper of a thing swaying in even the slightest of breezes. And prize-worthy indeed: The Freeman Medal Winner for 2022. Phlox divaricata ‘Blue Moon’, commonly known as woodland phlox has been named:

2022 Plant of the Year: Freeman Medal winner by The Garden Club of America!

Like the gentle waves that lap up and back down again on a serene calm ocean bay, the woodland phlox is a low growing, ground covering bloomer that mingles this way and that reaching no higher than below the knee wafting up with a sea of simple fragrance.

To understand this little whisperer of beauty you need not look much farther than the Latin root of its species name. According to Lorraine Harrison in her 2012 RHS Latin for gardeners, the name means “with a spreading and straggling habit.” And phlox comes from the Greek word for flame.

Wandering its way around the garden, loving dappled shade (as the woodland name suggests), capable of surviving frosts one week, and 80 degree heat the next. Not complaining one bit about the vast spectrum of temperature it endures with ease. Once in bloom, the flowers are any shade of spring blues and pastels providing their soft spoken blue-lavender, light purple, or white beacons to early season pollinators. While the “blue moon” cultivar is as pictured, in pale blue-lavender as the name suggests, the flower also is available in other colors as well as pictured below (lavender and white and sometimes pink). 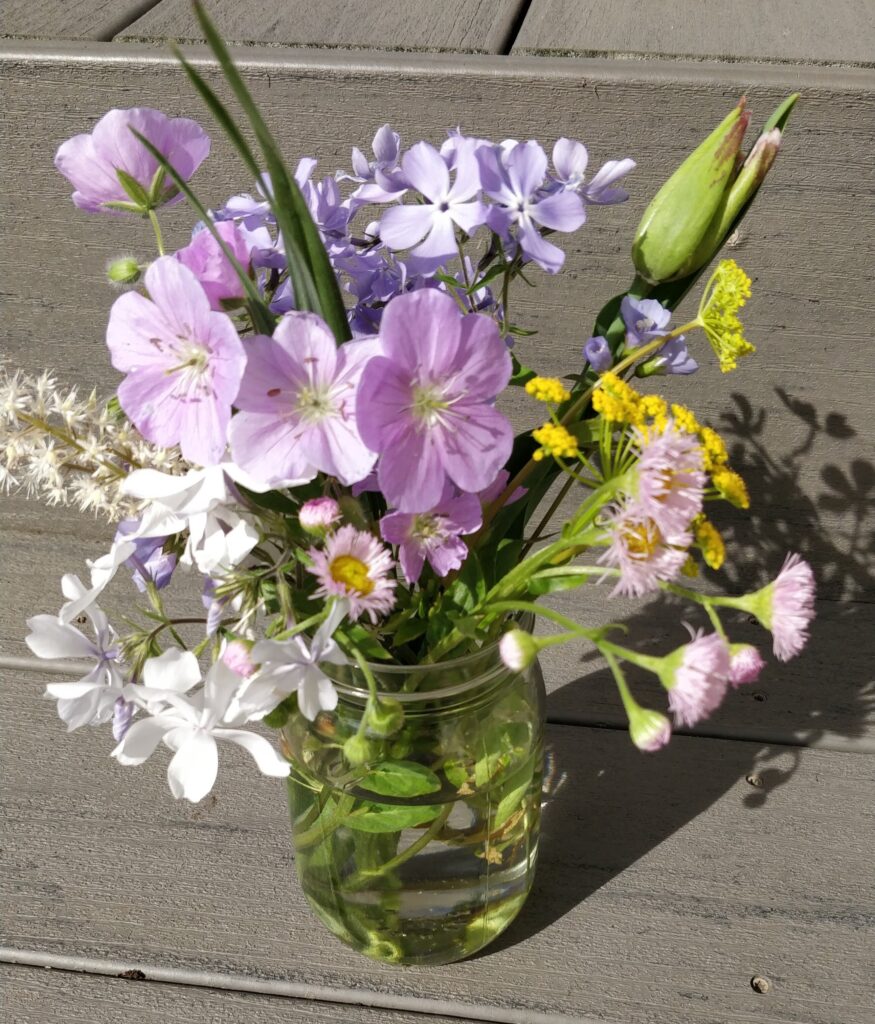 Phlox is self-incompatible, requiring cross-pollination to produce seed. The flowers are only pollinated by long-tongued insects including butterflies (especially tiger swallowtails), skippers, hummingbird clearwing and sphinx moths, and bumblebees which are able to reach the nectar.

Here are some notes from the Lady Bird Johnson Wildflower Center at the University of Texas at Austin Plant Database:

If you are looking for a compatible plant to go with this in your shaded garden, look no further than the GCA’s Freeman Medal Winner in Honorable Mention, the Tiarella cordifolia  or foamflower.

Semi-evergreen, the color show of woodland phlox does not end once the summer heat sets in. The garden sings a burst of green throughout the fall and winter (depending on your zone) as the phlox hangs on continuing its personality of being there and present, just like a little whisperer should be.

For further reading on spring blooms in my garden check out my Soon To Bloom series for May here: http://flutterbymeadows.com/soon-to-bloom-part-ii/