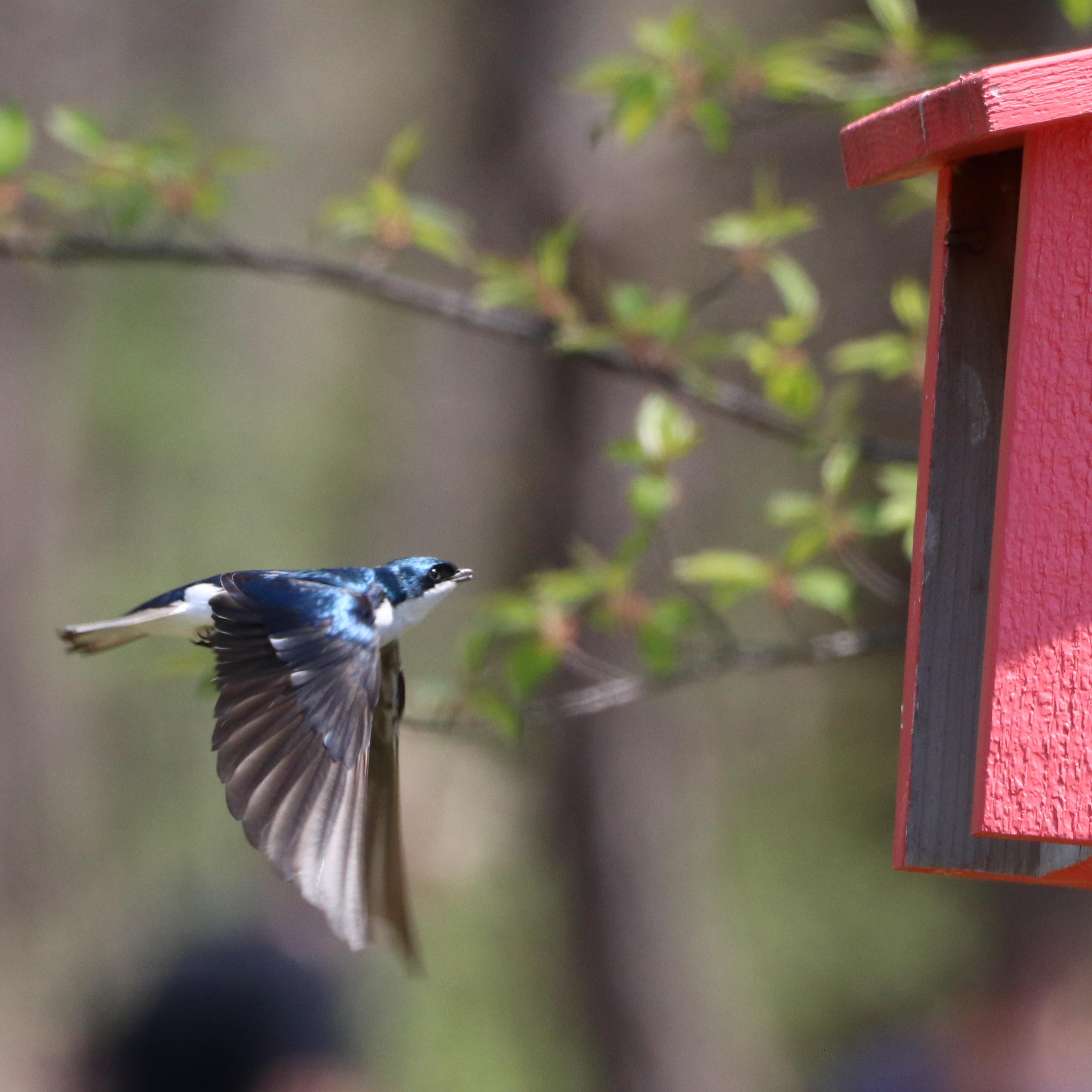 A Little Bird Told Me…

That The Pool Must Be Opening Soon!

For decades, members of the CSC Pool club have looked forward to the reopening of the pool season. We dust off our picnic coolers and grab towels and sunscreen, which will be in constant rotation through August.

Enjoying the open space surrounding the pool club is best shared with family, friends, and the undeniable scent of something grilling on charcoal. Memories of great times lure us back to the pool every May. With over 100 acres of preserved land, and a refreshing saltwater pool to enjoy, the CSC Pool club is prime real estate. For us, it is a great escape, for migratory birds however, it is home and a sanctuary.

All the photographs you see in this blog were taken at the Colonial Sportsmen’s Club in the Sourland Mountains, a private pool club nestled in over 100 acres of open woodland and forest.

The birds arrive early. They return every single year. The Tree Swallows, Purple Martins, and Barn Swallows arrive in about mid to late March to join the Eastern Bluebirds that stuck around all season braving the cold. Migrating thousands of miles from Central and South America, their preference for insects and the fact that they are cavity nesters, makes CSC Pool a very desirable breeding location.

Last year, all the nest boxes that are dotted around the open fields and around the pond got a fresh coat of paint and some even got replaced. Stop by the pool one day in late April and behold the quarrels that ensue as Tree Swallows and Eastern Bluebirds engage in their own daytime version of House Hunters. If nothing else, enjoy their aerial acrobatics which are a sight all their own. Be careful while under the pavilion for the birds that are darting out from the rafters are the Barn Swallows. They make their nest out of bits of mud that dry as it is layered strategically together into a cup formation among the eaves and rafters of the pavilion. Fearless fliers with the forked tail, they put up with people and don’t mind our mingling and the once in a while late night parties.

A half mile walk through the fields, the CSC Pool is also host to 2 strategically placed American Kestrel boxes. A small falcon, with a very very particular choice in nesting preferences, has yet to call CSC Pool home, but in due time, the stewards that monitor the boxes for activity remain hopeful. Several Kestrel boxes have been placed throughout the Hopewell valley over the past few years, and several have been successfully occupied. A big win for a species whose numbers were in decline. Learn more about this citizen science project here: http://flutterbymeadows.com/an-uncertain-future-an-update/

Come May, the forest tree tops and the woods around the pond will begin to wake up with new arrivals from the southern states as well. If you hear something that sounds familiar like an American Robin, but it sounds more like it went to Julliard, chances are it’s the bird in bright orange above. Be on the lookout for Baltimore Orioles, Great Crested Flycatchers, and my favorite non-descript bird with the ever bobbing tail…the Eastern Phoebe. A dull gray bird, and not very large, they often sit on the pool fence constantly “wagging” their tail while perched near the lifeguard house. Patiently waiting to dart out, grab an insect on the go!

I have a hunch that you have rarely gotten bitten by a mosquito while at the pool. And for that, you can thank the high fliers above your head. So next time you pack your pool bag to head over for a swim on Memorial Day weekend, leave the bug spray at home. But do pack binoculars and enjoy the show!

To learn more about how long these birds nest for, clutch size, and other fascinating facts, check out: https://nestwatch.org/learn/focal-species/

Some other birds I have seen at the pool and there is definitely more than this: