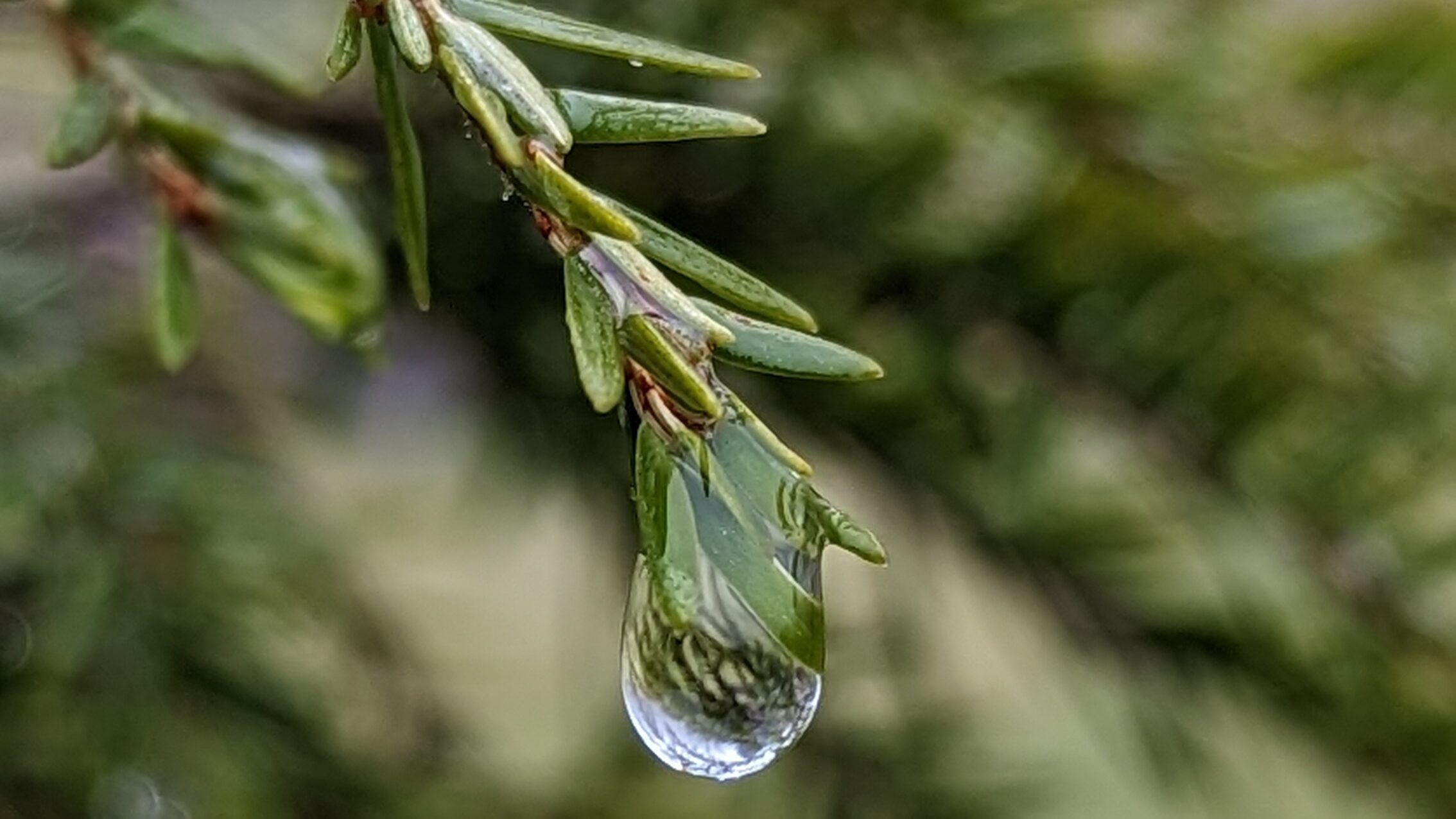 The only thing I have found appealing about foggy mornings is the way it acts as a natural curtain to block out the light, as luck would have it, on a morning where I needn’t be up early. When I did awaken, my internal clock way off in la-la land because the room was still so dim. Nary a bird sound, or a distant tractor doing work on the golf course near my home, I was afforded a rare morning of quiet, and no need to be running out the door.

While the day has carried on in relative normality of the things we do everyday whether it is a holiday or not, as in errands and preparing meals, it seems as though the world has still stayed hidden under a blanket of mist, fog and quiet. A stupor of sorts. The gray damp brume has just not broken. The wind is non-existent, as are the birds that normally would be up and at ’em at this time. I fear by four PM the day will quietly fade to night.

Other than the lock down year of 2020, I am normally not home for the New Years’ holiday. A decades long family trip to the tropics was usually our go-to place. Being home on a holiday such as this has me thinking about not only the closure to the year behind, but the veil that will be cast aside at the stroke of midnight welcoming with it the newness of 2023. I am actually looking forward to being home for the excitement of the new year, the 1/1, the fresh start. And then the following three weeks it will take me to learn to stop writing 2022. Does that happen to everyone or is it just me?

As the solidity of fog does not seem to be breaking any time soon in the coming hours, I can’t help but question, why does the weather affect us so? Why does the color of the lifelessness outside my windows which is not far off from the gray hue of the bluebird in this photo, make me yearn for the blue skies? A sky as blue as the feathers under the gray ones? Does the weather affect the birds in my yard too? I filled the feeders over an hour ago, and nothing. There has not been a single visitor.

I took a wander outside my yard to see if I could, at the very least, see a bird or two past the thickets of gray haze. I heard a bunch of Blue Jays yelling at a Red-shouldered hawk, followed by some distant American Crows. (You can hear the sound clip at the end of this post.) Later on, as my Wellie boots were stepping upon rock-hard frozen ground, layered over with a wet covering of pooled water, I heard a Great Horned Owl way off in the distance. A fitting tune to the musical of the tiny droplets of water hitting the leaves that lay dormant under the Sycamore. It seemed as if the only things moving outside were the droplets of water clinging to branches until they too had to let go.

Perhaps birds are affected by the weather too, at least that is what I like to assume. They are nestled high in an evergreen tree someplace, with their feathers pooffed up and their beaks tucked. I think that sounds like the perfect way to say goodnight to 2022, tucked away, under a blanket. The sun will rise again tomorrow, and with it, the fog will break seemingly melting away.

And if I am really lucky, I will see the Eastern Bluebirds going about their days as I go about mine in 2023. Under a shining sun and blue skies as the world wakes up to a new year!