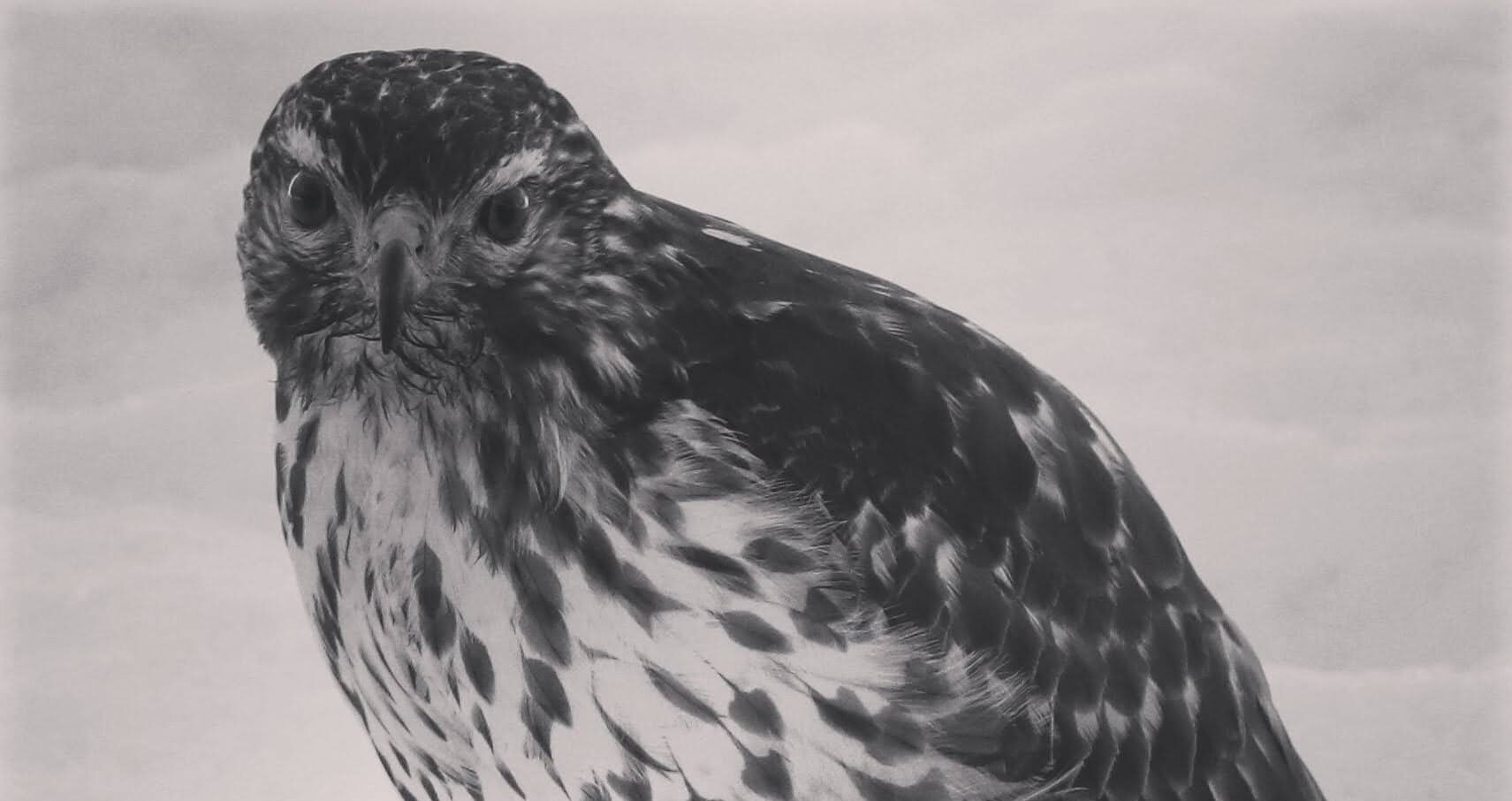 We share our property with the creatures around us, and there is no doubt that it is a ‘wild life’ out there.

With several years of transformation around our home, Flutter By Meadows actually came to life after we added meadows, a rain garden, and we removed invasive species around our property. In doing so, we found that our house was deserving of a name. I wanted the name to be something that evoked the spirit of what we witnessed around our property, and so…Hunting Hawk Meadows came into play.

However, after a few months went by, we realized that Hunting Hawk Meadows was a little limiting. So much more was happening around our home. Foxes were hunting too. Wild turkeys were passing though. Butterflies were flitting by. Bees were doing their thing, and we noticed that the land around our home (as well as the sky) was constantly in motion. So our name needed to encompass all of that. It wasn’t only the red-tailed hawks doing the hunting. 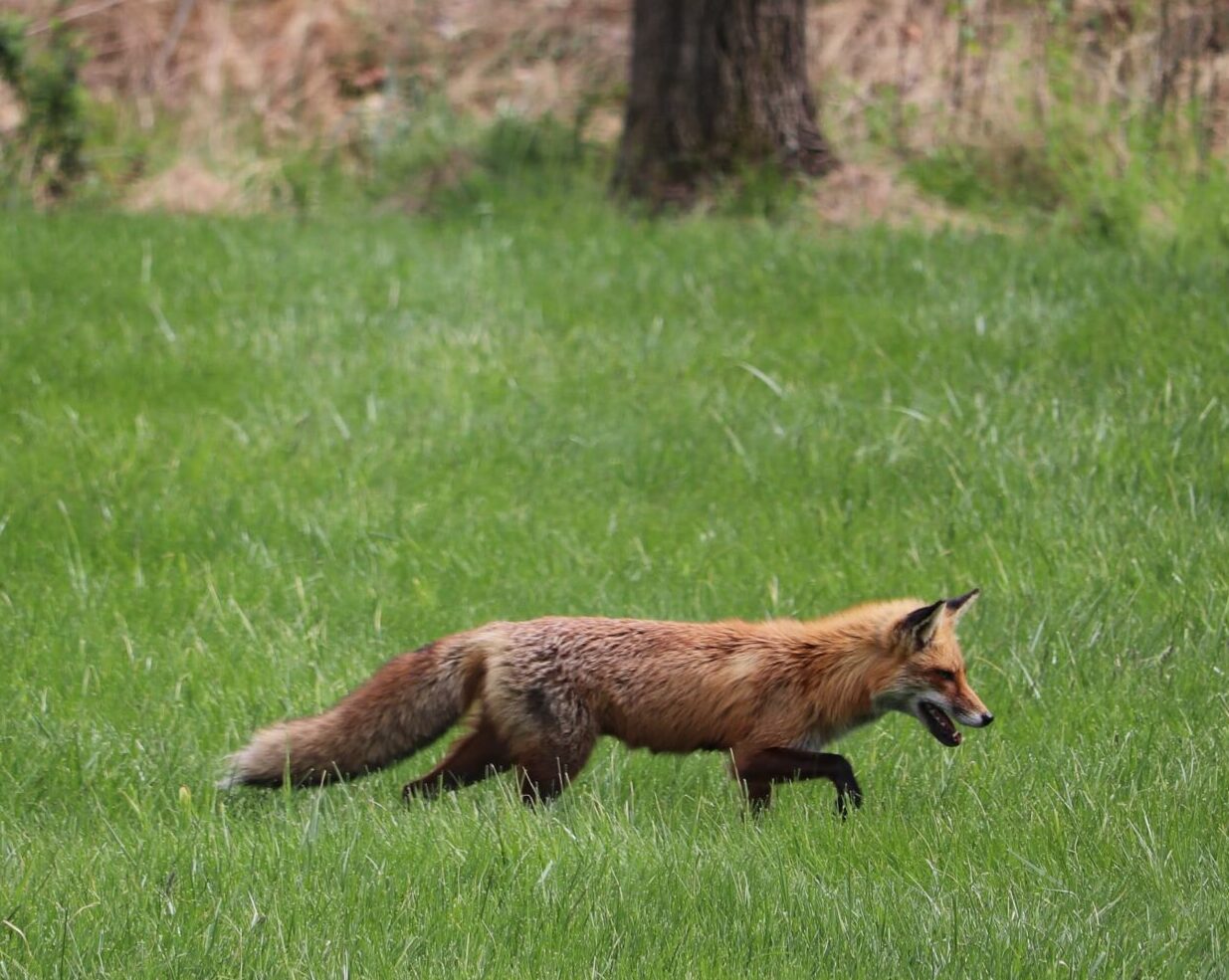 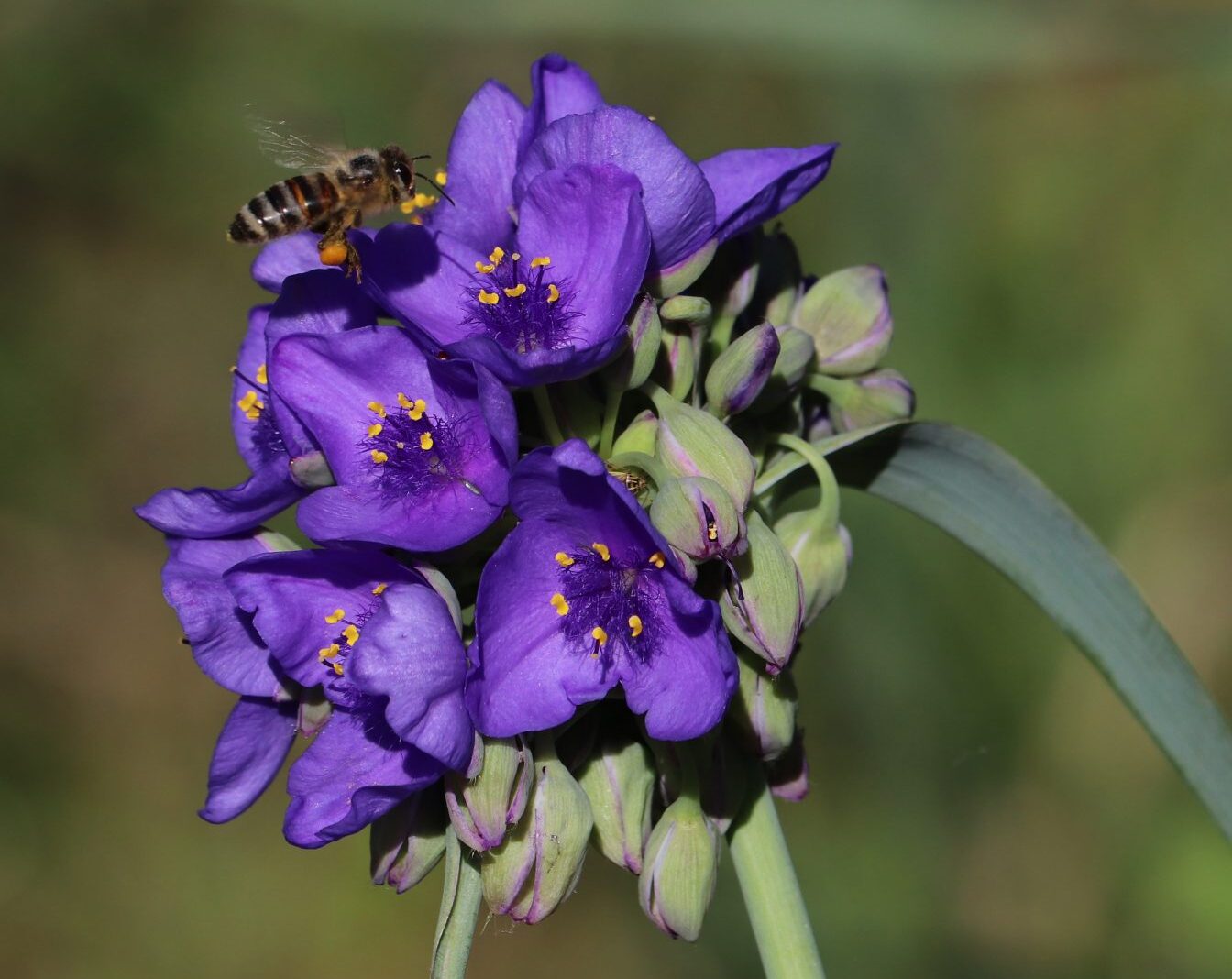 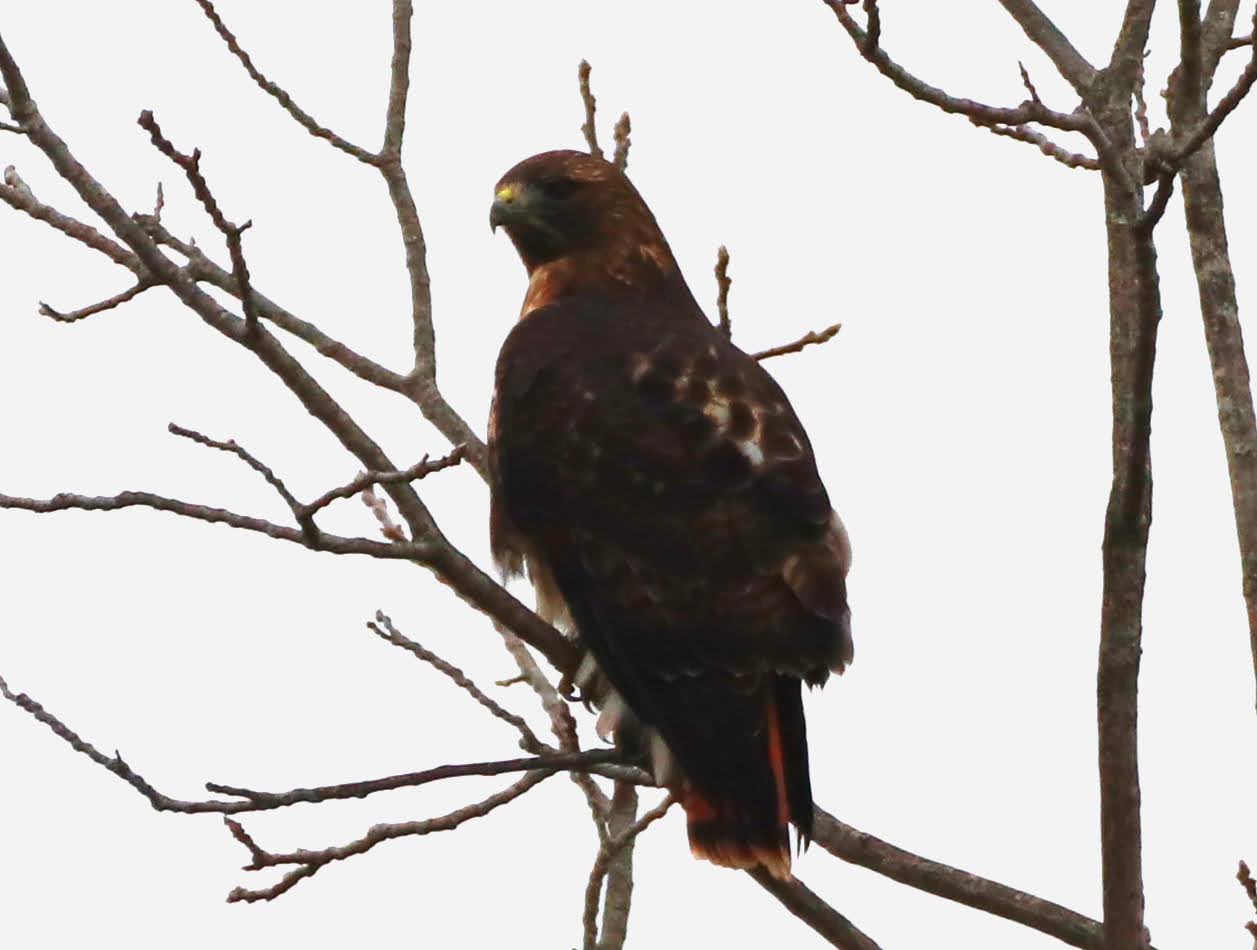 Back to thinking of a name and we excitedly settled on Flutter By Meadows. It was around that same time that I started this blog too. My inspiration for my blog comes solely from the plants, animals, and overall life I see around my home. It never stops. And it changes constantly. Even on the coldest days there will be a white-breasted nuthatch foraging around on a tree, often doing so going down the tree head first. The only bird capable of such gravity-defying skill. 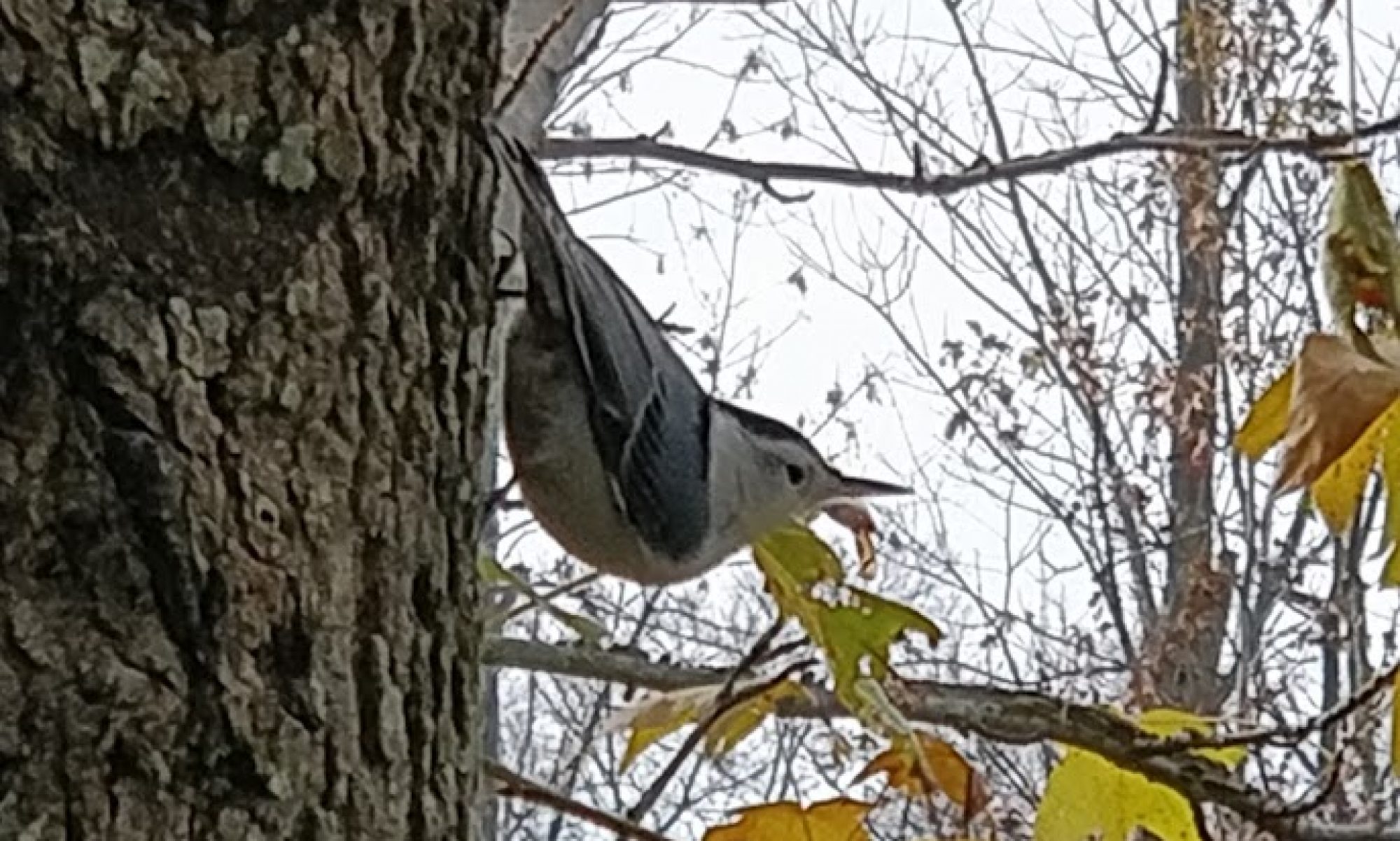 On the warmest summer nights well into twilight, there will be a song sparrow singing away. 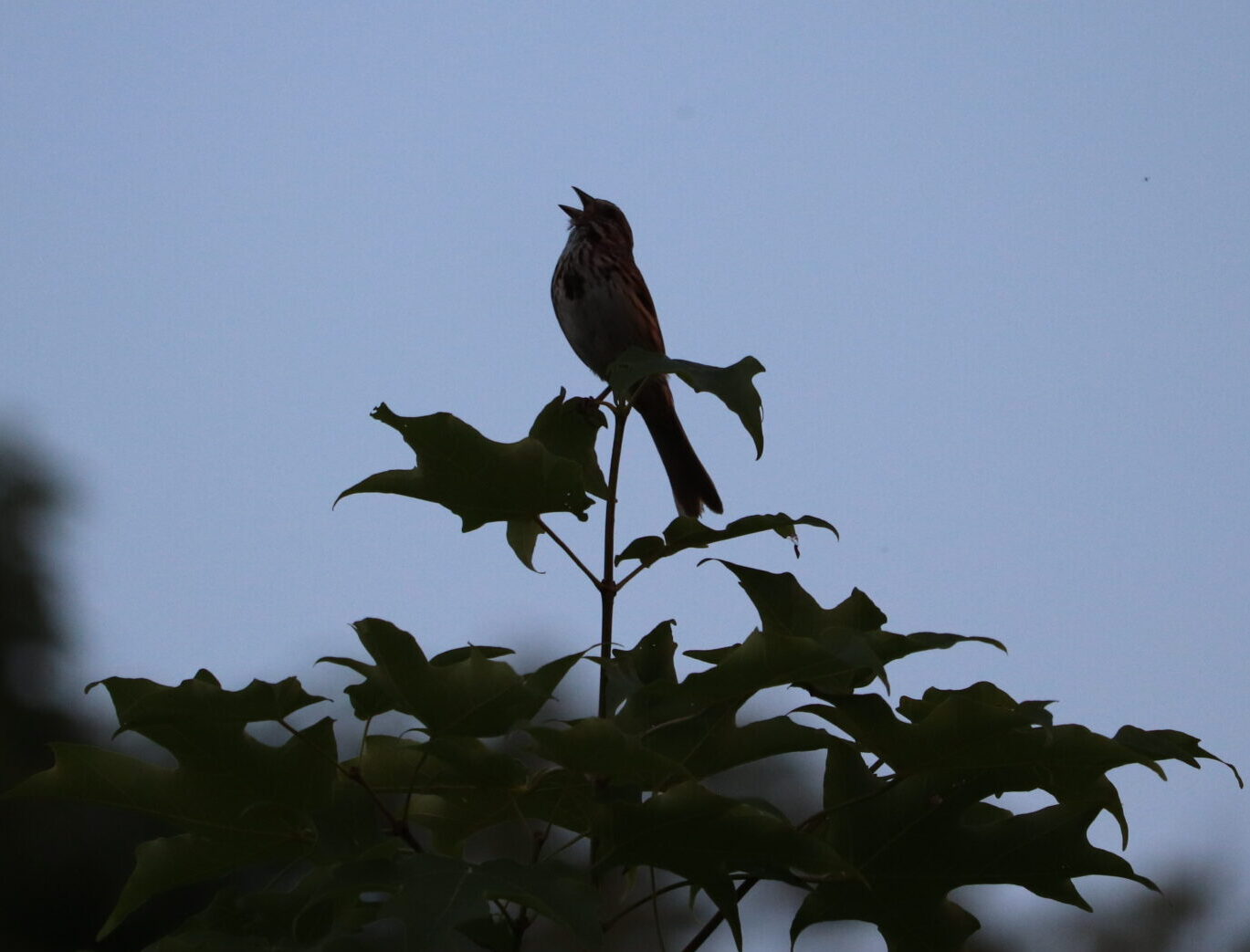 However, while the life around our home abounds, there are also sadder times of death as well. We have had a raven swing on by, swooping down and taking a squirrel away in blink of an eye. We have had a few deer expire in our meadow, perhaps from a nearby car strike. We have had a few birds hit windows. Some survive, some do not. A few have been taken to the nearby Wildlife Center for rehabilitation, which you can read a success story here. We have even found the band of an owl, expelled in the owl pellet of another owl that consumed it. The band belonged to a saw-whet owl that was banded only a few miles from our home. To commemorate the fallen, we turned it into necklace. 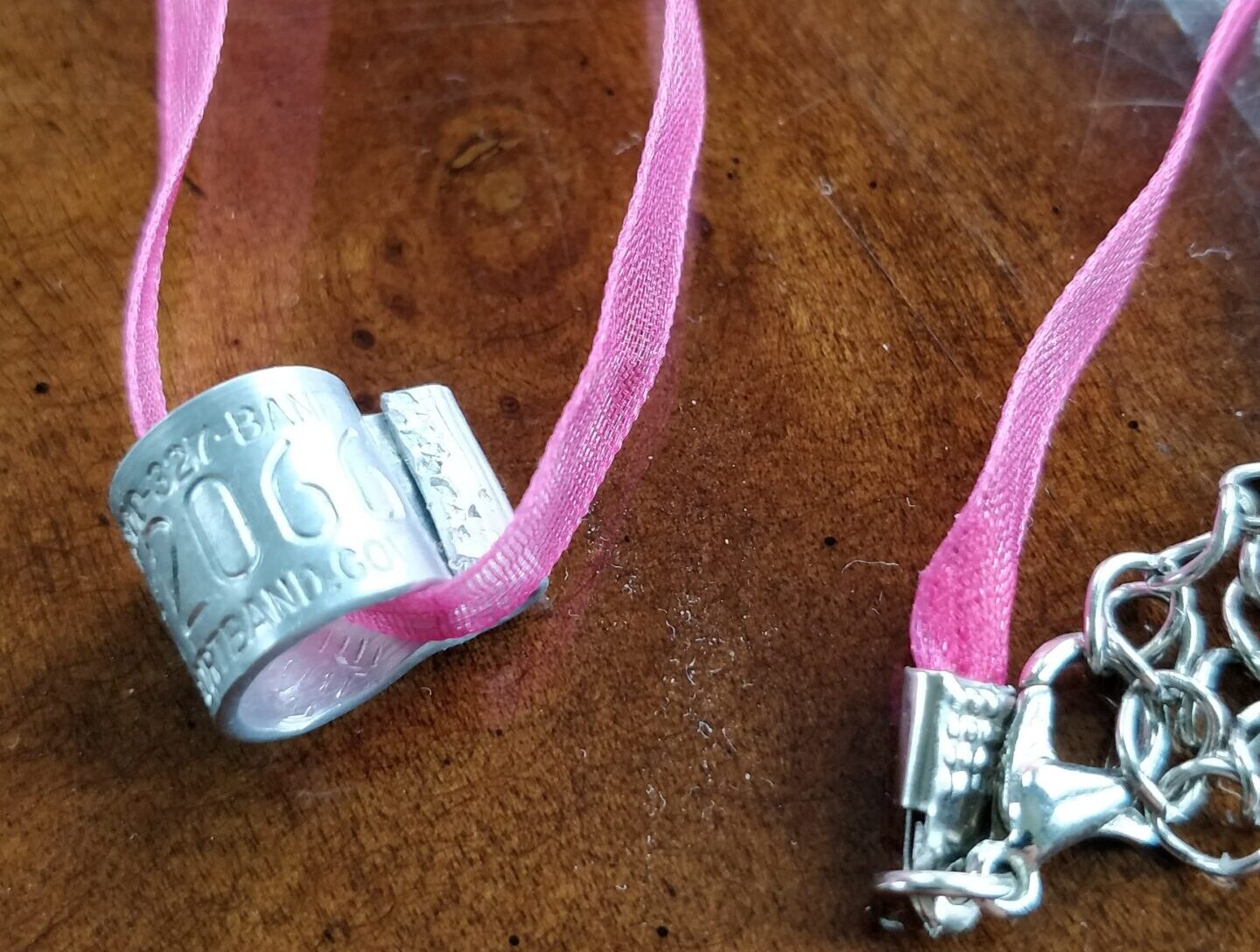 We have come across piles of small feathers in the yard… 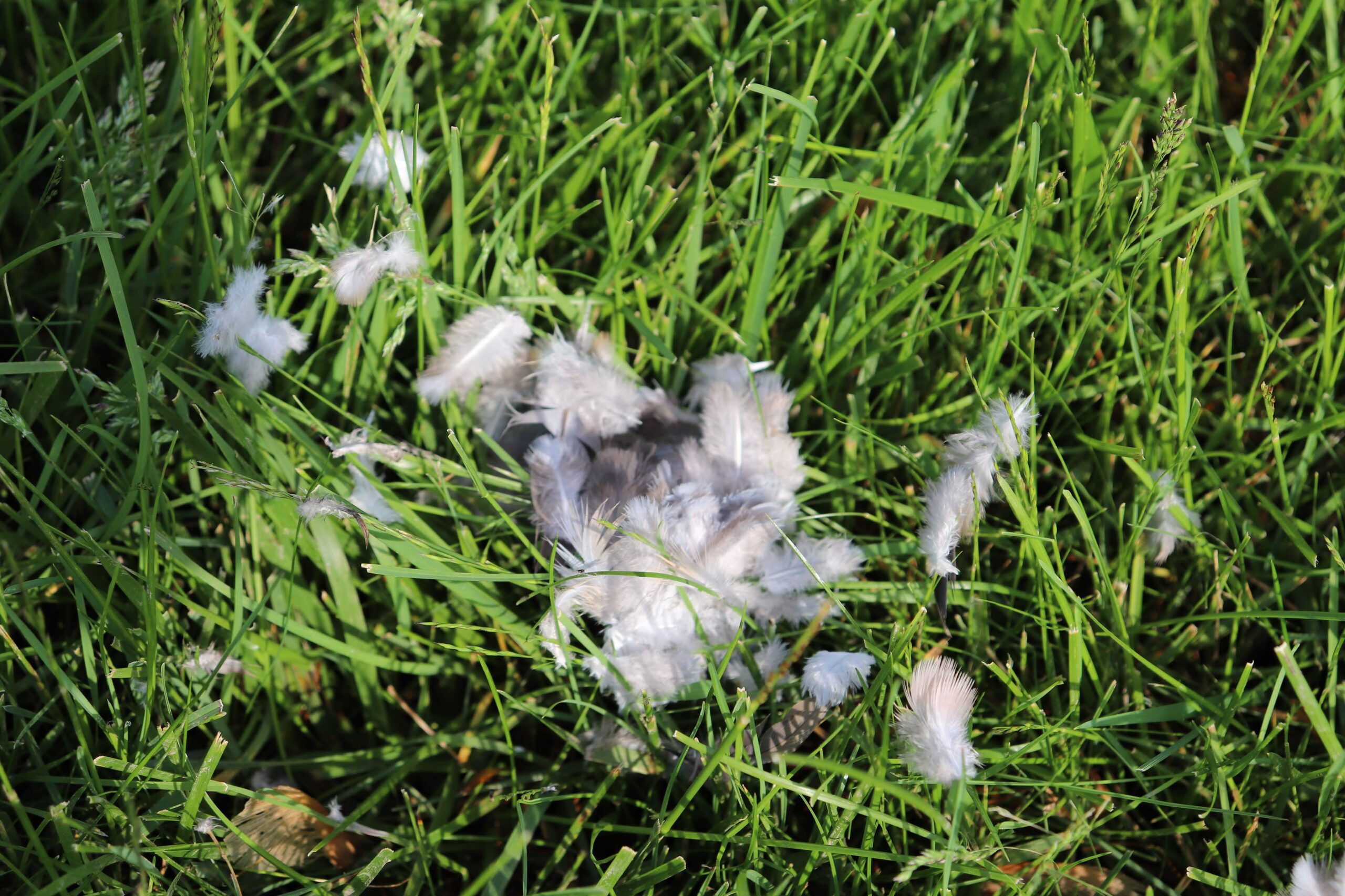 and a bunny’s tail. 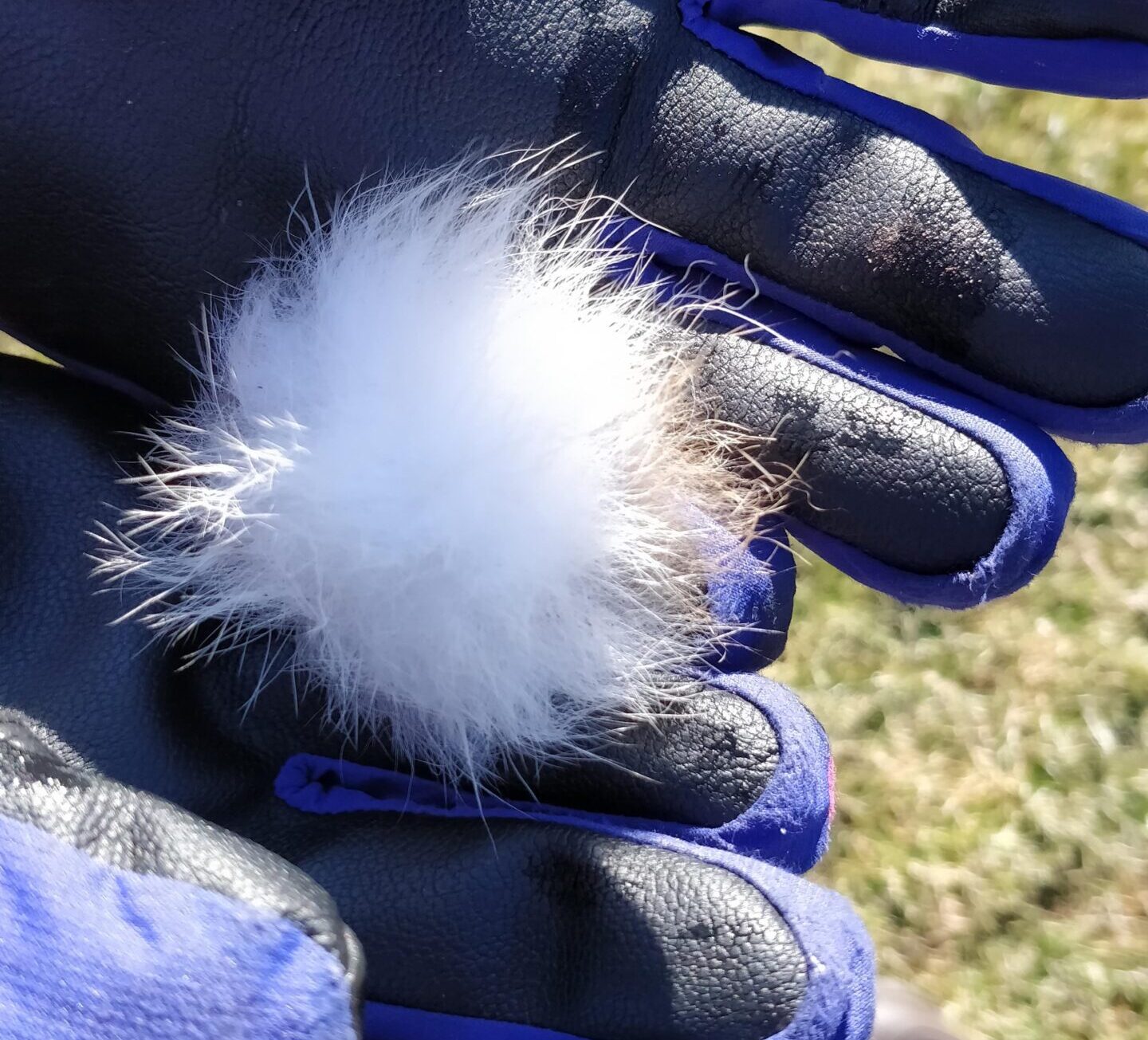 However, there was a particular cold day in February though, with a certain escapade of antics, aerial fighting, and ultimately a battle fought over territory that I shall not soon forget involving a juevenile red-shouldered hawk. No doubt probably the same exact bird of prey that I featured in a recent blog post. In that post, I was describing her flying skills, her beauty, and her albeit silliness as she proceeded to ride on a bird feeder for fun like it was swing. Meanwhile, she was only a few feet from me, and a few feet from songbirds that seem unperturbed by her presence. In that blog, I wished her luck in catching a vole or mouse. I only assume it’s a she. I really am not positive.

As I backed out of my driveway on that cold, windless day under a bright blue sky, with several inches of snow pack under foot, I noticed a large bird in my front yard, and something else with it. Too intrigued by the unusual silhouette which appeared way too large to be a squirrel, I put the car in park and gingerly made my way around the hood to see more. At that moment, I saw a lifeless figure come to raise its long tail feathers in a last effort of strength and resilience. It was then that I realized my affable red-shouldered hawk had just made a kill. The victim? Another hawk, a female sharp-shinned. 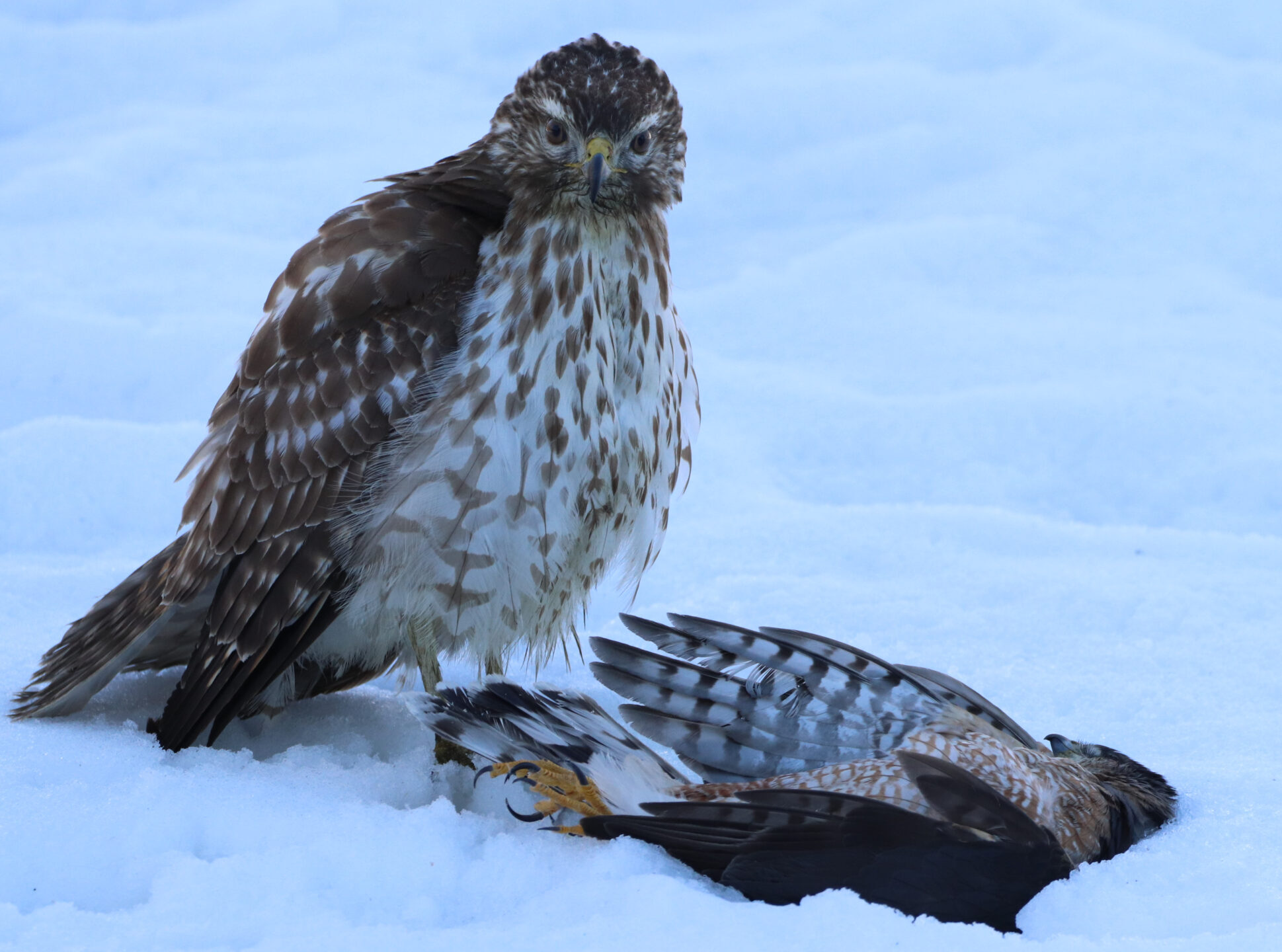 In awe and in shock at the same time, I briefly turned to the kids in the street who were playing with their new skateboards, practicing their “snowboard” skills for when the snow finally melted. I pointed to the hawk in the front yard, and they informed me that they were already aware that something was going down. “Yeah!” they said excitedly, “They were fighting in the sky!!!”

Okay, I thought to myself, so something was definitely transpiring and I was seeing just the aftermath. But what happened, and why? 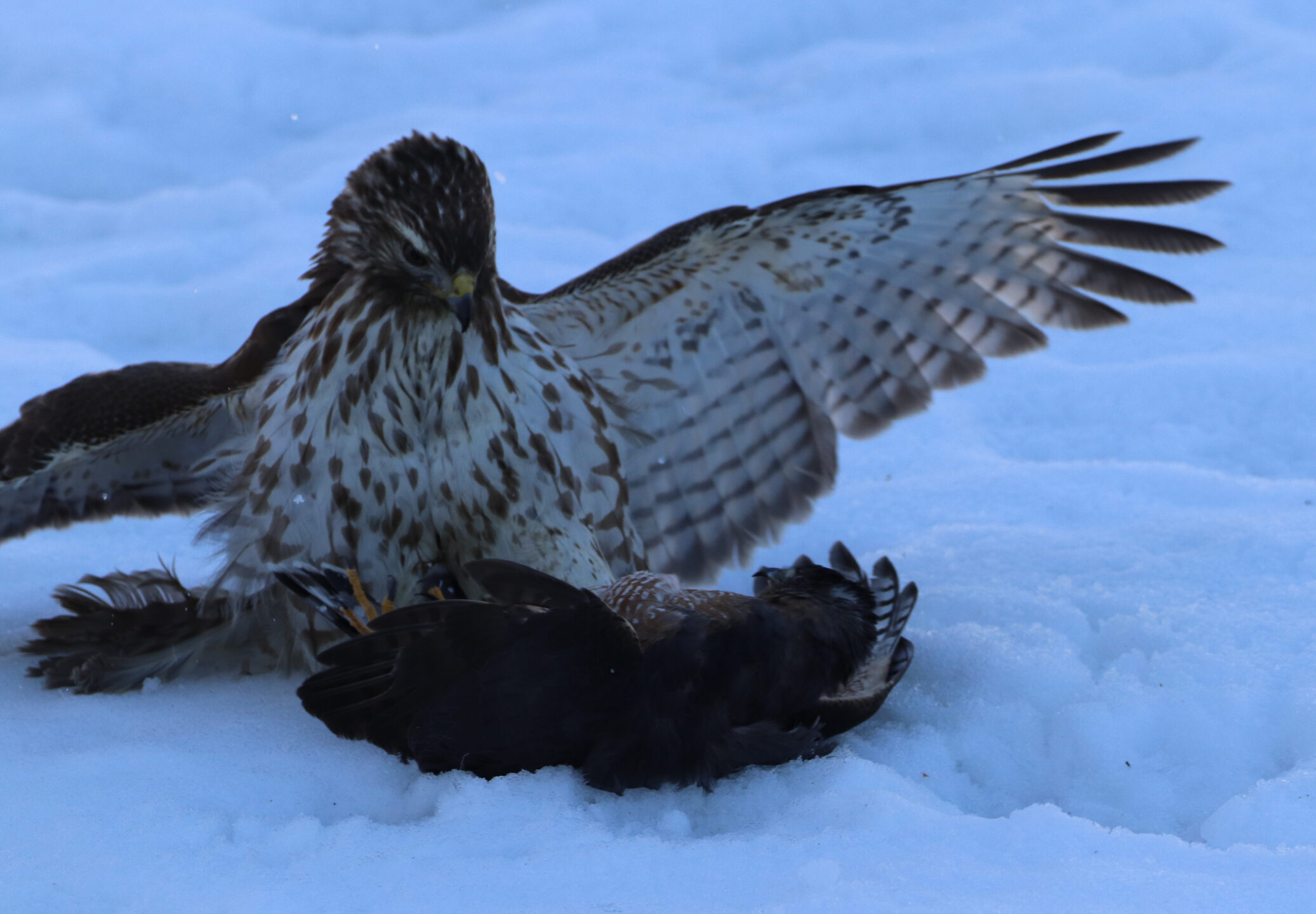 I came back to the scene about 20 minutes later after going where I was originally headed… (to pick up my daughter from nature school). And there…in the yard, two birds of prey in situational irony. Or at least that is what it appeared. The red-shouldered hawk at this point in the afternoon had retreated to a nearby branch. While the stricken, still lay prone in the snow. Alive, but weak. 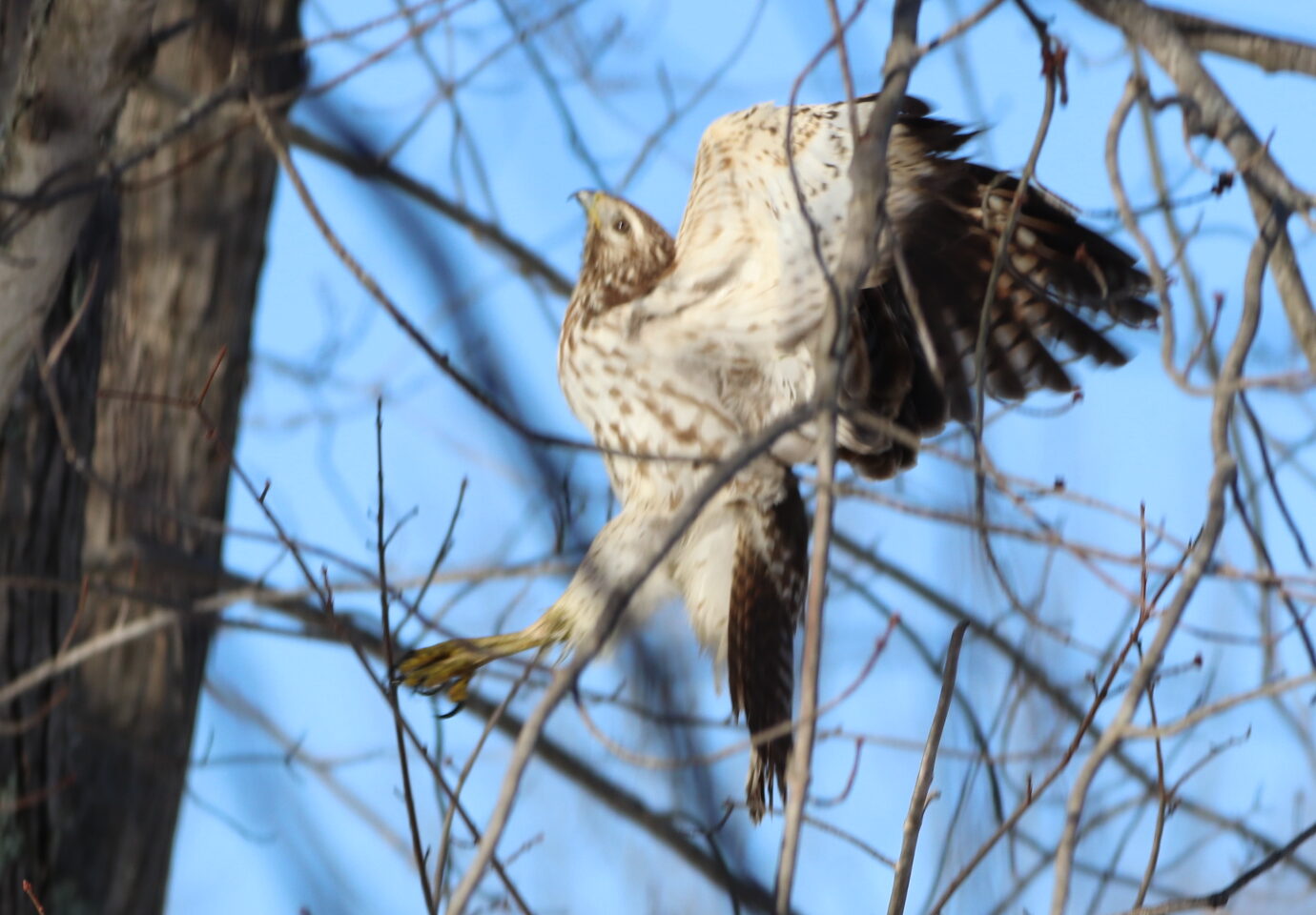 With an air of confidence, piercing eyes stare back down at the hunted. 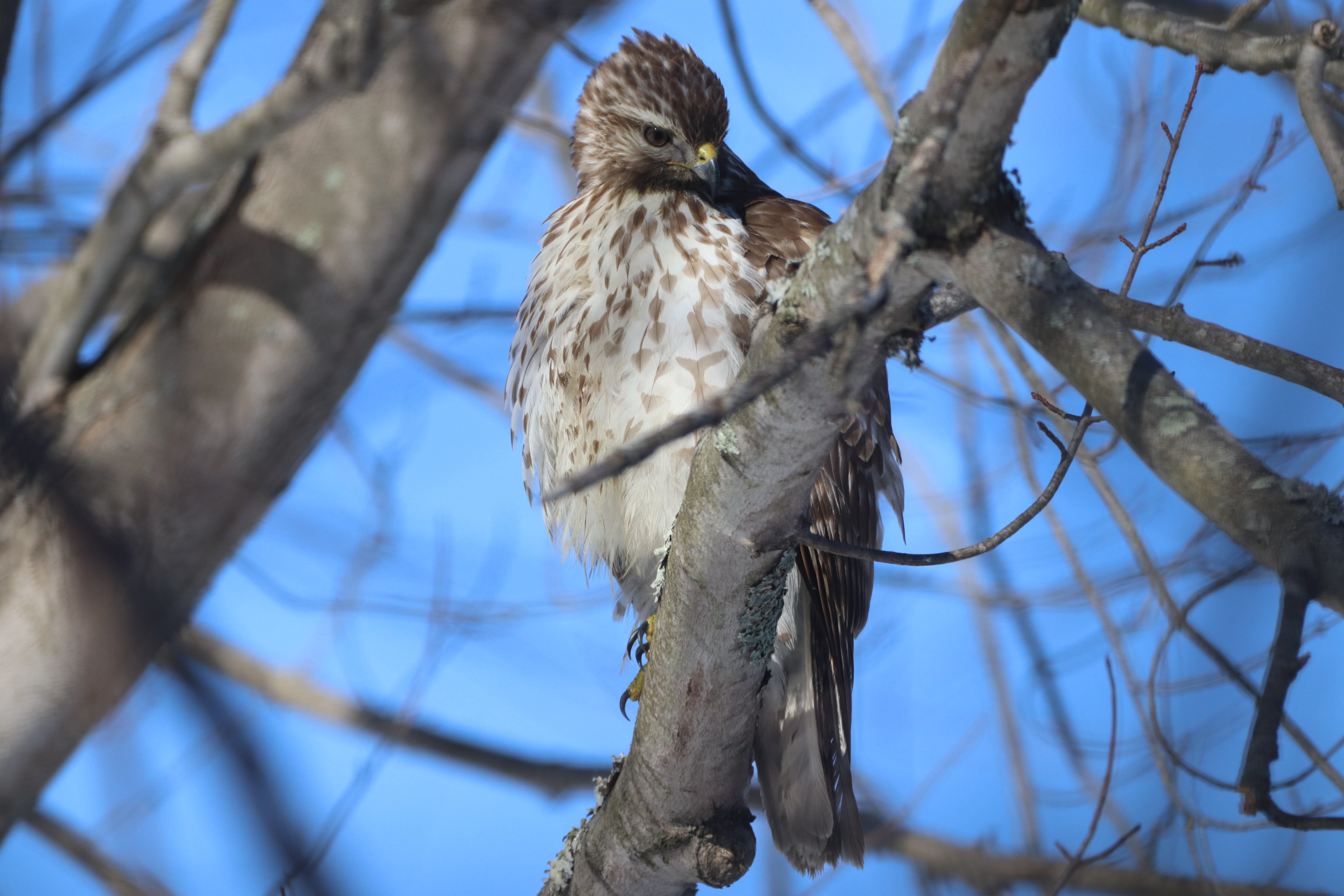 We reached out to a biologist we know, Sean Graesser, from the Wild Bird Research Group to see if he could explain to us what was happening, and why. And more importantly, if we should be trying to make an appointment with the Mercer County Wildlife Center to save the hawk, laying belly up in the snow. Our friend arrived with the urgency of an ambulance, but even still, the bird was unable to hang on. It had even suffered a broken wing.

It was a battle fought over territory. The sharp-shinned hawk was too close for comfort and the red-shouldered hawk saw to it that its competition was gone. Then left it. Left it for dead.

While it was devastating to see such an event happen about 45 feet from our front door, in broad daylight, on a sunny day, the truth is, our house in in the middle of their home. We share our property, and there is no doubt that it is a wild life out there. For survival, for food, and for territory.

I am thankful to report that the sharp-shinned hawk was taken in, and will be used for research and study purposes at Princeton University. 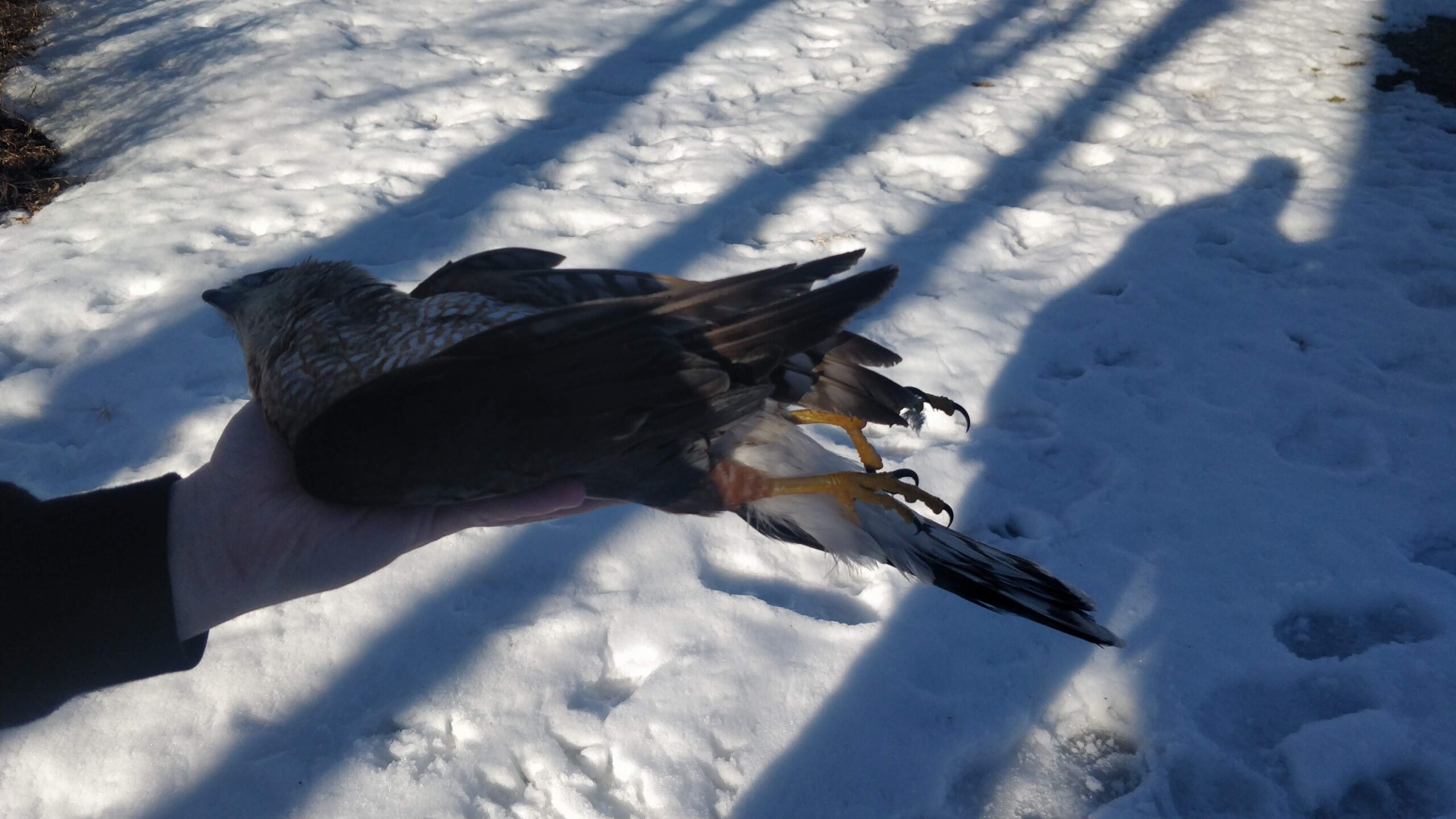 Meantime, I am ever watchful that a brood of red-shouldered fledglings may soon be growing up at Flutter By Meadows. However, these two are only juveniles based on the colors of their plumage, but maybe… 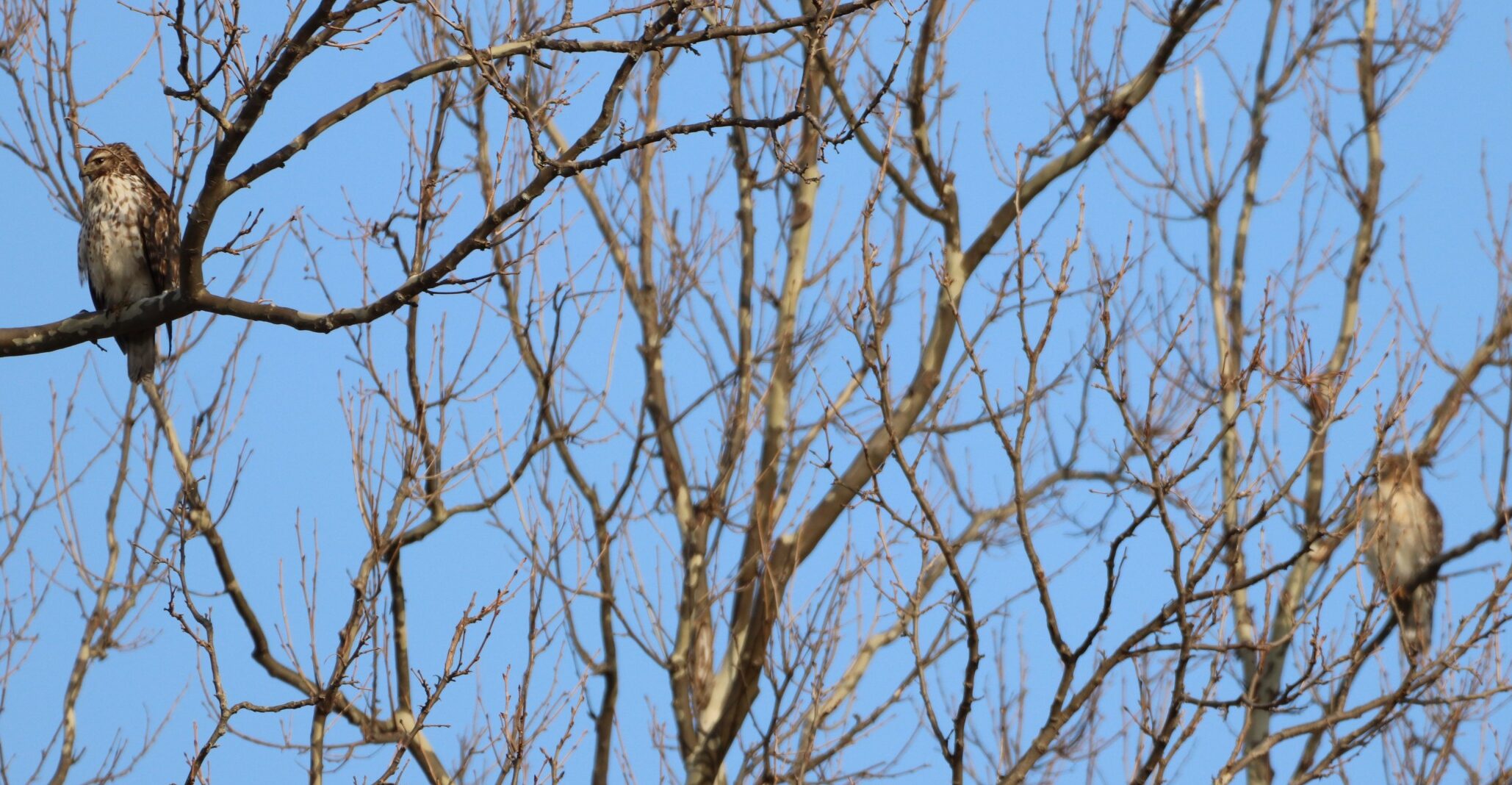 The adults are around here too! Seeing those tell-tale white crescent wing bars flash across the meadows of my property give me thrills that last the day. Hearing their sounds gives me goosebumps. 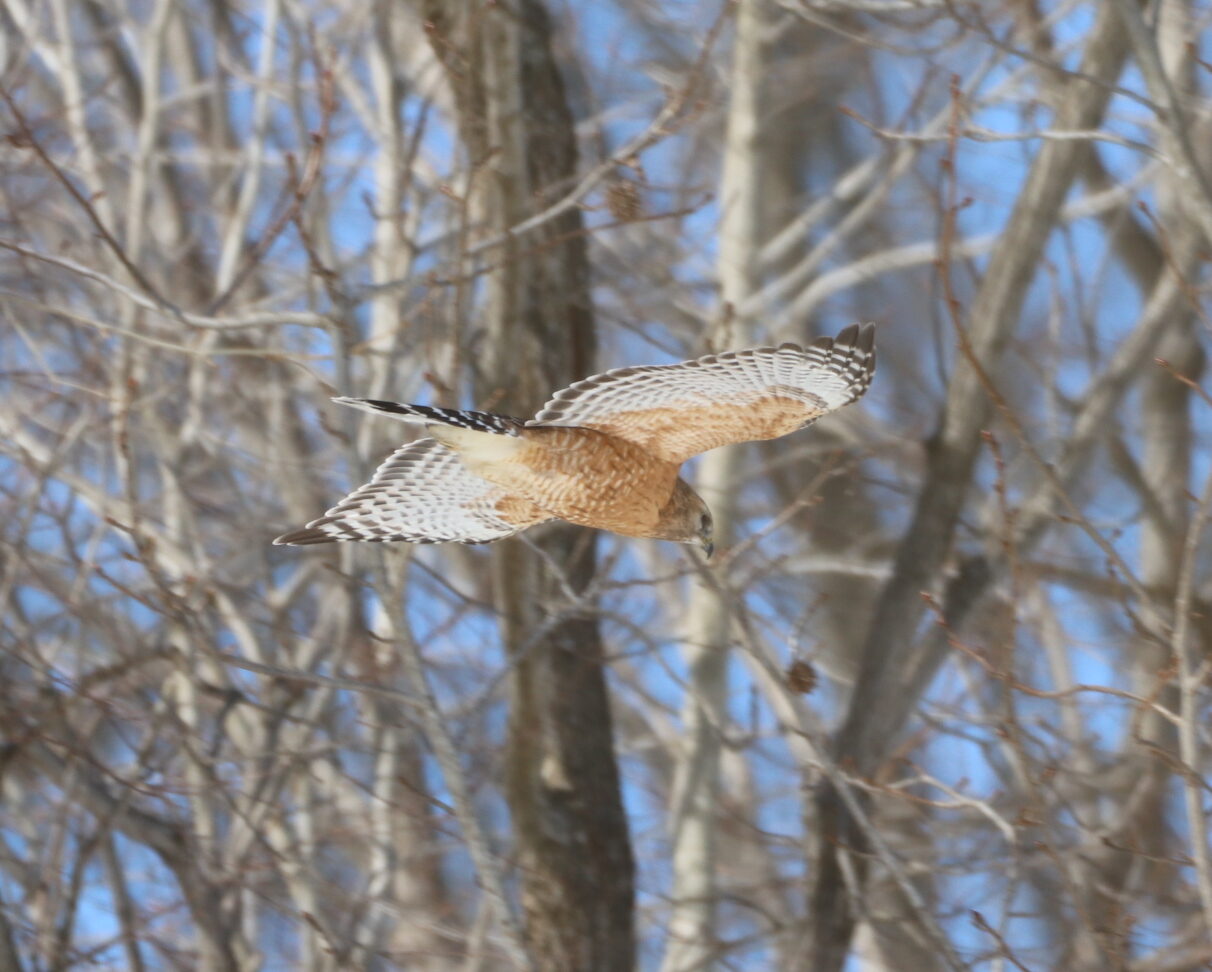