During the second week in June I bought a dying dill weed plant for $1 from our local garden shop, Rosedale Mills. Most people would wonder why on earth would you do that?

For good reason, if you look really close…this is the host plant for 2 wonderful little fellows that came home with me. We watched them eat until they could eat no more. We watched as they formed their chrysalis. 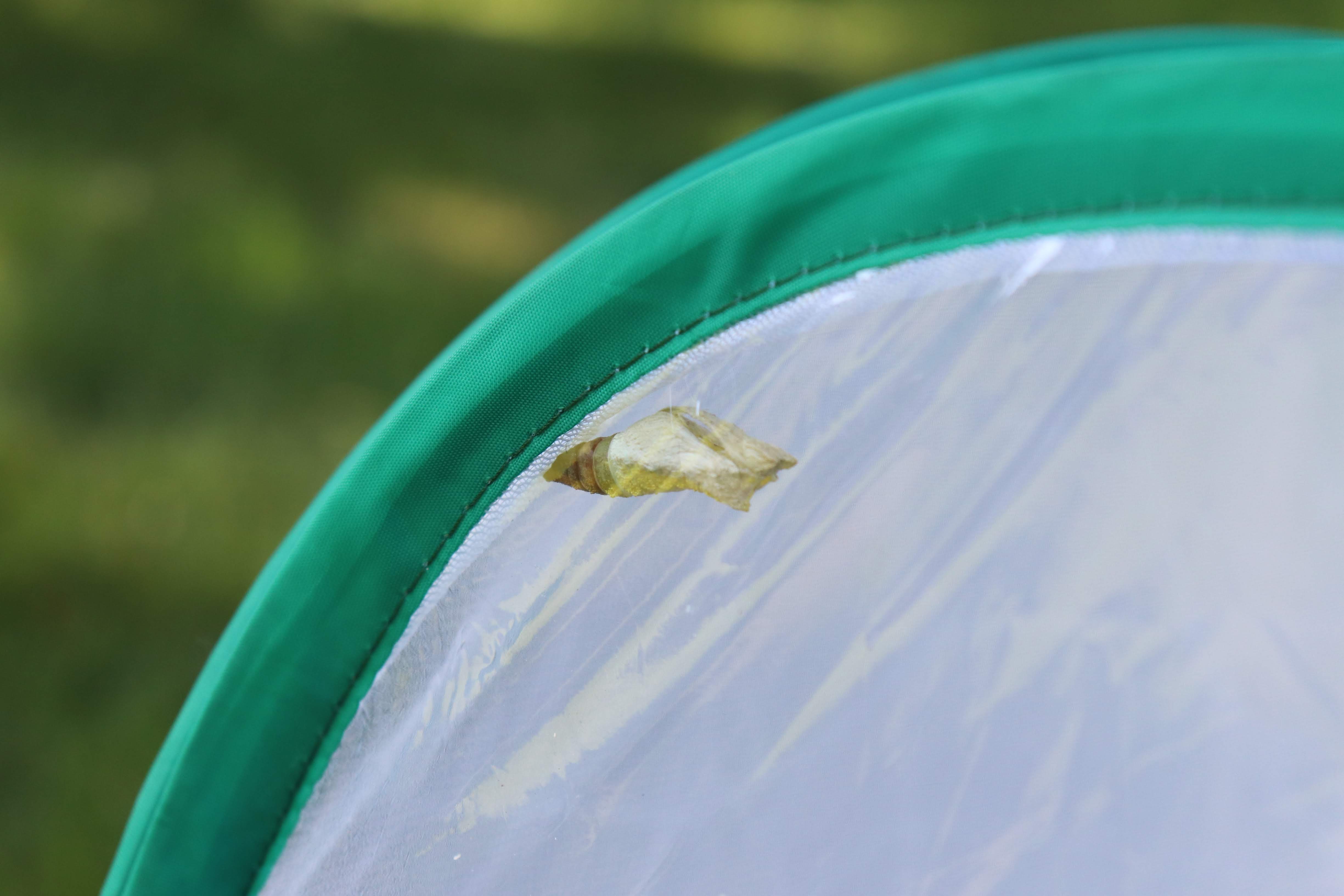 Eventually, several weeks later, we released one. We came home from the pool this morning, and there he was. In the time it took to have swim practice, this fellow had enough time to dry his wings and absorb the sun’s energy. Tricky, so named for the fact that he did not want to come out of his home from the last few weeks. (Males typically have less blue hue in their hindwings, and more prominent yellow wing markings). We don’t normally name the butterflies we raise. But since these are first two I actually bought and took home from a store, they sort of feel like pets to us. And I needed a catchy title for the blog too! (Usually we just raise butterflies from the caterpillars we find on our native plants around our house.) 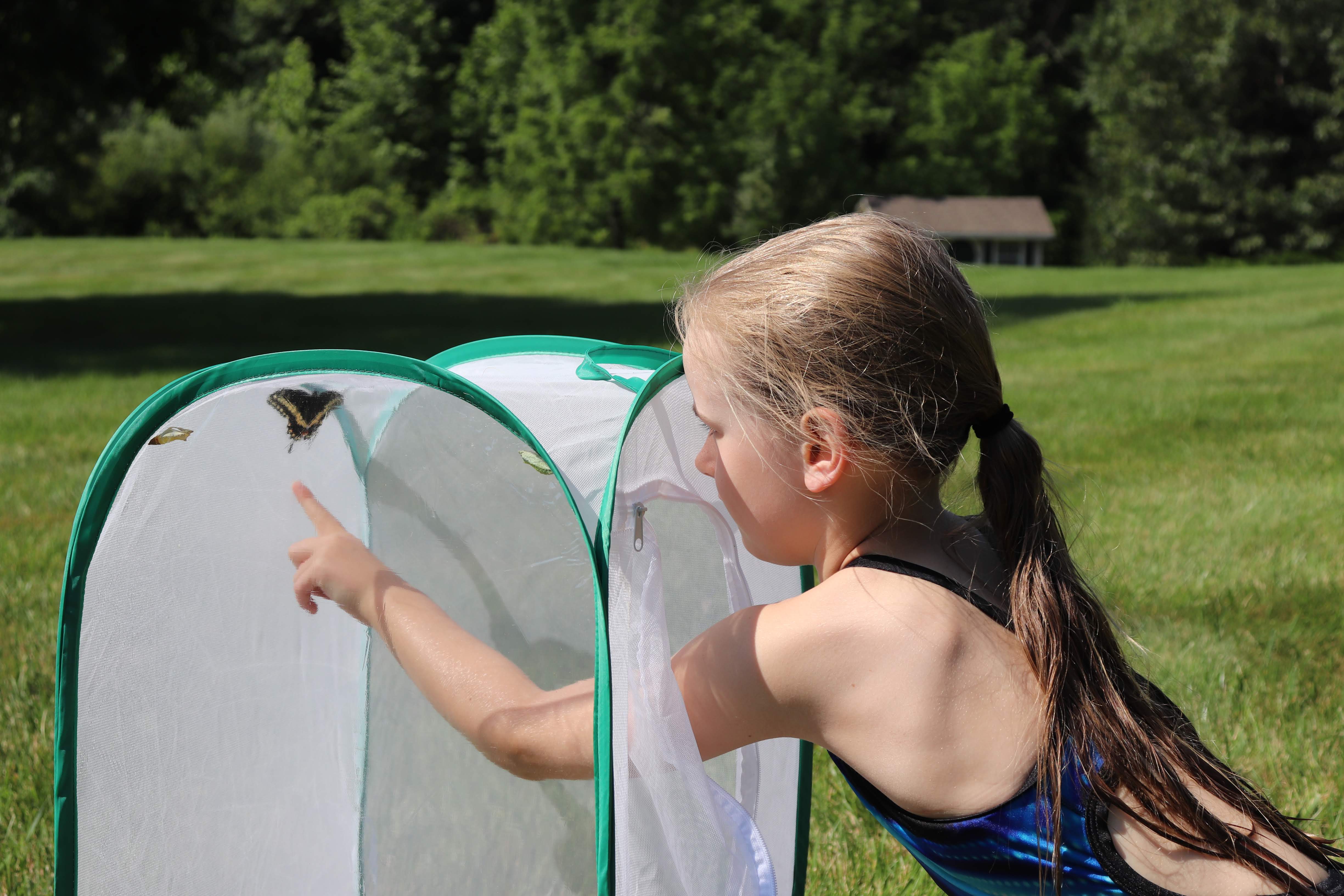 He didn’t seem to understand how to come out and see the world. It was taking so long in fact, we had to move into the shade. 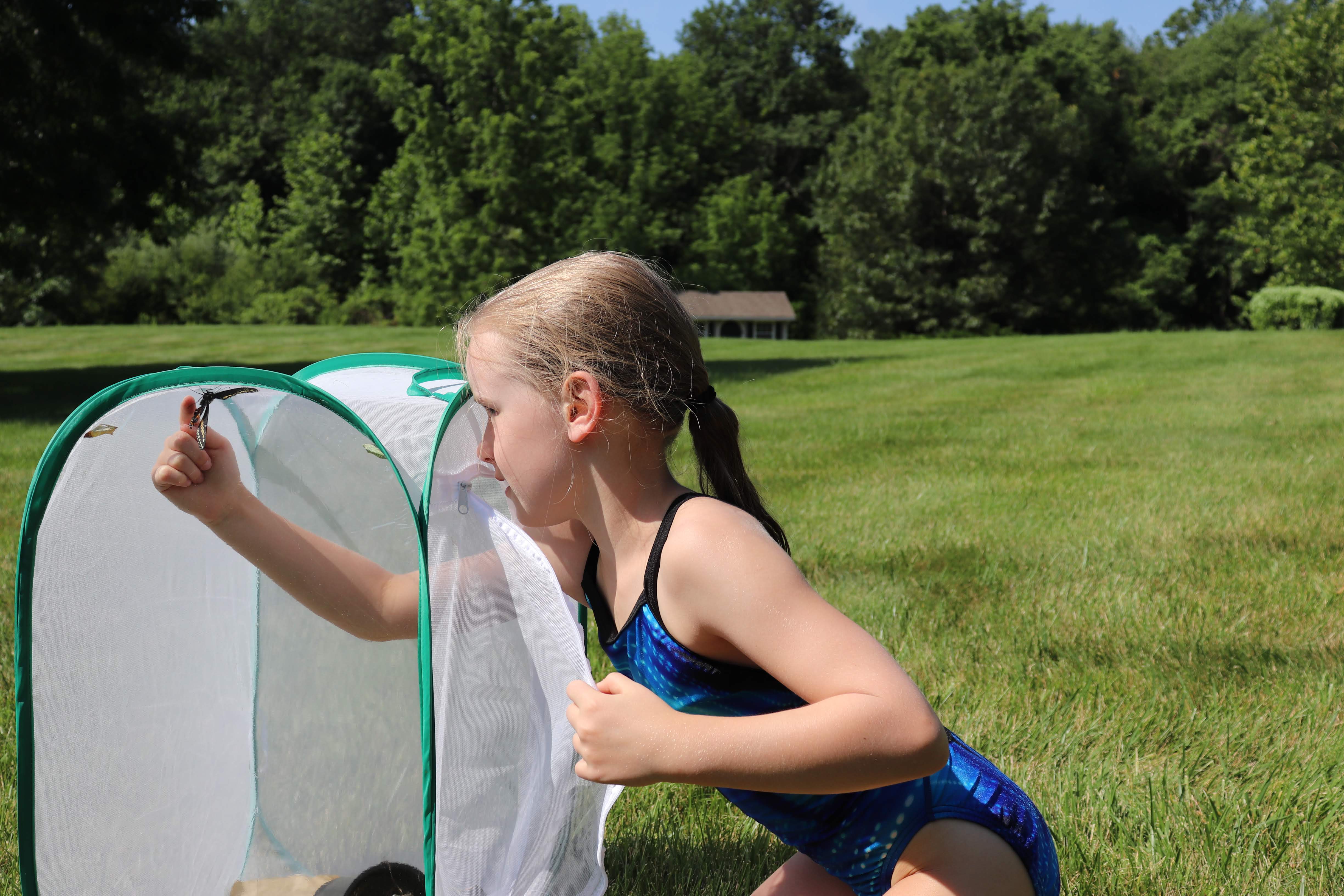 He was happy in there, but little did he know there would two meadows out there for him to feast on. So, I came up with a plan to entice him out. I took a flower from the meadow and told Emma to see if she could get him to land there instead. I knew the bright color would attract him. 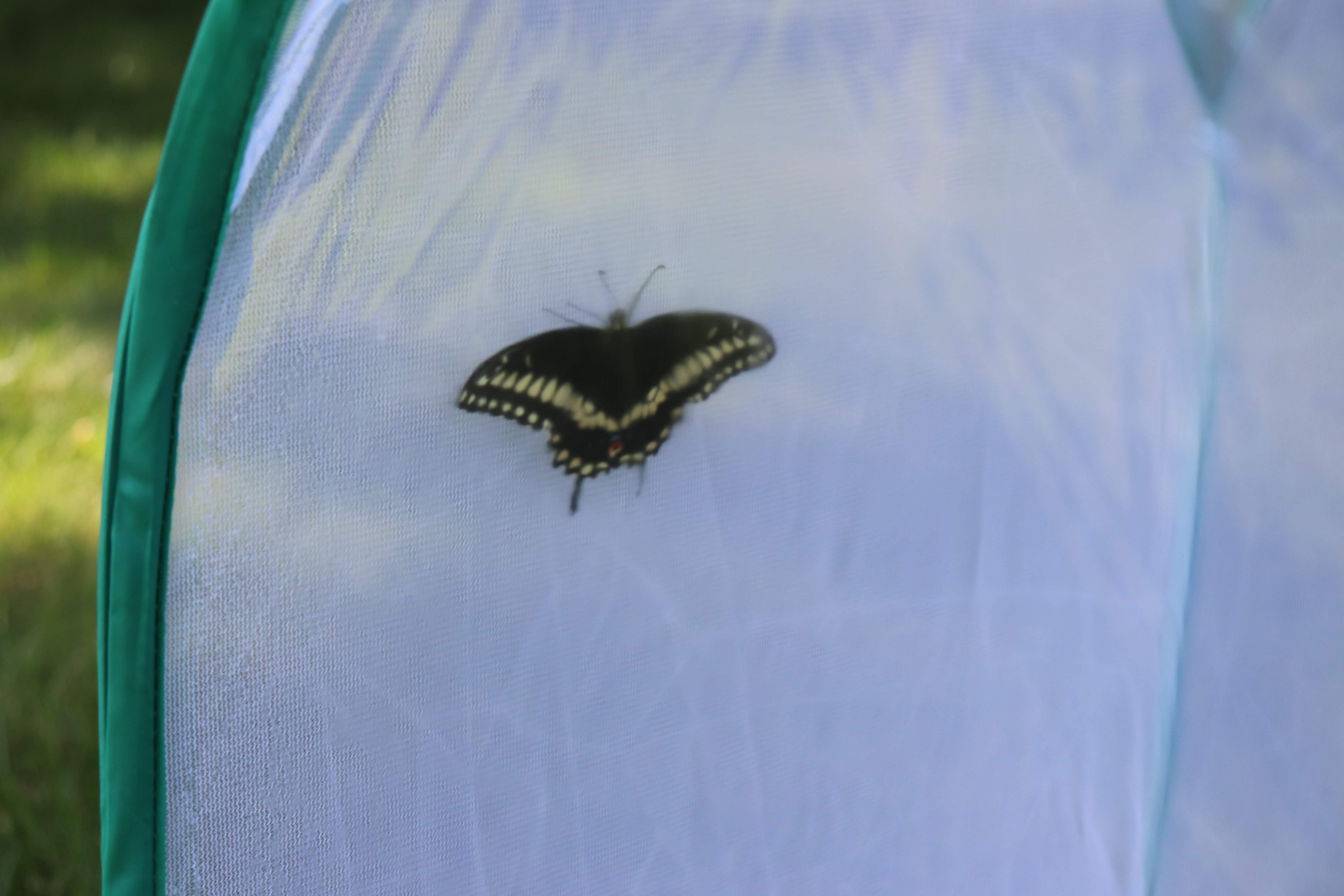 Come on little one! You have the whole world to fly around in! 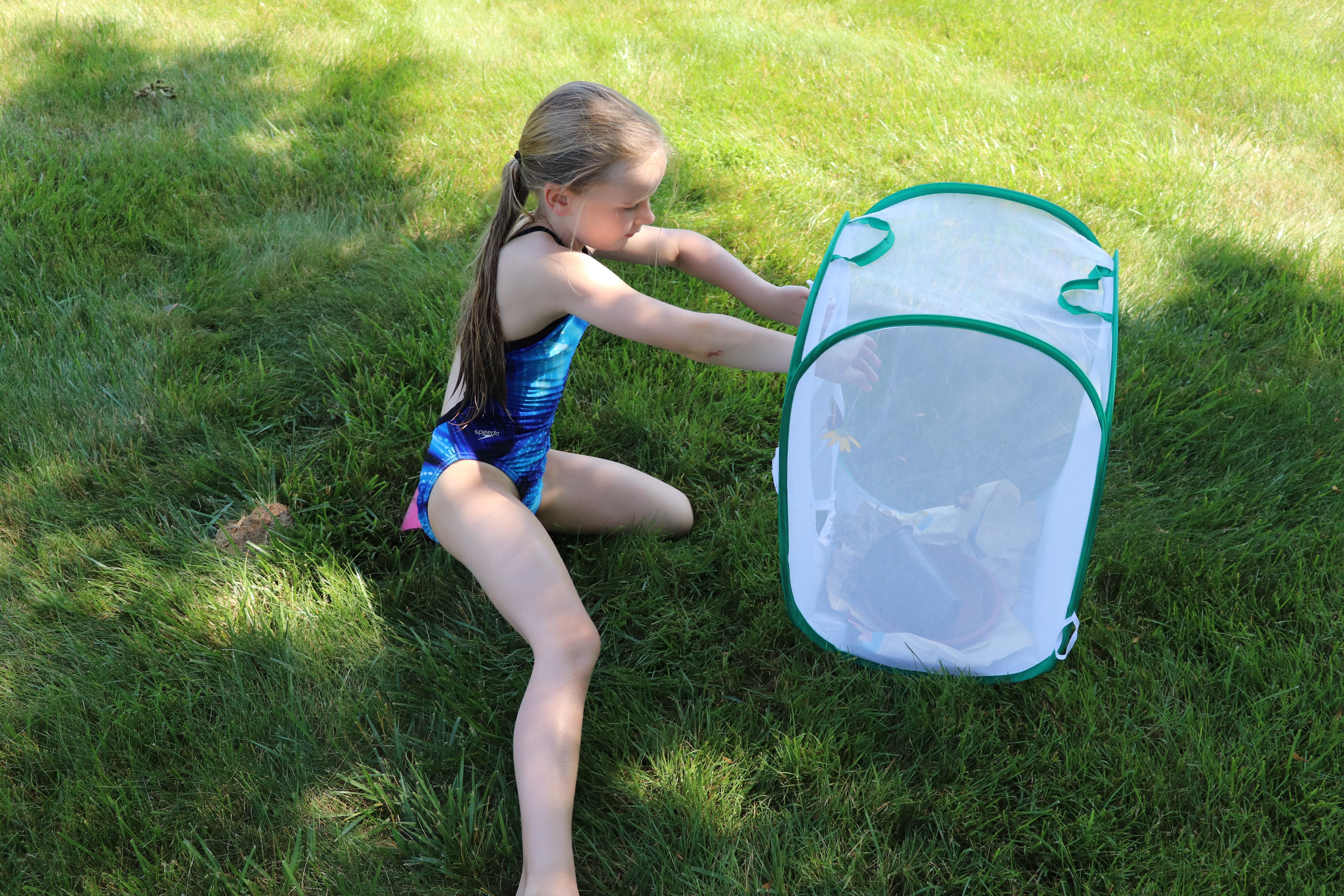 Finally, he landed on the flower as we had hoped he would do! 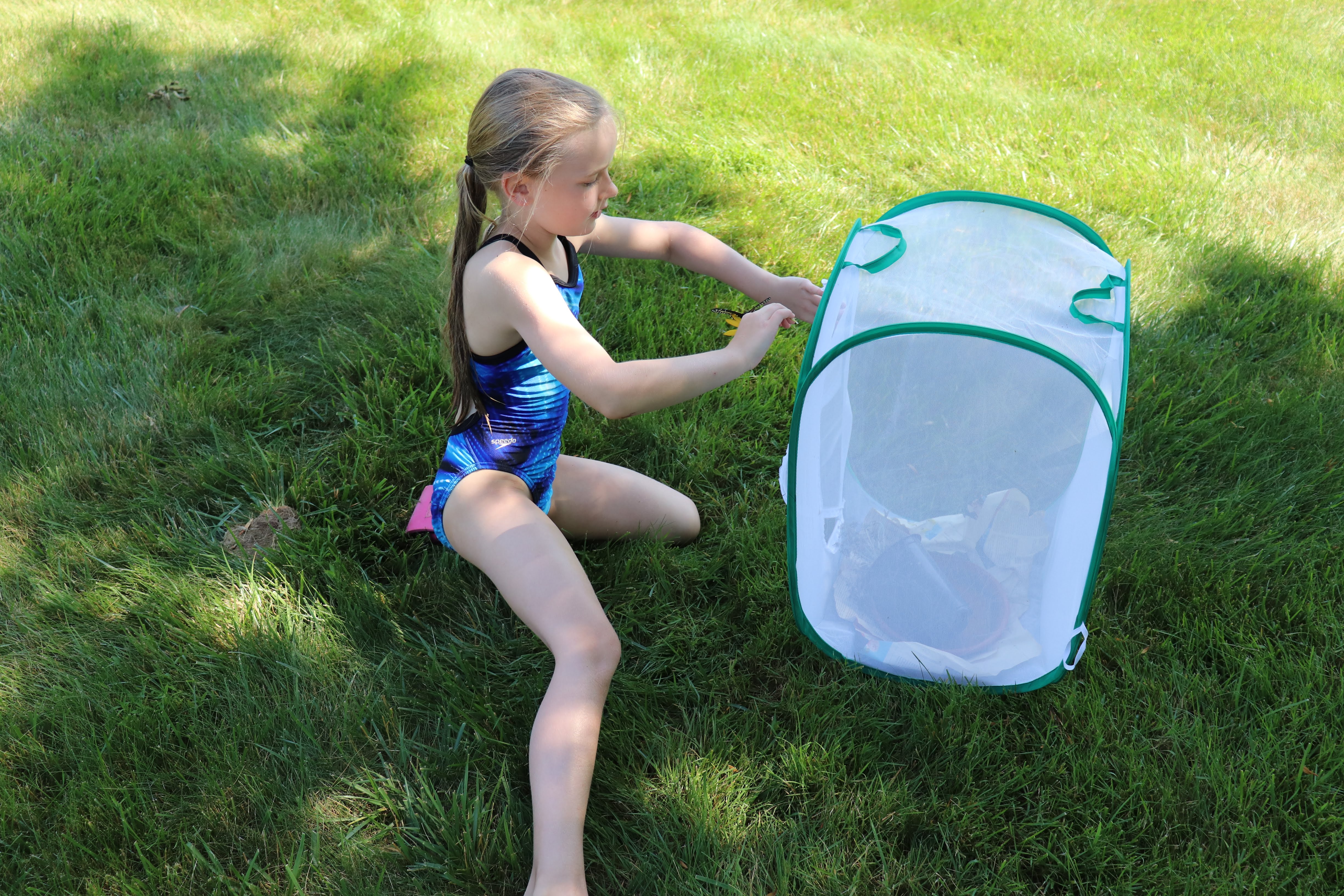 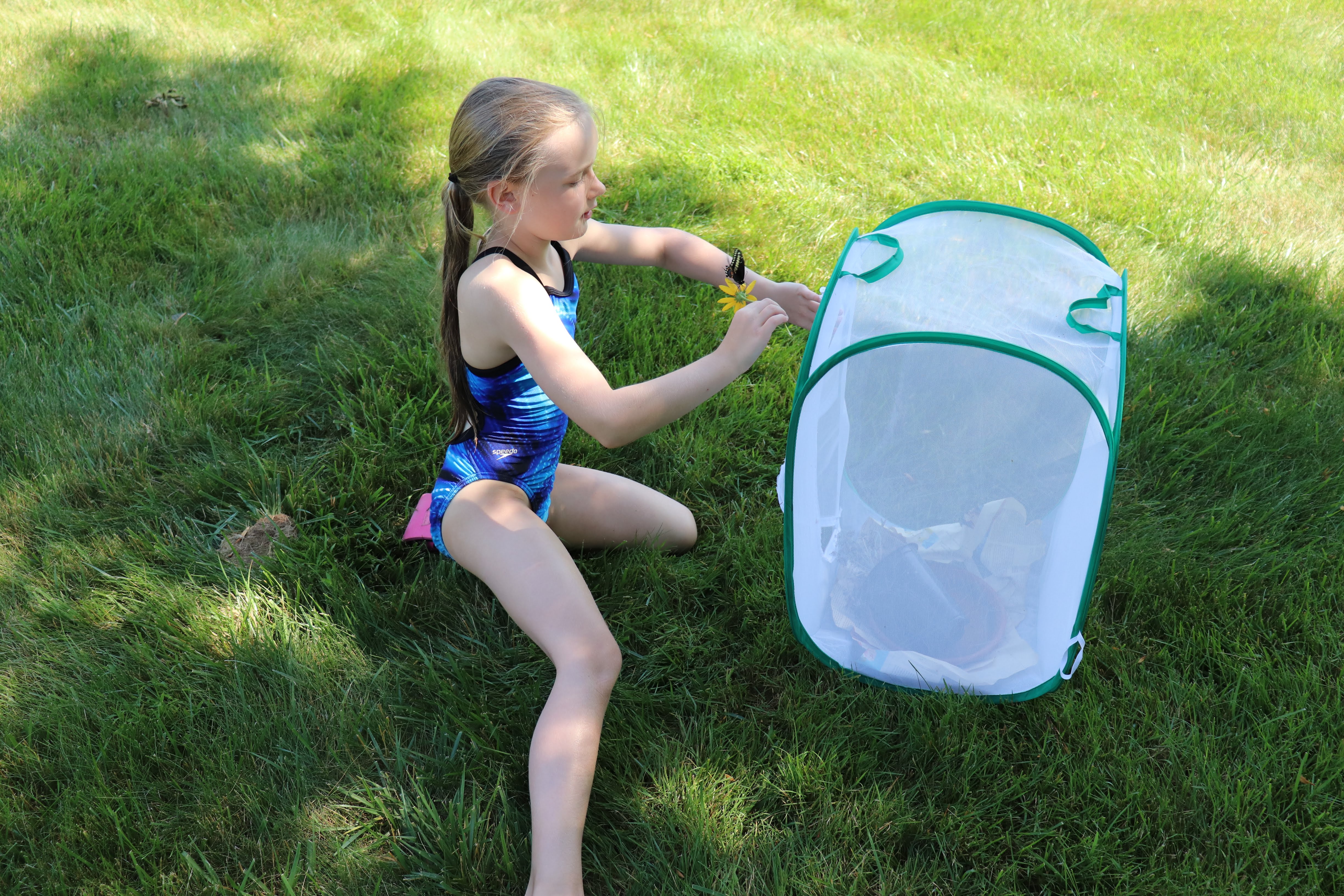 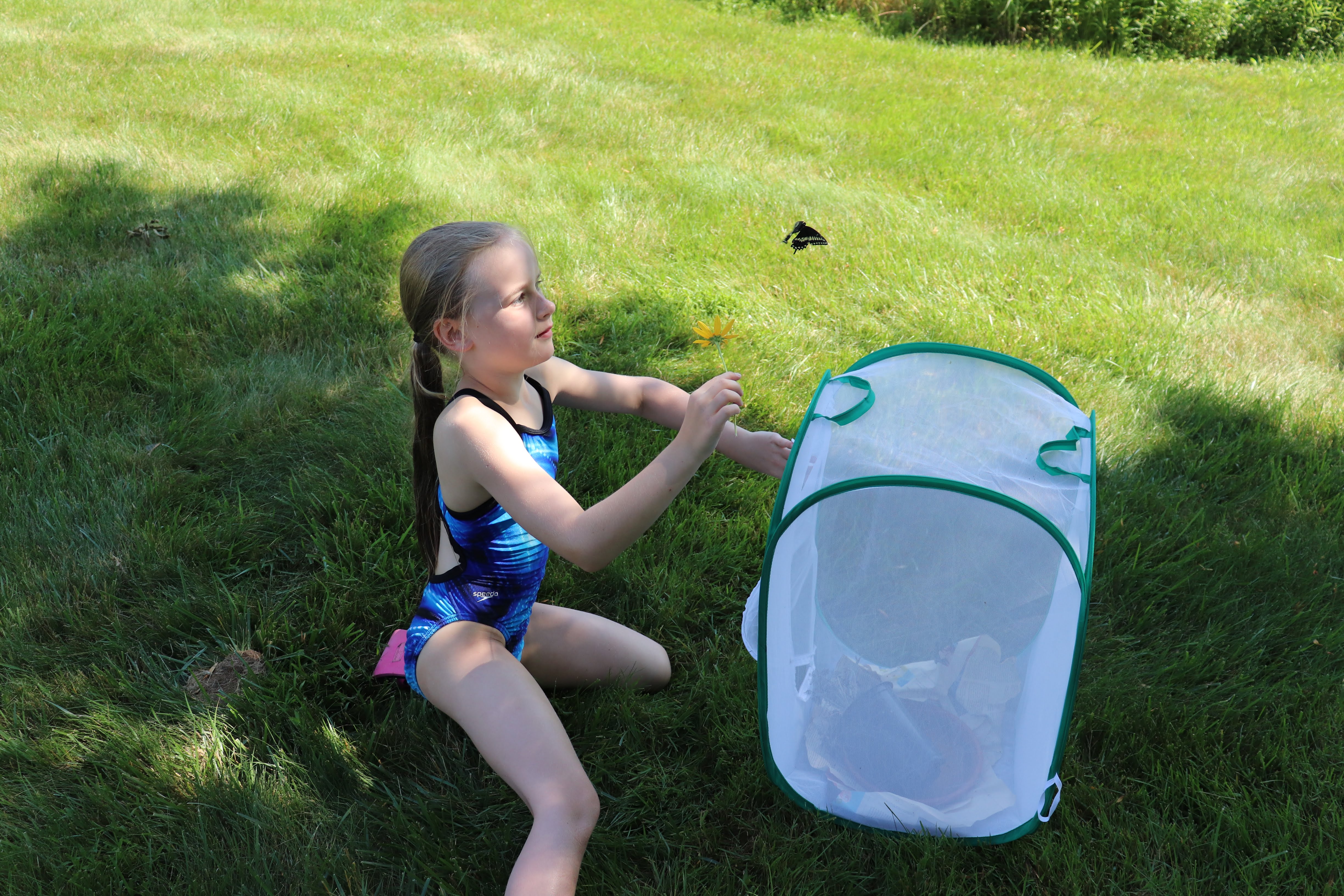 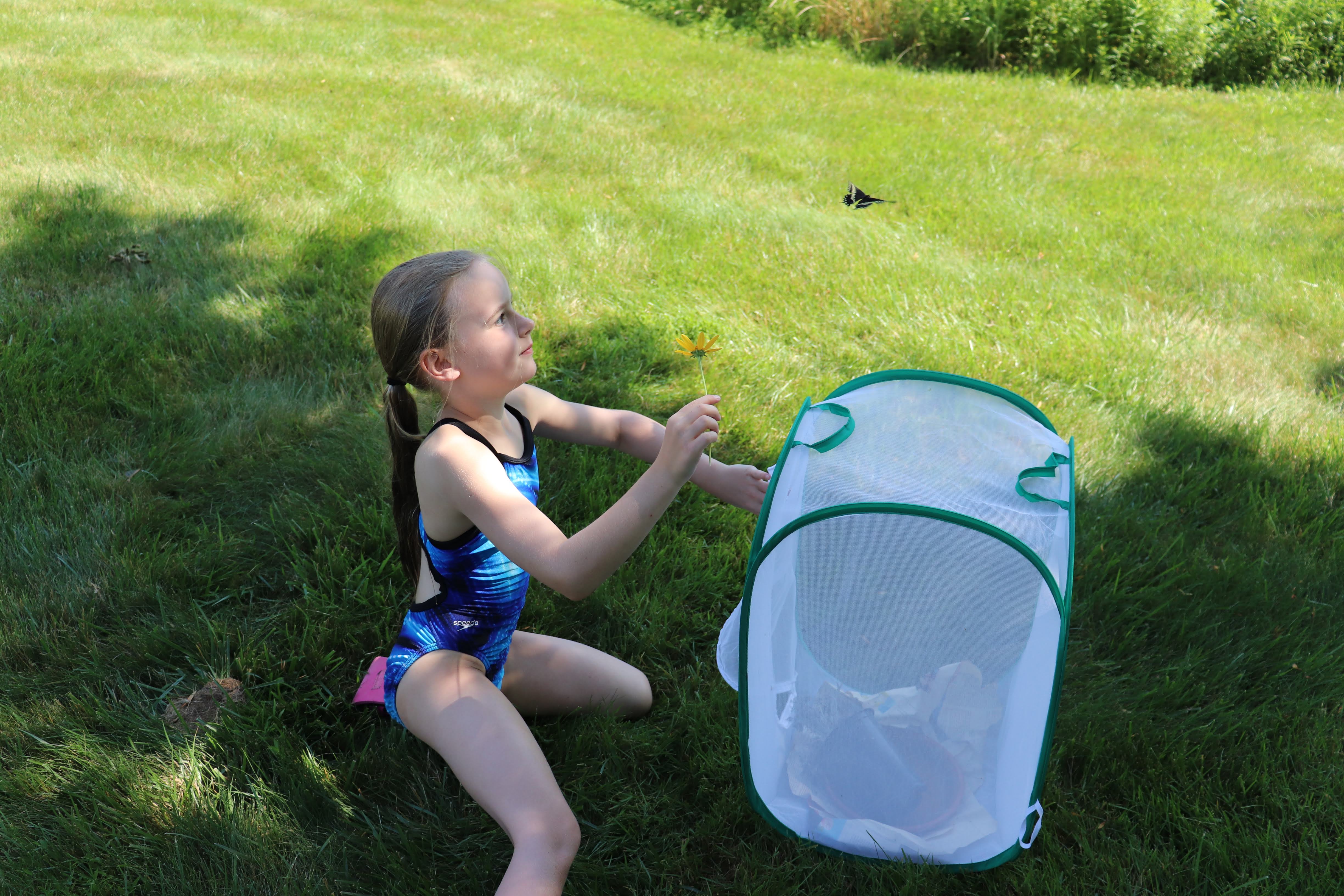 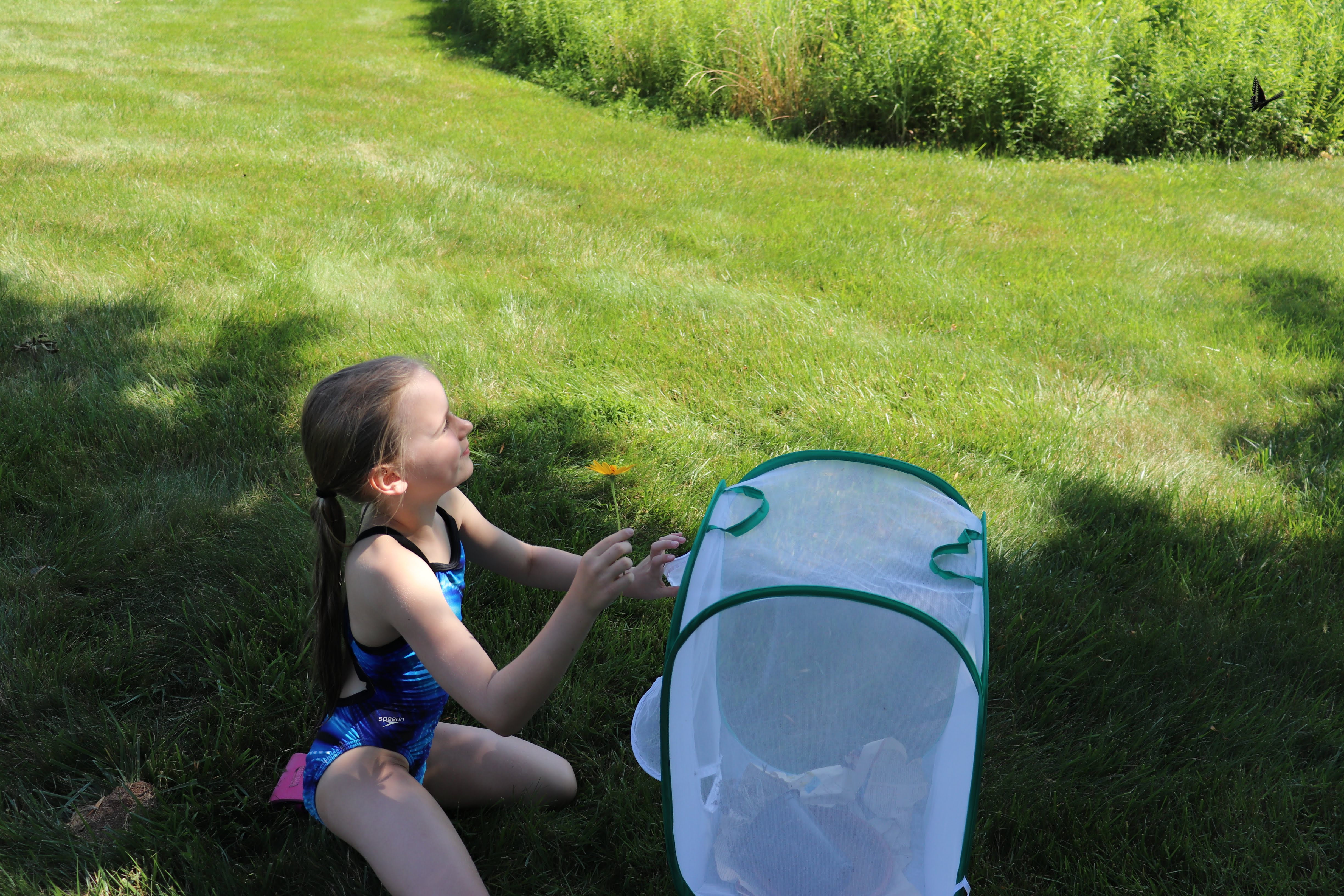 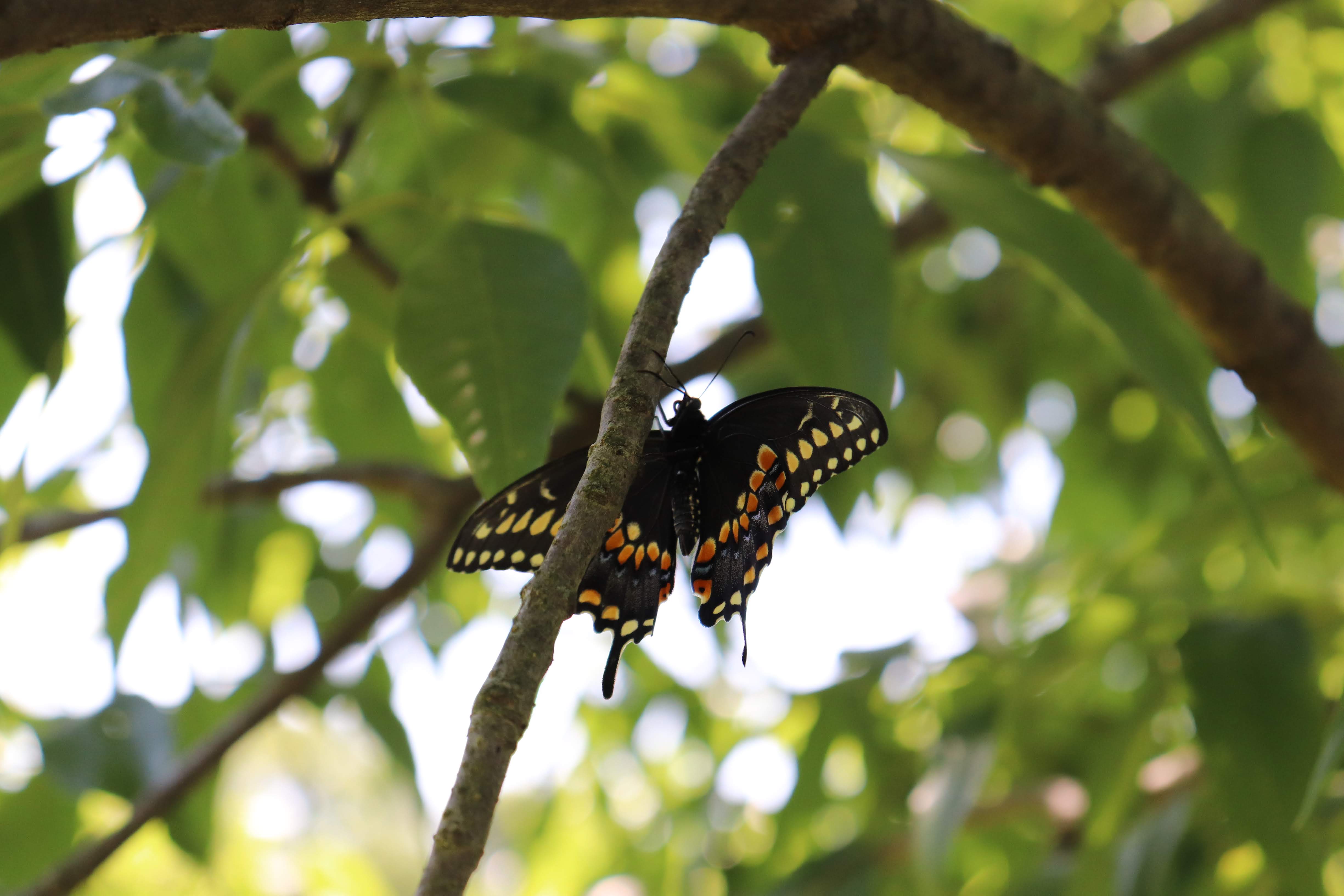 After he landed on the nearby tree, amazingly, Emma was able to get him to land back on the flower. 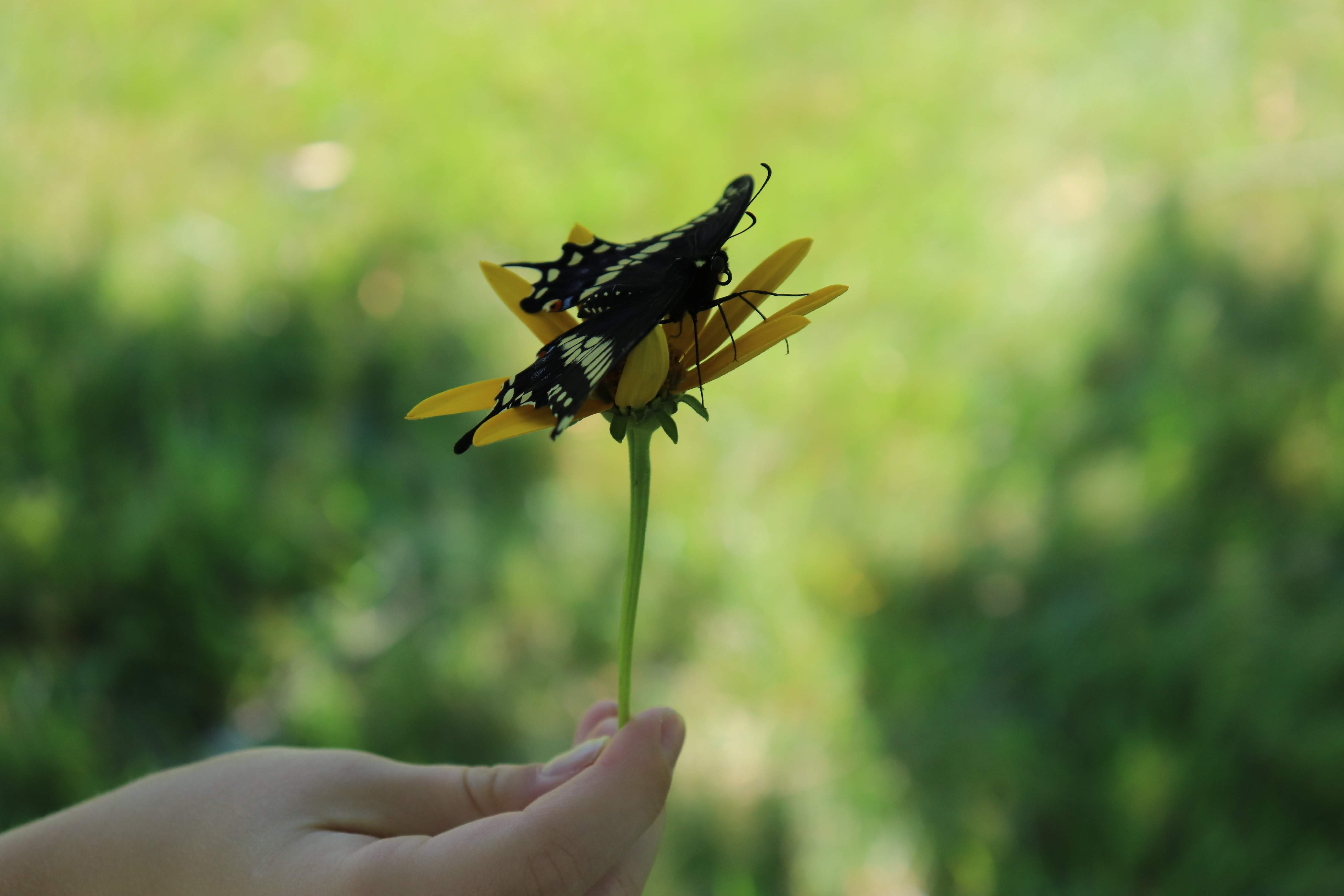 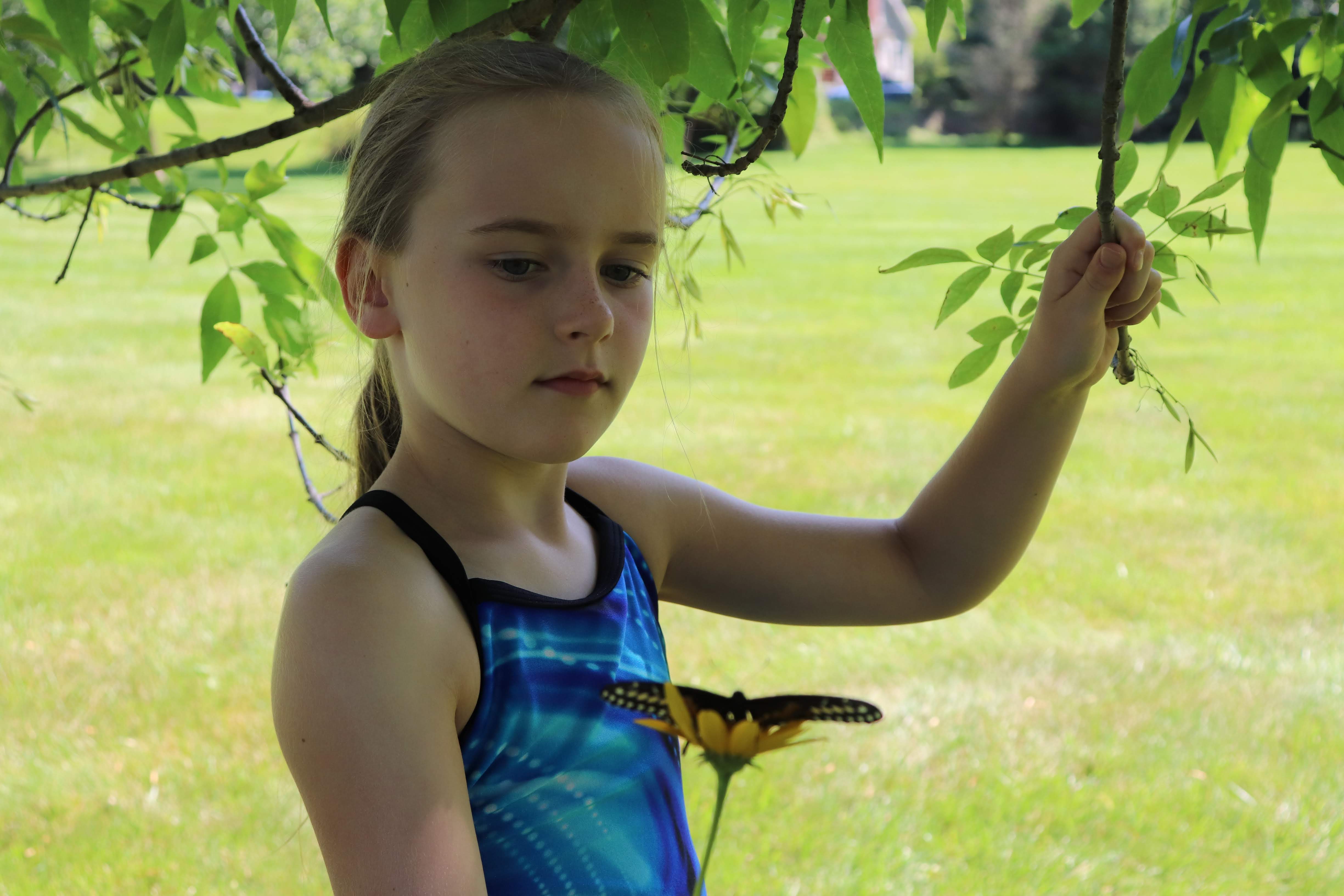 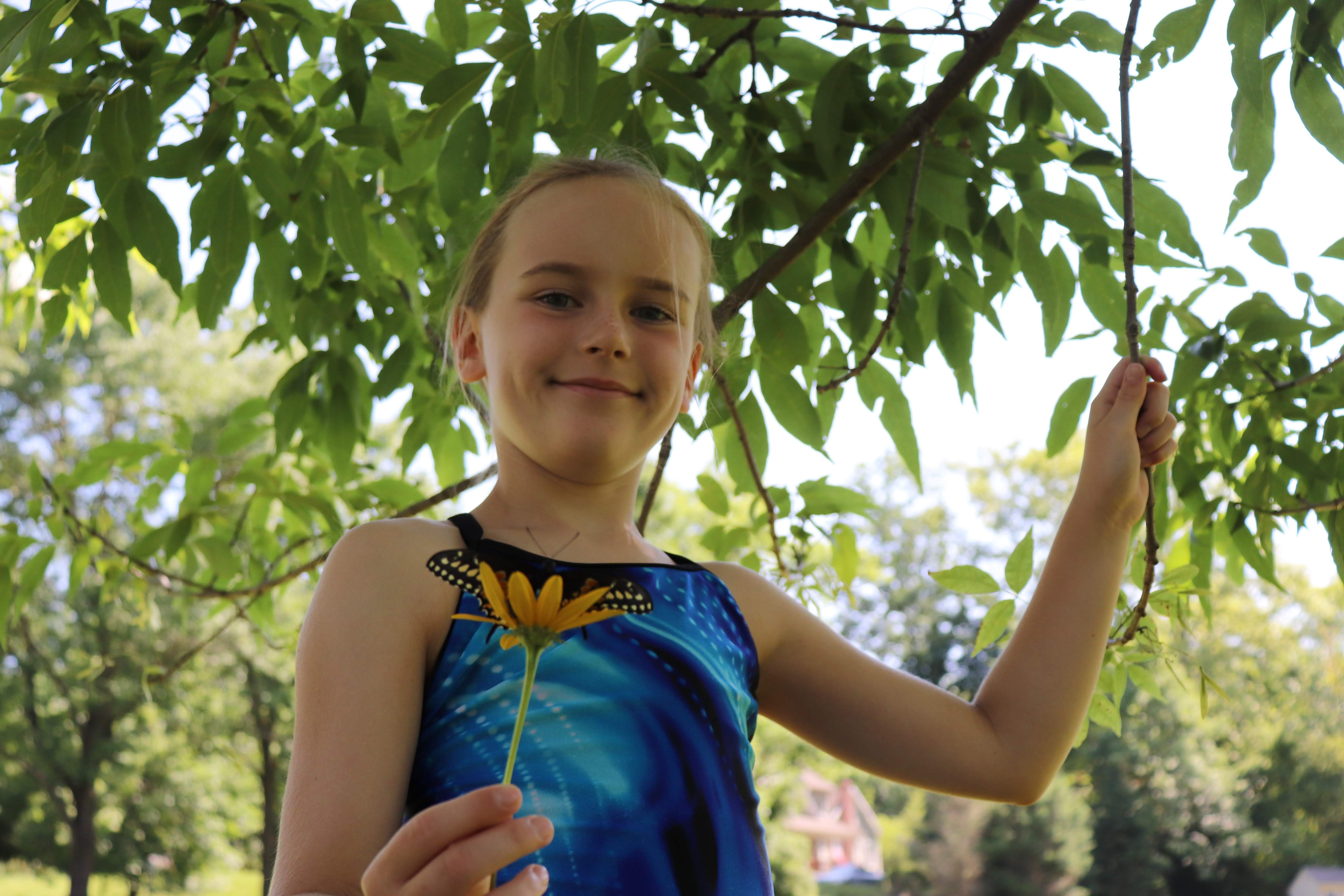 Bye bye Tricky! Your brother should join you in a few days. Or is it your sister? If it is a girl we will name her Rosie.