Tree Swallows and Dragonflies oh my! 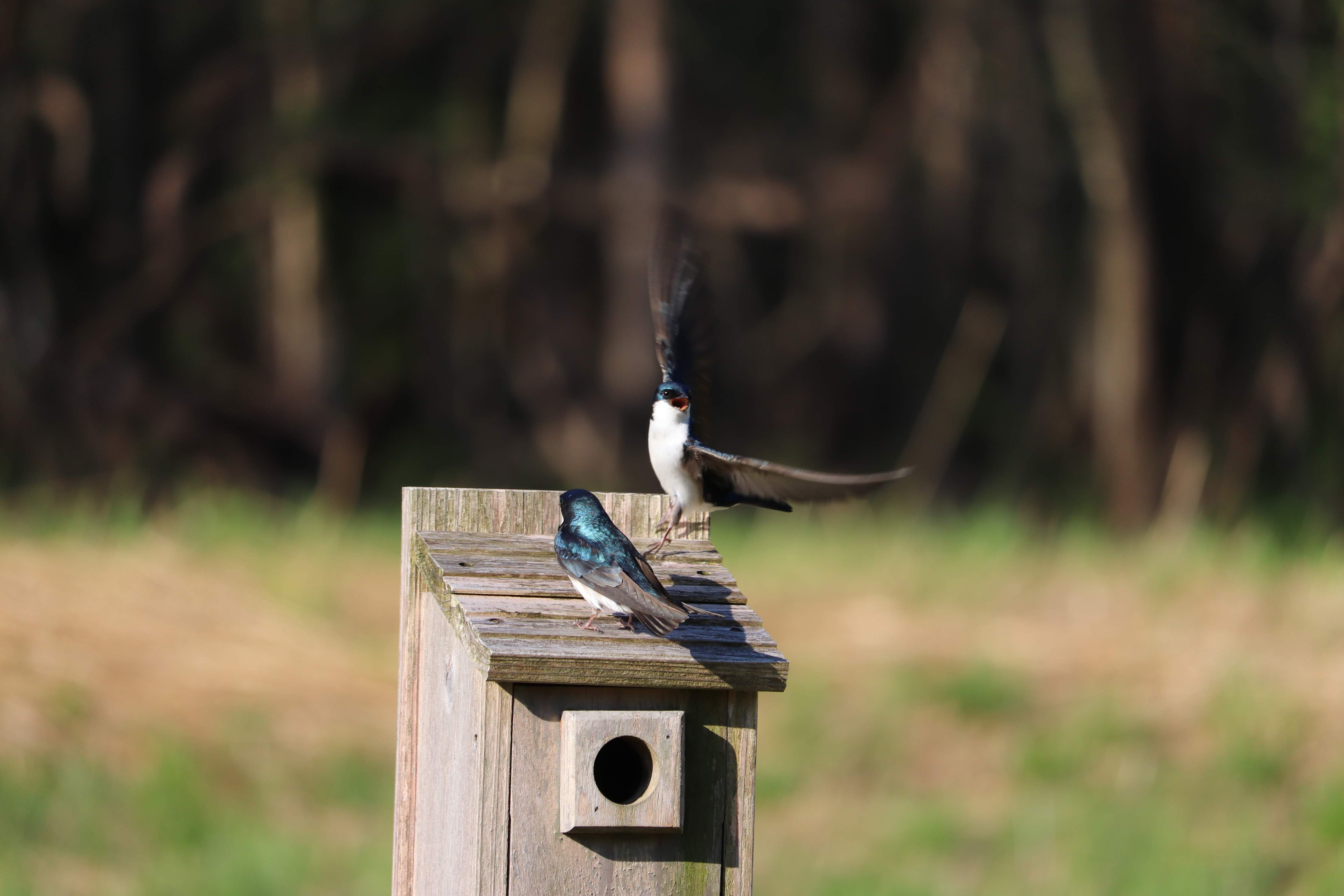 Of the nearly dozen or so nest boxes around our property, two in particular have caught my attention in the past few days. The above photo of the tree swallows was taken in April. Well, it’s early June now, and the babies are in, and they are noisy, and hungry.

Just before sundown tonight, my husband suggested I grab my camera and tripod and catch a few shots of the tree swallow house in the meadow that was making quite a racket as only baby birds can do. Here’s what I captured: 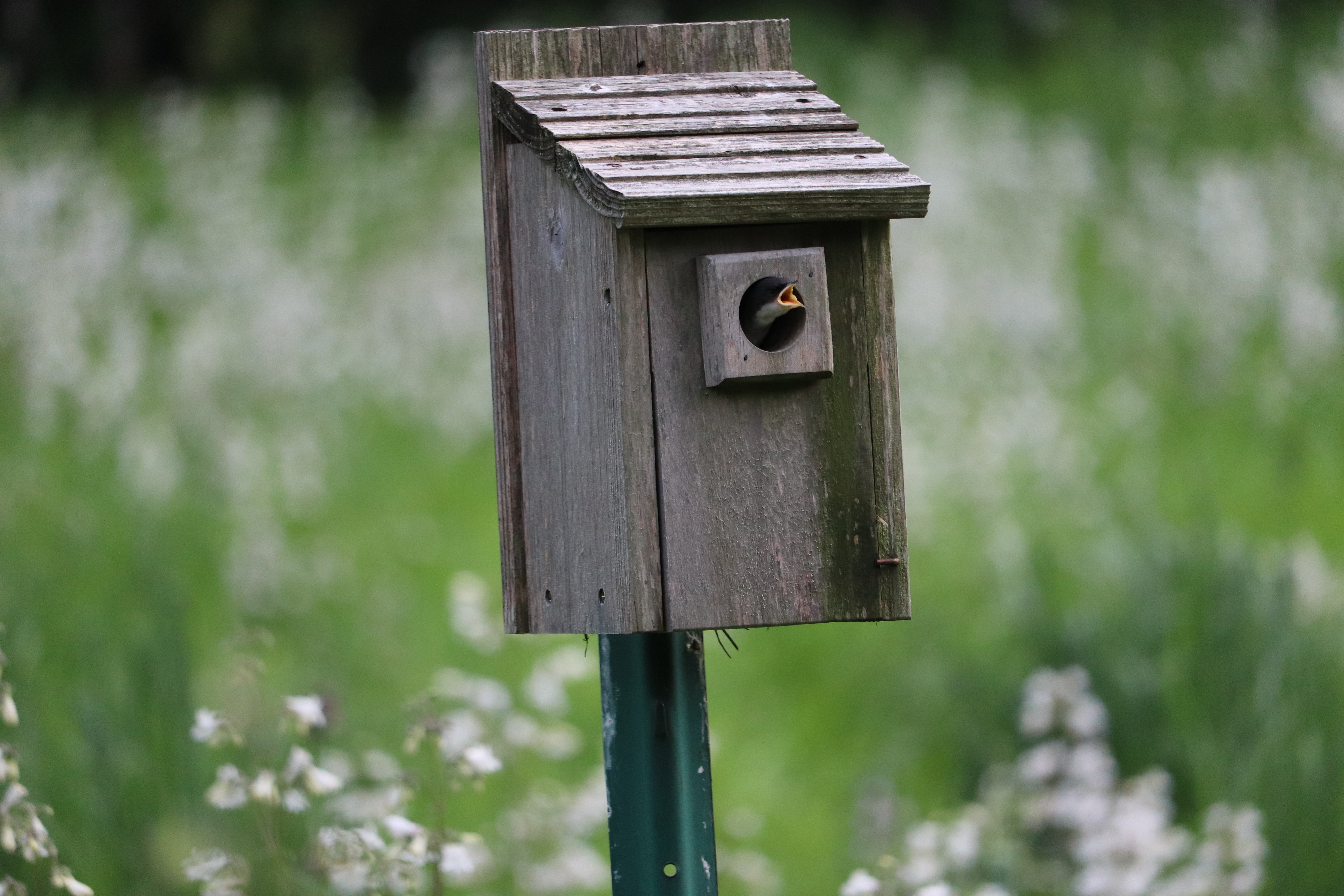 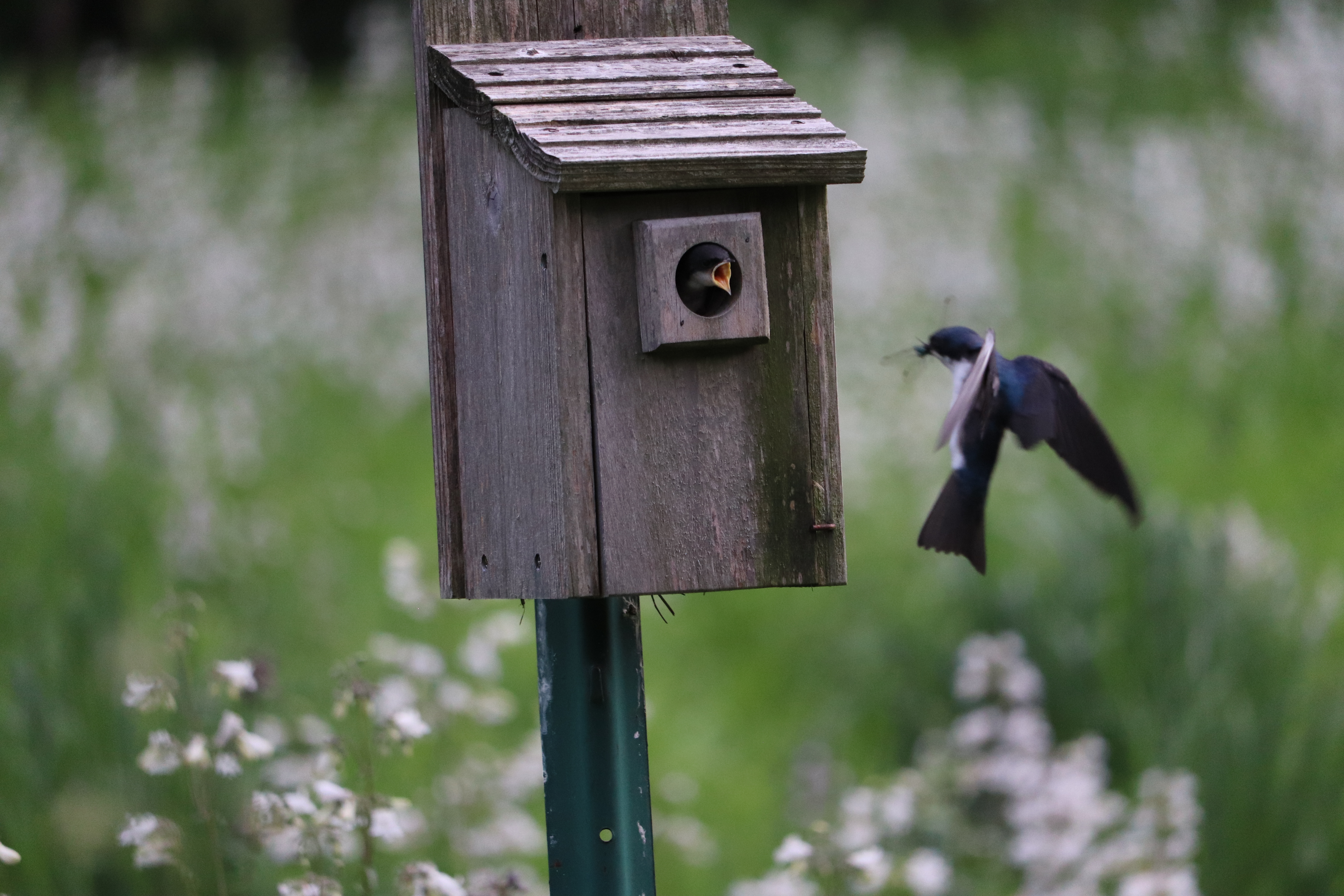 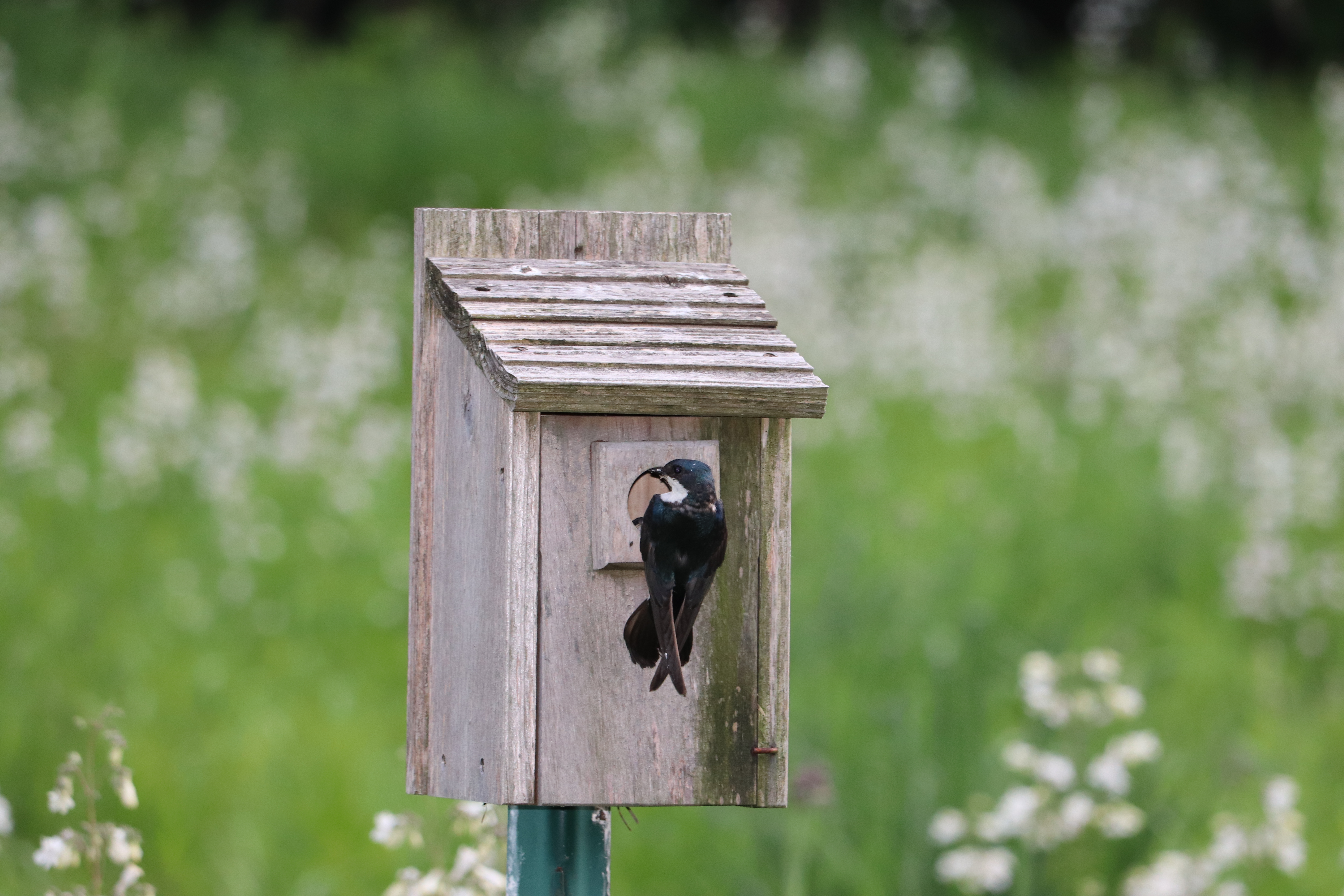 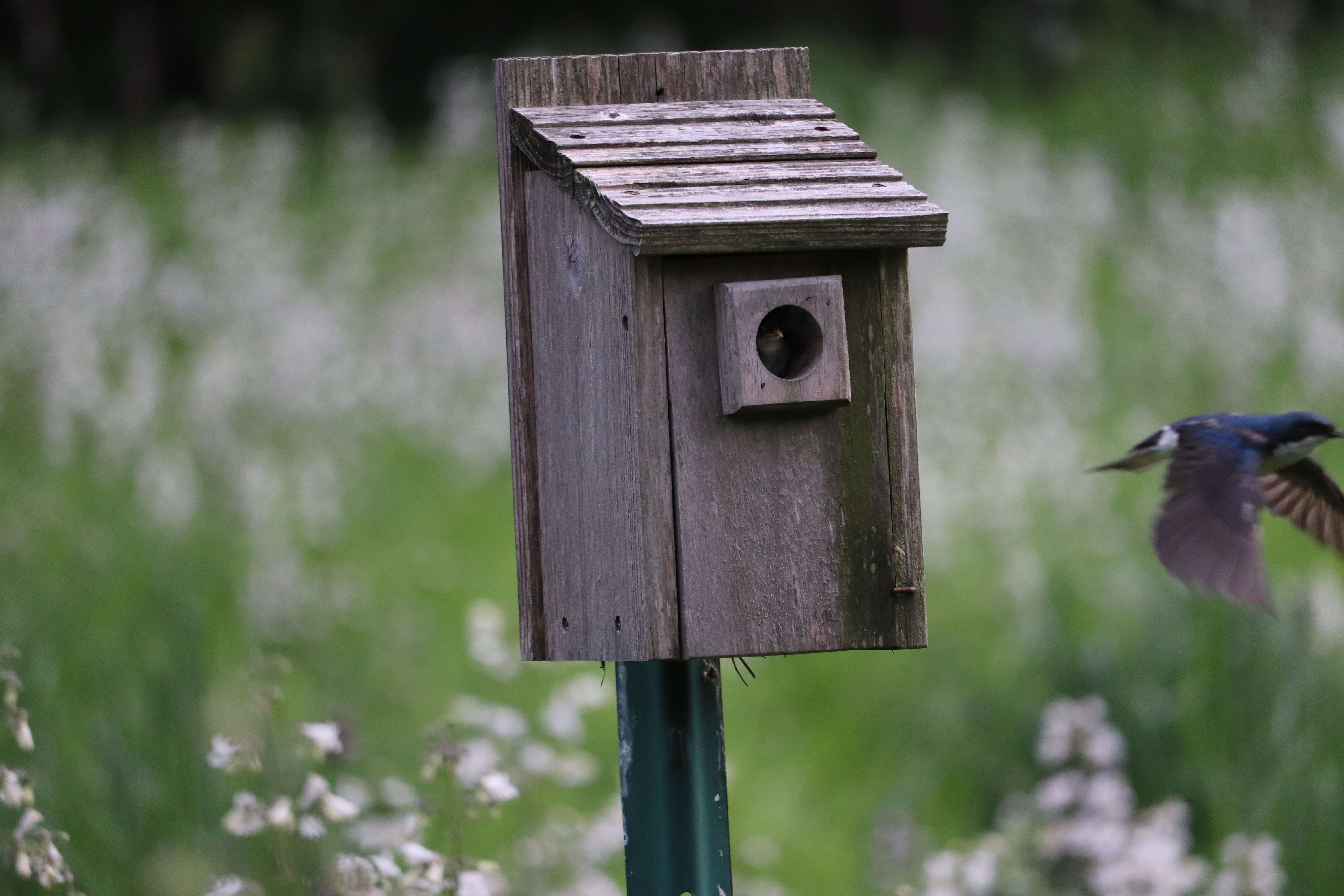 After posing in complete stillness for about ten mins, mama bird finally returned to the nest box to feed the fledglings. And hungry they were. It appears to me that tonight’s menu was dragonfly. After catching this moment on film, mama bird had had just about enough of me standing in her “zone” and she did in fact make a run at dive-bombing me. Thankfully, she was kind and didn’t get close enough to make wind in my hair, but she did give me enough of a warning that I did pick up the tripod and move on to another section of the meadow.

Meanwhile, on the north side of the house, Mr. and Mrs. House Wren were equally as busy feeding their young. Only they were much more wary of me and took a good 20 mins to return to the nest. I can’t tell for sure what they are eating, but perhaps a beetle of some sort. 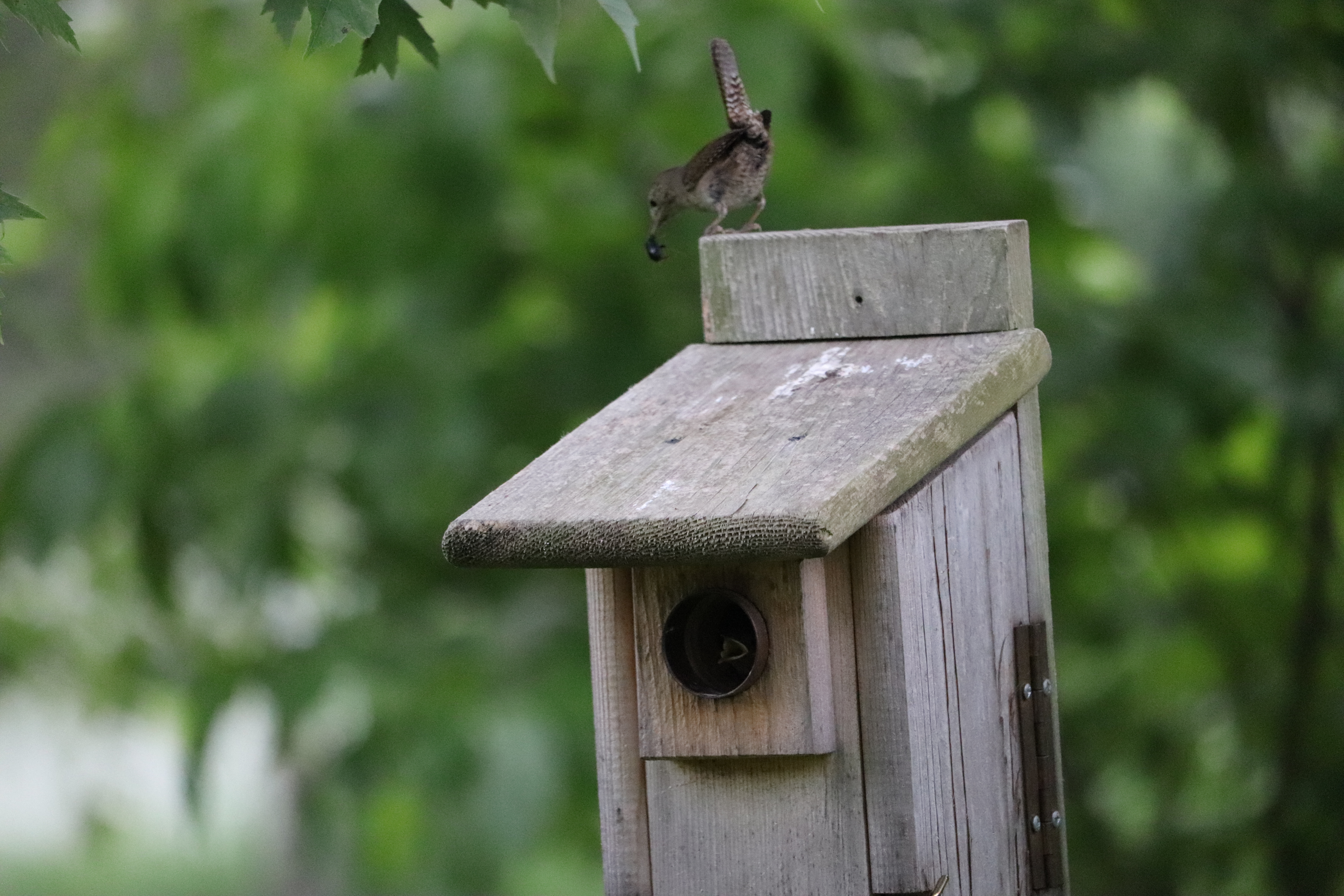 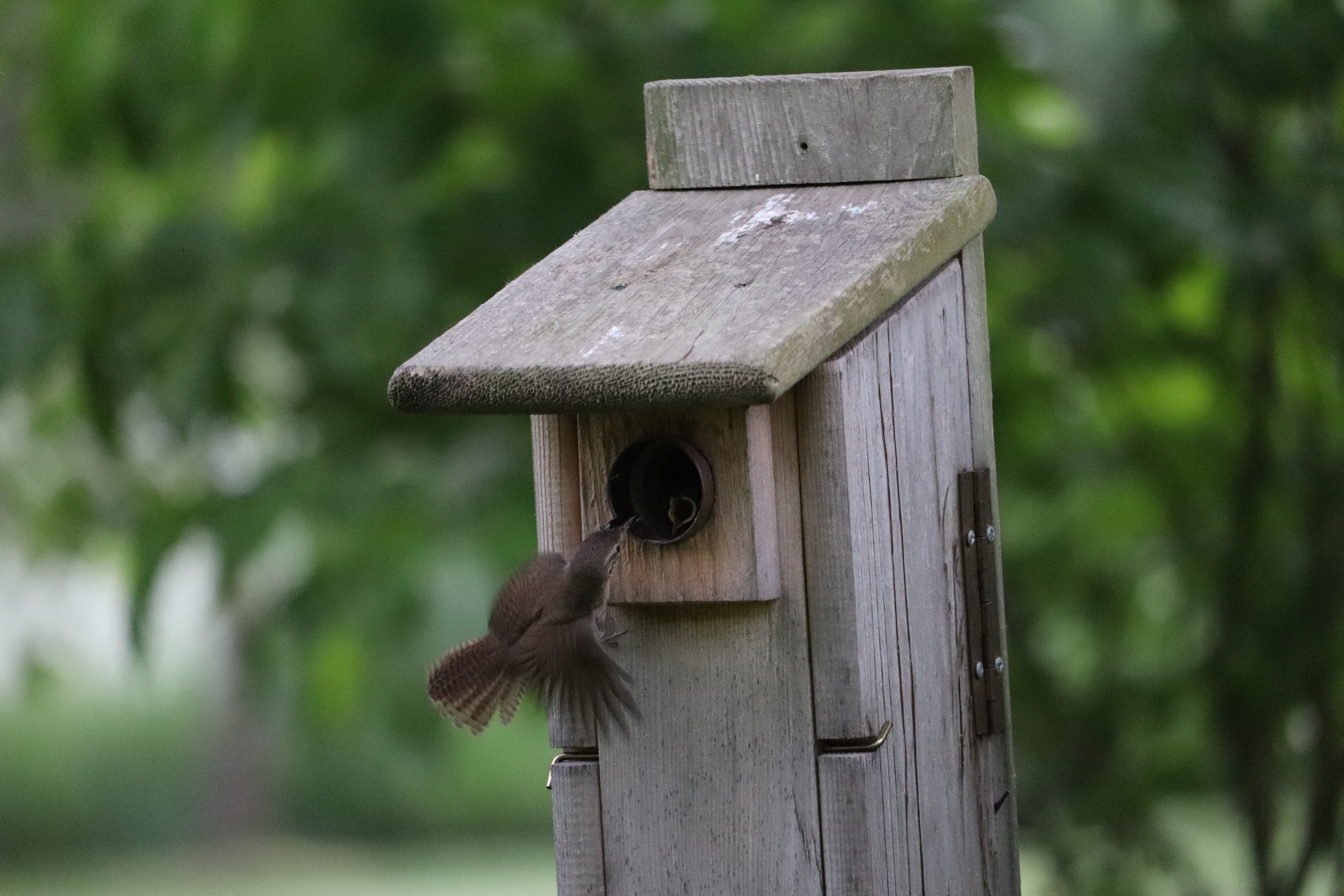 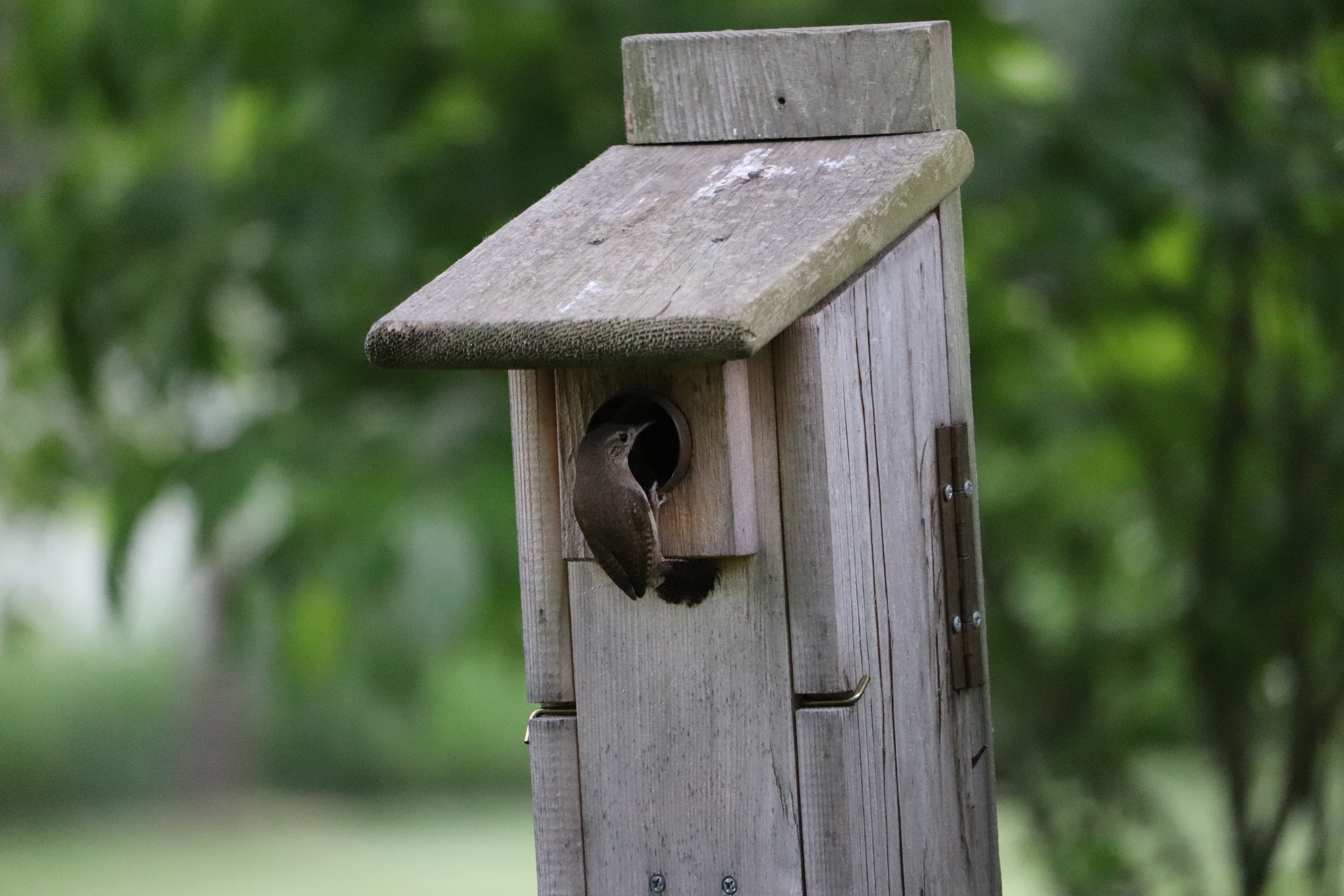 What an amazing thing to witness.

I am not really sure what amazes me more. The fact that a tree swallow can catch a dragonfly, or the fact that I am fortunate to see these happen only a few yards from the sides of my home.